You are here: Home / artist to artist / A Surprise Twist in Your Story 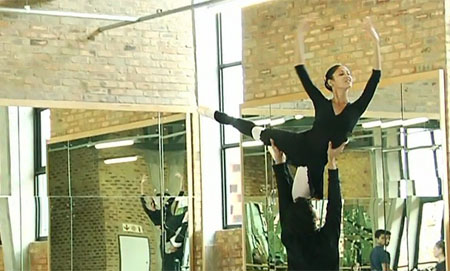 The creative process takes innumerable twists and turns, but in our conversations with artists, we sometimes ask them to describe an unexpected turn in their own personal story.

Here, we ask artists from a range of disciplines: Share a surprise twist in your story.

Alex Marzano-Lesnevich, writer
I feel like the surprise twists keep coming! But let’s go with my mother’s response when I informed her that her daughter planned to take a perfectly good, freshly minted Harvard JD and use it to become an unemployed writer: “Thank God, I never thought you’d be happy as a lawyer.” I’ll always be grateful she said that. (Though I do sometimes wish she’d spoken up before I racked up three years of law loans!)

Charlotte Meehan, Artistic Director of Sleeping Weazel
I’m a 9/11 refugee. If the tragedy of that day had not occurred, I might still be living in my fifth floor walk-up on Grand and Mulberry in Little Italy. Shocks me to say this as a die-hard New Yorker, but I’m very glad to be here in New England where the sky is endless and there’s time to dream. I’m also very excited by the explosion of new theatre companies in Boston right now.

Huckleberry Delsignore, crochet artist
I have no clue how to read a crochet pattern.

Daphne Kalotay, writer
My novel, Russian Winter, came out in Macedonian. I didn’t even know what the language was and had to look it up… Who would have thought such a thing would happen for a traditional, realistic novel by a writer whose work is usually described as “quiet?”

Ellen Wetmore, multi-disciplinary artist
I sometimes wish I was a surgeon. The money! The fame! The civic praise!

Ilie Ruby, writer
Well, talk about a confluence of events, not two months after my husband and I decided to adopt 3 children from Africa, I received word that my novel had been accepted for publication. I had waited for both things for such a long time. As synchronicity would have it, they both came along at once! So, I became a new mom and a new author within the span of a few months! What followed was a whole lot of learning, growing, and editing manuscripts while sitting at my daughter’s soccer practice and on the bench at the playground. It is a juggling act to say the least – but one I wouldn’t change for the world! This has undoubtedly been one of the most magical times of my life.

Liz Devlin, curator (with a surprise twist we ardently hope never comes to pass)
Our protagonist steps on stage to accept her Lifetime Achievement Award, and then spontaneously bursts into flames. Surprise!

What’s the surprise twist in your story? Leave a comment to join the conversation.

Image: Still image from an early cut of SECUNDARIA, a film by Mary Jane Doherty, premiering at the Independent Film Festival Boston April 24-30, 2013. The film follows ballet dancers in Cuba, including a young dancer whose story takes a surprising turn.