1001, Jason Grote‘s theatrical reinvention of The Arabian Nights, opens tonight in Boston, in a production by the adventurous Company One.

Mr. Grote, who has family ties to Massachusetts, is a Brooklyn-based playwright/screenwriter and a past reviewer for our Artist Fellowships. Intrigued by the writer and his new production in Boston, we poked our nose into his business with a nano-interview, and he poked right back with the following A’s to our Q’s. 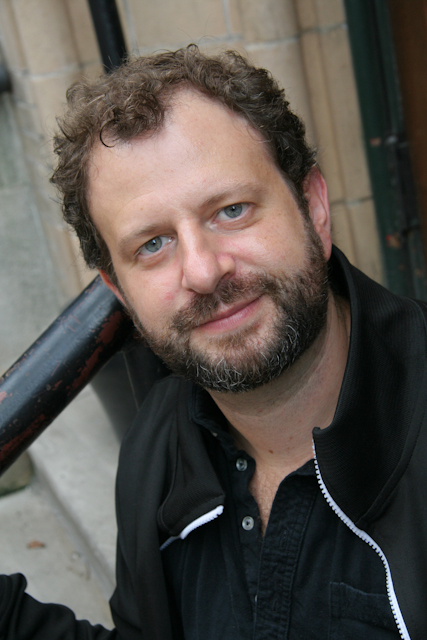 What artist(s) do you most admire but work nothing like?
I’d say ensemble/auteur creators like Elevator Repair Service, The Civilians, Young Jean Lee, and so on. As an audience member I gravitate towards what’s called “devised work,” and my most successful plays to date (including 1001) vaguely resemble this kind of work — but I’m definitely a writer by temperament. This is one of the reasons I enjoy writing for television so much, as it combines collaborative with writerly methods.

What’s the worst day job you’ve ever had?
Ugh, I’ve had dozens, but probably the worst was working for a contractor at the Javitz Center whose name escapes me now. I had to wear an ill-fitting yellow baseball hat with the words “May I Help You?” written across the forehead, and police a line at a tech conference while horrible yuppies made fun of me. I guess the supervisor knew how awful the gig was, because at the beginning of the week he said that if any of us walked off the job before the end of the week, he would do whatever he could to delay our paychecks. This was, of course, totally illegal but I desperately needed the seven dollars an hour or whatever sad amount it was, so I stuck it out until the end of the conference and never returned the contractor’s calls again.

What’s the most embarrassing line of dialogue you’ve ever written?
I can’t remember it exactly, but it was something like “I’m not stupid, you know. I’ve read Camille Paglia.” I don’t know why I thought Camille Paglia was an unassailable example of intellectual sophistication, but I definitely meant it without any irony. I was 23.

Computer, longhand, or typewriter?
Longhand, then computer, then print it out and write longhand on it again, and back and forth ad infinitum.

Have you ever performed your own writing, and if so, did you revise it mid-performance?
Yes, and yes. I’ve done stand-up comedy and solo performance, though I no longer do either very often.

What’s next?
I’m currently writing for the Broadway-themed NBC/Steven Spielberg show Smash under the supervision of the amazing Theresa Rebeck, premiering February 2012. 1001 is running in Chicago at the same time Company One is doing it in Boston — it’s a revival of Collaboraction‘s 2010 production, directed by the brilliant Seth Bockley.

My latest play Civilization (all you can eat) is being done by Woolly Mammoth in DC and Salvage Vanguard in Austin in early 2012. Over the long term I’m working on a musical adaptation of 1001 with composer Marisa Michelson and a new play about Stalin and Shostakovich commissioned by Seattle’s ACT. 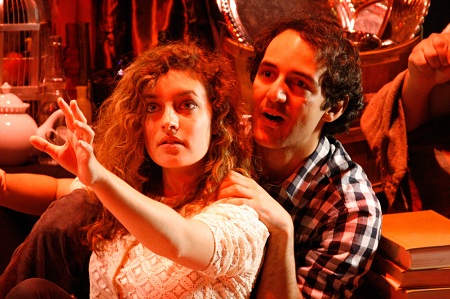 1001 by Jason Grote, directed by Megan Sandberg-Zakian, opens tonight, produced by Company One at the Boston Center for the Arts. The show runs through August 13, 2011. See a video trailer and learn more about the production.