You are here: Home / artist voices / Plot Twists in the Ilie Ruby Story 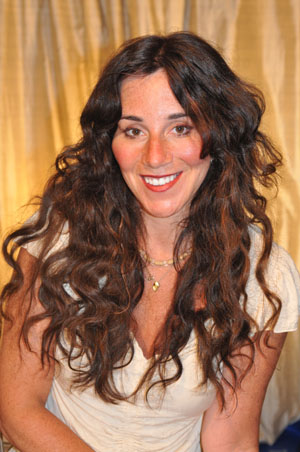 Ilie Ruby is a Boston-area writer and painter whose about-to-be-published novel, The Language of Trees, has gotten some choice praise from the likes of Gregory Maguire (Wicked) and Publishers Weekly. In Massachusetts, Ilie has upcoming readings at Brookline Booksmith (7/27), Newtonville Books (8/3), and Concord Bookshop (9/12).

Here’s a nano-interview with Ilie, an artist at a pivotal time in her career (and life, as it turns out)!

What’s the best/worst day job you’ve ever had?
Best, writing reviews on PBS documentaries for 8 hours a day. What could be better than watching documentaries and then writing about them? The worst job, handing out flyers in Boston’s Faneuil Hall on Christmas Day when I was 23. I stood outside in the snow for 8 hours without a hat and contracted the worst flu I’d ever had.

Who wins the poets vs. prose writers paint ball war?
Poets. They think fast and know how to hit you where it counts.

Do you secretly dream of being a) a pop icon, b) an algebra teacher, and/or c) a crime-solver/writer a la Jessica Fletcher?
A pop star. Whatever you do, do not search for IlieRubyBand on MySpace. 🙂 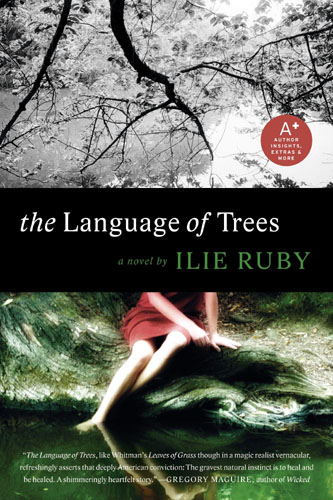 Like, what does your work MEAN?
I don’t intentionally set out to convey a message, but what usually comes through is the idea that people can make the biggest mistakes of their lives and still come out okay. Life is an animal that can turn in an instant… in a good way. There is life after life. People need to have hope in the face of tragedy. This much I know.

What’s the most surprising response to your work you’ve ever received?
I once had a short story ravaged by wolves in a writing workshop. When I left, barely able to speak, a friend suggested that the best revenge was revision. I looked over the story, dotted some i’s, crossed some t’s, and decided I was happy with it as it was. The situation really could not get any worse, I thought. Then I haphazardly tossed the story into a box marked “contest,” (not knowing what contest it actually was). A few weeks later I received a phone call: “Congratulations, your story has just won the Edwin L. Moses Award for Fiction chosen by T.C. Boyle! The biggest award at USC.” I received a huge prize, a small amount of satisfaction, and learned never again to listen to wolves.

Ilie’s book tour for The Language of Trees launches at Borders NYC Columbus Circle on July 22 at 7 PM. Massachusetts readings include Brookline Booksmith on July 27, 7 PM; Newtonville Books on August 3 at 7 PM; and the Concord Bookshop on September 12 at 3 PM.

Ilie Ruby is a painter and author.