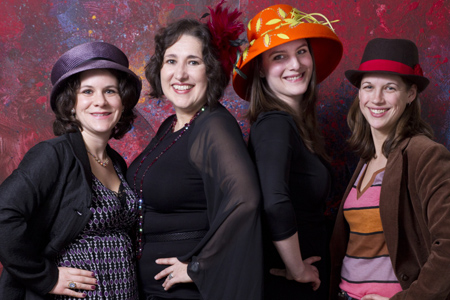 Recently, the multi-disciplinary performing arts troupe Sleeping Weazel marked its dramatic arrival to the New England theatre scene. We checked in with the group’s leader, playwright Charlotte Meehan, about the company, its past/future, and its fascinating Artistic Director.

Why Sleeping Weazel, the org.? Why Sleeping Weazel, the name?
Sleeping Weazel was originally founded in 1998 by my late husband David G. Hopkins to produce independent films, live and audio theatre, and a multi-genre experimental web magazine based in Bristol, UK. After David moved to New York to live with me, we continued our collaborations until his untimely death in 2004. This iteration of Sleeping Weazel, which we just launched with a festive party/performance night at The Factory Theatre in Boston, is a brand new endeavor I have taken on with three of my former Wheaton College students, Adara Meyers, Amanda Weir, and Jess Foster. We are producing live performance and music in Boston and presenting art works online for viewing across the globe on our Vimeo channel.

The name Sleeping Weazel alludes to the idea of “dreaming awake,” or being in a productive state of unconsciousness wherein the artist works to imagine and manifest what was previously outside the realm of possibility. In extending the invitation to join a work of art finding its way to new dimensions, the imaginary becomes a place of enchantment, growth, and abundant potential for all participants. In today’s economy, this is not an idea to “sell” and so the weazel himself is our wily little mascot slipping his way into the leaky system that is the American arts establishment. 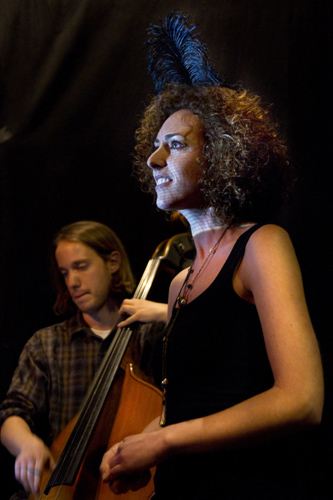 What’s the most surprising response to your art you’ve ever received?
Someone once said to me after seeing four of my short plays in an evening that I had to decide whether my plays are funny, or sad. I politely responded that I’d decided to leave that up to each audience member.

Share a surprise twist in the Charlotte Meehan story.
I’m a 9/11 refugee. If the tragedy of that day had not occurred, I might still be living in my fifth floor walk-up on Grand and Mulberry in Little Italy. Shocks me to say this as a die-hard New Yorker, but I’m very glad to be here in New England where the sky is endless and there’s time to dream. I’m also very excited by the explosion of new theatre companies in Boston right now, and recently joined the Small Theatre Alliance through getting to know Meg Taintor and seeing the wonderful work of her company, Whistler in the Dark. It’s taken seven years to circle back to Sleeping Weazel after losing David, but I’m very proud to have reclaimed our company and look forward to sharing exciting new cross-disciplinary performance with the greater Boston community. 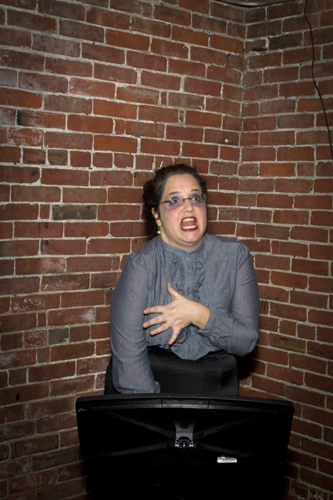 Like, what does your work MEAN?
Though perfectly capable of being charming and entertaining, my plays are stubbornly idiosyncratic in form and philosophical in nature. Others have described them as surreal fables, multimedia dance theatre, operas, performance plays, and choreopoems. Whatever form each play takes, the full array of circumstances that “ruin” people – childhood trauma, unexamined privilege, mental illness, frailty of character, war, poverty, etc. – make up a significant part of my theatrical landscape. I’m also very interested in how American culture in this late stage of Capitalism encourages all forms of predation upon the neurotic masses for profit and in the impossibility of communication that ensues. Fortunately, this can all be quite hilarious.

What do you listen to while you create?
Sometimes nothing, but I was greatly influenced by Erik Satie’s Les Inspiration Insolites and Nick Drake’s Pink Moon while writing Ceci n’est pas une Pièce (this is not a play), a sound performance version of which can be heard on my website.

What’s next?
Next up is an evening of performance and song by our affiliated artists on March 13 at The Factory Theatre. Erik Ehn, Head of Playwriting at Brown University, will present one of his puppet plays from Soulographie, a commemorative performance cycle, that will premiere at La Mama in New York in November. Also performing will be the incomparable Magdalena Gomez and a few other surprise guests. You must come and see… 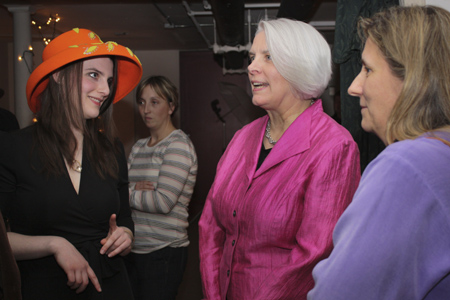