You are here: Home / artist voices / Daphne Kalotay and the Macedonian Twist

Daphne Kalotay is the author of the acclaimed short story collection Calamity and Other Stories (Doubleday, 2005) and the novel Russian Winter (Harper, 2010). The latter, a critically lauded tale of a former Bolshoi Ballet star and the stirring of her secret past, is now out in paperback. We checked in with Daphne with a nano-interview – just in time for a June 14 reading at Porter Square Books in Cambridge. 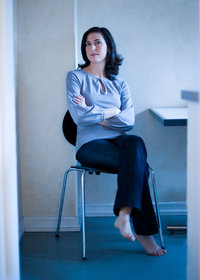 What artist do you most admire but work nothing like?
Stravinsky apparently did a headstand every day before starting work. I often do yoga first thing in the morning, but it has yet to turn me into an experimental genius.

What’s the best/worst day job you’ve ever had?
The worst job I had was at a copy shop, the summer before I went to college. Not only was it mind-crushingly boring, but it of course also meant dealing with finicky photocopiers and documents that were suddenly too long or too small or had staples that needed to be removed, or some other frustration…. Everyone has at some point had to deal with jammed printer paper or toner getting smeared all over everything – but imagine doing that all day long.

As for the best job, I have it right now, in that I’m giving myself a chance to write full-time. If only the job came with a salary and health coverage, then it would be perfect.

Share a surprise twist in the Daphne Kalotay story.
My novel, Russian Winter, is coming out in Macedonian. I didn’t even know what the language was and had to look it up. Of course it’s thrilling to see your book in any foreign language, and just knowing that readers in another country have access to it is profoundly moving. But it’s even stranger when the letters are Cyrillic or Korean or some other characters you’re completely unable to read. The surprising thing to me is not just that foreign publishers have taken my novel under their wing but that it’s now coming out in less-common languages. I call it a surprise twist, because who would have thought such a thing would happen for a a traditional, realistic novel by a writer whose work is usually described as “quiet?” In fact, my first book was described even less glamorously, as “stories of ordinary life.” 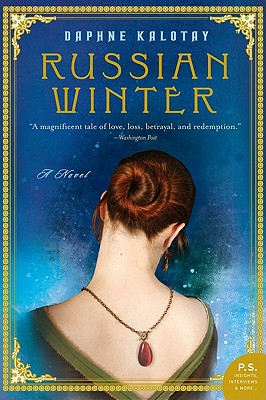 How many revisions does your work typically go through?
Too many to count. Really. If I kept track, then I’d have to admit just how cost-ineffective the entire enterprise is and would probably never write again.

Of course it’s possible to over-revise, but most people don’t revise enough. I know it sounds schoolmarm-ish, but it’s true. The ability to revise is probably the most underrated and necessary skill, even more important than imagination. Because your imagination will only get you so far; then you need to fix everything up – develop it fully, make sure it flows and is well-formed, that it isn’t under-baked or overly wordy or unnecessarily confusing. From what I’ve seen as a writing teacher, in most cases what stops aspiring writers from reaching their goal is an unwillingness to revise as much as is truly necessary.

What’s the most surprising response to your work you’ve ever received?
A teenager in France recently wrote to say that he wanted to turn my novel into a movie – but that since he’s just 17 it would probably be 5 years or so until he’s able to direct a film. I find such modesty rare and refreshing.

Daphne joins local ballet luminary Marie Paquet-Nesson for a dual event at Porter Square Books in Cambridge on June 14, 2011, at 7 PM. Daphne will read from her novel Russian Winter, now in paperback. Ms. Paquet-Nesson will read from Ballet to the Corps, her memoir of a long career performing and teaching ballet.

Daphne Kalotay is the author of Russian Winter and Calamity and Other Stories, which was short-listed for the 2005 Story Prize, A former fellow of the Christopher Isherwood Foundation, Yaddo, and the MacDowell Colony, she lives in the Boston area.