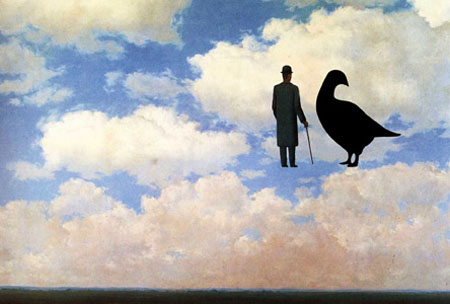 Elsewhere is a potent concept in art. But the work that people like Liz Devlin of FLUX. Boston are doing, everyday, to add a bit of awesome to the local art scene sure makes us glad to be here.

Liz, along with creating the online arts journal FLUX. Boston, is curating the show Elsewhere at Distillery Gallery in Boston. We asked her about her work’s fluctuations, surprise twists, and proverbial elsewheres. 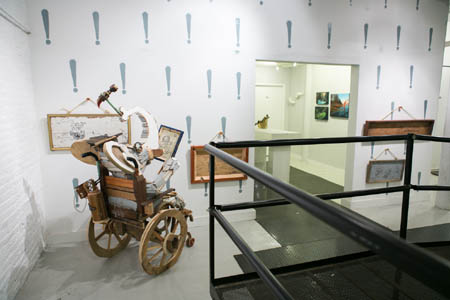 Where is elsewhere (as far as this show is concerned)?
Elsewhere in the context of the show isn’t necessarily a place, but more of a concept – anything that shakes you from your routine and enables you to see the world through a different lens. It’s about taking the gallery experience and freeing it from the notion of four white walls passively observed and instead engaging viewers, making them a part of the conversation. Whether it’s inspiration derived from daydreaming, or train/plain/automobile/hoof travel to places on Earth or otherworldly, it’s about reigniting that part of the soul that feels energized and inspired by our surroundings.

Curating is like being a) an ancient meteorologist, b) a PR chief for a secret society, c) a whale song conductor, or d) (Fill in the blank).
Whale song conductor seems most fitting. The artists are the ones creating the music whose meaning is left up to interpretation. In a group show setting, the strength and unique qualities of each individual voice are only heightened by the power of the collective sound. My role is to organize, oversee, and manage these voices in order to maximize flow, minimize discordance, and enable each to shine in their own unique way. In keeping with the idea of whales, the artists are the ones on the oceanic stage. I am simply there to support their endeavors, ensure no one gets beached, and then I just keep my head down and fingers crossed in the weeks leading up to an exhibition. 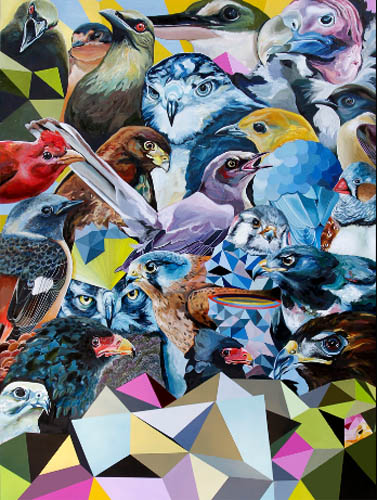 What’s the most surprising response to your work you’ve ever had?
At the last show, Offline at Voltage Coffee and Art in Kendall Square, a man came up to me and hurriedly dragged me over to a painting. He went on about how he loved the piece and proceeded to ask me every-little-thing about it. A modern day Spanish Inquisition. Why were certain elements included? Hidden messages? Deeper meaning? Medium/scale/pigment decisions? This conversation went on for about fifteen minutes and I happily answered as much as I knew about the background of the painting, which hilariously enough was a crying portrait of Brenda Walsh from 90210 that says “F*** You All” underneath. Anyway, when he specifically asked why *I* chose to paint Brenda in a certain way, I then realized he thought I was Elizabeth Grammaticas the famed artist, not Liz Devlin the not-as-glamorous curator. At that moment, the twinkling stars left his eyes and he looked like a little boy who had just gotten a lint roller for Christmas.

The unauthorized biography of your life is titled:
The 25th Hour.

Share a surprise twist in the Liz Devlin story.
Our protagonist steps on stage to accept her Lifetime Achievement Award, and then spontaneously bursts into flames. 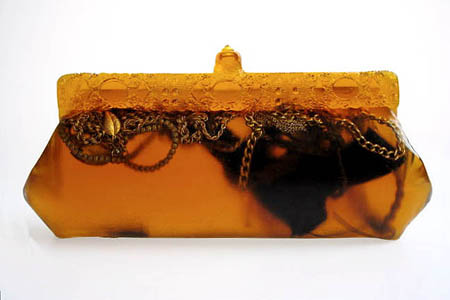 What is the most misunderstood aspect of being a curator?
I think some individuals believe curating is simply a matter of choosing artists you think are “cool,” getting gussied, and throwing parti… soirees. Which I suppose is the public facing side of things, but people don’t see you scrambling to pick up work from galleries, crawling on the floor to paint scuffed walls in a side scrunchie, talking artists off the ledge when they are stressed, and waking up in a cold sweat in the middle of the night because you can’t remember if you bought enough nails from Home Depot. But that being said (and as cheesy as it may be), it’s all worth it in the end to see an idea that existed in your head only a few short months ago come to fruition and end up more amazing than you could have ever conceived. It’s extremely rewarding.

Most curious item to come across FLUX Boston’s (proverbial) desk?
Sometimes I get letters from readers here and abroad asking to showcase their work on FLUX. or in a gallery. And I wish I still had the email, but I once had an artist from Italy write me a really short and sweet note (possibly canned) along the lines of, “Hey! Love your site, it would mean so much to me if you might consider showcasing my work :)” Emoticons and everything. So I opened up the attachments, which downloaded line by line, and I couldn’t even handle what emerged. He had sent over, maybe two dozen poorly rendered paintings of Adolf Hitler in various incarnations. Some Hitlers were in frilly bikinis, with duck bodies, picking flowers, in a kiddy pool, adorned with 90 breasts, unicorn horns, covered in upside crosses with blood spurting out of his eyes. I guess the best thing to do when you receive an email like that is to thank the artist for their submission and hit “save.”

FLUX. Boston is most directly akin to a) the Flux Capacitor b) Aeon Flux or c) creative spelling of “flukes”
Selfishly, I am going to say Aeon Flux because that was one of my “when the parents are sleeping…” guilty pleasures growing up. Aeon was rogue, intelligent, witty and a strong powerful female figure. She was an unlikely hero – a defender of all things good in her own quirky way, and I can relate to that. FLUX. is a one woman show, and with that ownership comes the freedom to write about the people/places/things I like without asking permission or consulting a committee. And although I can’t catch a fly in my eyelashes or do a back handspring off a cliff while holding a gun like Aeon can, I’m working on it. 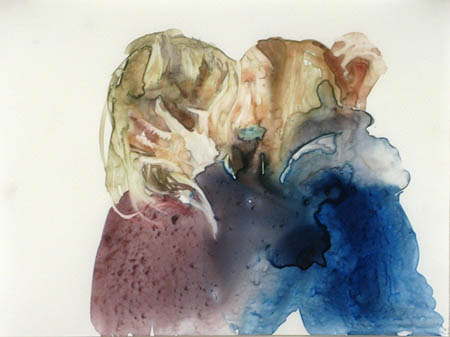 Liz Devlin is a curator, arts consultant, and creator of the blog FLUX. Boston.