You are here: Home / artist to artist / ArtSake Year in Review 2012

As we stand before the (nearly) blank canvas that is the year 2013, we thought we’d take the opportunity to look back and share some of our personal favorite posts from the year 2012. 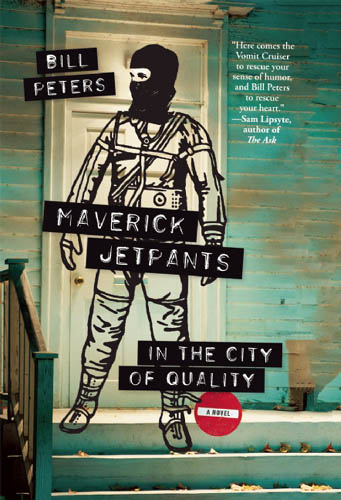 Bill Peters Talks Maverick Jetpants
It was especially fun to interview Bill Peters, a 2008 Fiction/Creative Nonfiction Fellow. His writing has stuck with us through the years for its one-of-a-kind voice. So when we learned that his novel-in-progress had evolved into Maverick Jetpants in the City of Quality, recently published by Black Balloon Press (and praised in the New York Times Book Review), we were excited to ask him about the book and its journey.

“The morning I turned in my final copy edits,” he says in the q&a, which is by turns highly entertaining and a fascinating look at the writing craft, “I corrected one last typo while waiting in line at FedEx. I could’ve gone another year editing, another five. After I mailed away the manuscript that morning, I thought: Well, I guess that’s why you write other stuff.” 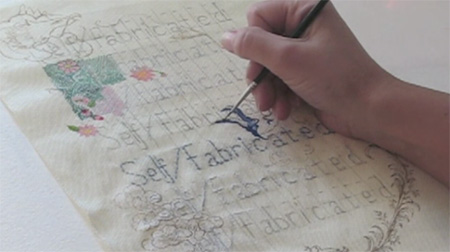 Cur8or
In exploring new art, we focus a lot on artists making new work (which makes sense), but it would be a mistake to overlook the role that curators have in shaping the local arts scene. So we started asking questions of curators. Eight of them. Thus, Cur8or.

Liz Devlin of FLUX.Boston is hilarious in her Cur8or, but she’s also refreshingly candid about what it means to be a curator: “I think some individuals believe curating is simply a matter of choosing artists you think are cool, getting gussied, and throwing (soirees). … People don’t see you scrambling to pick up work from galleries, crawling on the floor to paint scuffed walls in a side scrunchie, talking artists off the ledge when they are stressed, and waking up in a cold sweat in the middle of the night because you can’t remember if you bought enough nails from Home Depot.”

Candice Smith Corby and Leslie Schomp, terrific artists besides, curated the intriguing Self-Fabricated, about expressions of self using fabric and stitching. “We were imagining someone else curating us into their show,” they say in their witty and wonderful Cur8or, “both of us wishing some magic curator would call us up. … The lightbulb went off that we could organize our own show.” And to fund the catalog for the exhibition, the artist/curators used USA Projects, a crowdfunding site with a donation/rewards model. Crowdfunding was a major force in the arts in 2012, and we explored it numerous times on ArtSake. 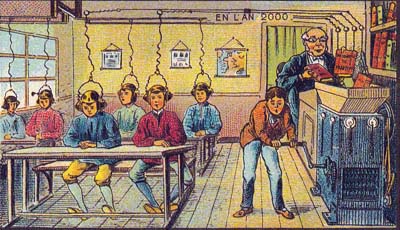 Grinding Out Opportunities
The most visited pages on our blog, by far, are the weekly Artist Opportunities round-ups (not surprising, since y’all are ambitious!). Every week, we assemble a list of calls to artists, residencies, contests, etc., and usually punctuate the posts with an antique or public domain image.

Among these, a personal favorite is the “grinder” drawing above, depicting the future of learning as imagined in the early 1900s. (Though I’m pleased that we, people of the future, have come up with slightly less grindy ways of imparting information.) 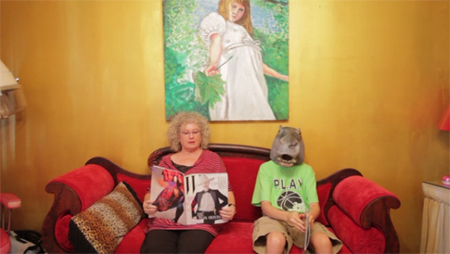 The True
2012 was the year of the Mike Daisey controversy, and how “the truth” should be handled in art is, well, a complicated question. We approached the topic from several angles on the blog: in a q&a, nonfiction writer Pagan Kennedy says that there’s never a need to bend the truth to make a story more interesting; “It’s entirely possible to find a whimsical, weird and heart-breaking tale that’s all true.”

In another post, Julie Akeret likens portraying the truth in art as an unearthing process, with different tools for different genres. “In documentary filmmaking, the shovel is a better tool,” says the filmmaker, who has worked in both fiction and nonfiction. “In fiction, I like the pick.” 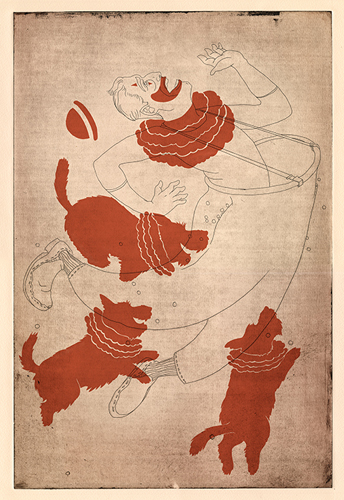 Art in Response to Art
This year, we started doing semi-monthly posts based on the Artist to Artist model – conversations with artists from different disciplines about topics central to their work and lives. We pose a question to a varied group of artists – such as How Do You Choose Your Titles?, Why Did You Decide to Become an Artist/Presenter?, and How Much Art Do You Give Away? – and compile the different responses, hoping to illuminate both the commonalities and the variances of different artists.

While all of the posts were interesting to put together, perhaps the most gratifying was Art in Response to Art, about artists whose art inspired or was inspired by work by another artist. It was fascinating to see how visions achieved in one medium might translate to or inspire ideas in another.

“Seeing their work on the wall just knocked me out,” says Brendan Mathews, on visual art inspired by his story My Last Attempt to Explain to You What Happened with the Lion Tamer. “It was a reminder in the best possible way that you don’t control what you create.”

In another Artist to Artist, we asked about how to foster a thriving arts community. Favorite answer? So many good ones, but it might be this, from Scott Listfield, “What makes an art community thrive? You. Doing stuff.”

Images: cover art for MAVERICK JETPANTS IN THE CITY OF QUALITY (Black Balloon Publishing, 2012); still image from USA Projects video for Self/Fabricated; FRANCE IN XXI CENTURY, SCHOOL, from WikiMedia Commons; still from THE HAIRCUT, a film by Julie Akeret; Maelle Doliveux, from the Cage Full of Beasts series, created in response to My Last Attempt to Explain to You What Happened with the Lion Tamer by Brendan Mathews.