You are here: Home / artist voices / Pagan Kennedy and a Career in “Not Fiction” 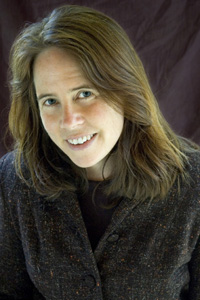 If you want to publish your first book and launch a career as a nonfiction writer, then Pagan Kennedy (Fiction/Creative Nonfiction Fellow ’10) may have a few ideas for you. A widely published writer, Pagan is getting ready to teach a year-long, “MFA-level” course at the Grub Street writers’ service organization called the Nonfiction Career Lab (applications accepted until by April 25, 2012).

We checked in with Pagan about the Grub St. class, the writing craft, and the “rules” of nonfiction.

ArtSake: What do you see as the optimal outcome (or outcomes) for someone taking the “Nonfiction Career Lab” program?

Pagan: During the year, students will have a chance to refine a book idea, produce a professional manuscript, and then show it to agent and editors. In other words, the program is designed as the perfect launchpad for anyone who aims to publish a book.

Students will also “build a platform,” learning to do all the zillions of micro-tasks that lead to a successful career in publishing. As a working writer, you have to be a Jack-of-all-trades. Ethan Gilsdorf, my co-instructor in the program, writes books, blog posts, magazine articles and opinion pieces. My own income comes from books, magazine pieces, film options and grants. So this is one of the skills that we want to pass onto students: How to juggle lots of assignments and end up with the coolest career in the world. In just the past couple of years, my work has taken me to the most amazing places: I’ve been wired up to a “telepathic iPhone,” learned the art of lock-picking and met a biologist who investigates “animal crime scenes.”

ArtSake: Now for the tough question: “nonfiction” or “non-fiction” (with a hyphen)?

Pagan: Maybe we should rename the genre “Not Fiction” – and go hyphen-free forever. I like that term because it reflects the true mishmash of the nonfiction genre; the only thing that holds us together is that we’re not writing fiction. “Nonfiction writers” practice a zillion styles and viewpoints: Creative nonfiction, literary nonfiction, journalism, story slam, documentary, memoir, biography, blogging.

Pagan: There’s a debate raging right now in the world of nonfiction about whether it’s OK to fudge some of the facts. My own position: It’s absolutely not OK. In the late 1980s, I worked my first real journalism job as a fact-checker at The Village Voice. This was pre-Internet, so I would have to make hundreds of phone calls to verify every last darn niggling detail in the stories. Those calls were a hoot – for instance, when I worked on Michael Musto’s gossip column, I’d talk to drag queens and performance artists, asking them questions like, “So last Saturday you rode onto the stage in a purple paper-mache penis. Is that correct?” The job was my journalism school: I learned the value of rigorous research. Often an overlooked detail could become incredibly important.

Writers like Mike Daisey say they cut corners – and veer into fiction – because they want to tell a “better” story.

But it’s absolutely no reason to cheat in this way. It’s entirely possible to find a whimsical, weird and heart-breaking tale that’s all true.

When I was teaching at nonfiction classes at Dartmouth College, my students used to complain that they felt hampered by the “rules” of truth-telling. They wanted to invent magical lands, ride dinosaurs and/or fight zombies.

As a nonfiction writer, you can be all of these things – as long as you make it absolutely clear to the reader that you are talking about one of your own fantasies. The magic words that give you license are “I imagine.” Once you’ve written those words, you have the ticket to talk about the bizarre stuff that goes on in your own head. Here’s an example of Gay Talese pulling this trick in a nonfiction piece:

Suddenly I imagine the fish coming to life, jumping off the fork, wiggling along the floor, and being retrieved by a waiter, who carries it in a napkin back to the kitchen, where I have visions of the fish swimming backward in time, a flashback fish floating freely ten days before in the Labrador Sea of northeastern Canada, a fish that is flat-bodied and pancake-size and has two eyes on the same side of its head, a Picasso fish, cruising easily along the muddy bottom of the sea in search of a shrimp until five minutes before sunrise, it glides into a net, is trapped, is confused, is frightened, but is not alone – hundreds of other Picasso-eyed flounder are ensnared there, swirling around, bumping into one another, angling to flip over the their seeing-eye side, hoping to figure out what’s going on – but then they are squeezed together as the big net soars drippingly out of the sea and scrapes along the side of a ship that is piloted by a bearded, brandy-breathed, scrawny, wife-abusing French-Canadian fisherman, who had been illegally trawling in that area all week, and who now, after grabbing fistfuls of wiggling fish out of the net with his gloved hands, hurls them into an ice-filled hold in the stern of his ship, and then starts his engine for the six-hour journey to the dockside depot of a seafood distributorship in Newfoundland, from which the fish will be flown a day later in refrigerated aluminum containers to JFK airport in New York, where Mafia-affiliated teamsters will receive them and drive them to the Fulton Street market, then deliver them into the hands of wholesale dealers whose vans on the following morning will be double-parked in front of myriad Manhattan restaurants, including Elaine’s Neapolitan chef, and will be cleaned by her Spanish-speaking scullions, and will be prepared and offered that night as a fresh fish special – flounder meuniere almondine, twenty-nine dollars – and this is what was ordered by, and brought to, the fat man I saw sitting in front of me with his mouth agape.

– From A Writer’s Life by Gay Talese

Whew! What a sentence. And it all qualifies as nonfiction writing – because Talese has made it clear that he is reporting on his own daydream.

I’m passionate about teaching students how to push the envelope of the true story, without ever violating the ethics of journalism. And I look forward to doing that this year in our Nonfiction Lab.

Pagan Kennedy is the author of ten books and has written for The New York Times Book Review, The Boston Globe Magazine, The Village Voice, and many other outlets. She has won numerous literary prizes, including a National Endowment for the Arts Fellowship and an MIT Knight Foundation Science Journalism Fellowship. She has taught at Dartmouth College, Boston College, the Warren Wilson MFA Program, and Grub Street, Inc.