You are here: Home / artist to artist / How Do You Incorporate the “True” in Your Art? 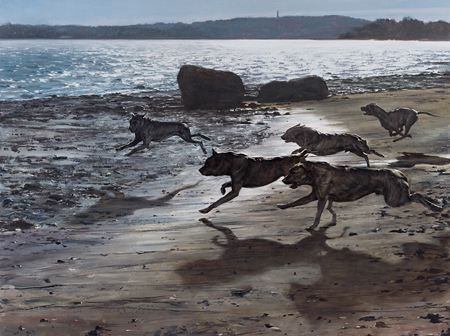 Truth, whether revealed, bent, created, or discovered, told straight or told slant, is central to the creative process. Sometimes, the question of what is and isn’t true in art can become a deep source of controversy.

We’ve been exploring issues artists encounter in their work, and we recently asked artists in different disciplines: How do you incorporate the “true” in your art?

Tracy Slater, writer and founder of the Four Stories literary series
As a literary event host, I leave it up to my featured authors to decide how to render the truth without sacrificing creativity in their nonfiction – and I learn a lot from their abilities to do so. As an academic-turned-narrative-nonfiction writer, this is a challenge I’m fascinated by: I was trained as a literary critic to detail the truth as dryly and clearly as possible, but now, as I’m learning to grow (I hope!) as a creative writer, I know that to write great narrative, as opposed to theory or criticism, you somehow have to make the plain truth captivating. The key – and the challenge – I think is not to allow yourself necessarily to go beyond the actual or plain truth, or to ignore its limits, but to render it in a way that resonates with all the emotional depth of its significance. Sometimes this is incredibly hard, but it’s what makes writing narrative/creative nonfiction so exciting, such a motivating challenge.

Of course, if you’re writing memoir, you can’t always remember every detail of every event that may have happened years ago. In this case, I try my best to be as accurate as possible and challenge myself in my re-readings to pare away any embellishments I’m not sure I trust. But I also think readers know that memoir and creative nonfiction are not the same as reportage, and as long as the writing doesn’t betray the details of how a situation happened, to the best of my memory about it, I feel I’ve done my ethical duty.

Carolyn Shadid Lewis, filmmaker who employs hand-drawn animation in nonfiction films
In my films, I record oral histories with individuals who recount personal experiences of public events in history. Often, these personal experiences are tinged with sadness and pain, of individuals caught in war or brutal circumstances. Visualizing their accounts with stop-motion animation gives access to their stories. The animation allows us to momentarily imagine the invisible memories of the participants of the film, transforming the once solitary act of remembrance into a shareable experience.

I believe that animating oral history in documentary storytelling can protect the individual recounting the story, maintaining their privacy by creating an aesthetic distance between the speaker and the viewer. At the same time, animation also initiates a creative space for the viewer to actively employ their own imagination in the film, promoting an empathetic and tender response to the stories being told. Animation in non-fiction filmmaking allows for a poetic interweaving of imagination and memory.

Gregory Hischak, writer whose award-winning play The Center of Gravity reimagines the Wright Brothers
Truth in art is the artist’s intent – with the assumption being that the artist’s intent is to portray humanity from a newly lit angle. Intent doesn’t follow the book and sometimes you manipulate the truth to help a deeper truth emerge; you walk the slippery slope with only your intent for balance. I frequently populate my work with historic characters because it offers a baseline factual premise that an audience grasps and starts together from. From there expectations are twisted, facts become malleable but only in the pursuit of achieving another truth. All is fair in art, I say, and one should be prepared for detractors. That’s why I carry a mallet.

Matt Brackett, painter whose work (pictured above) explores the borders between the real and fantastical
My artwork tinkers with assumptions of truth and doubt. This is a result of an underlying influence of mine, the seductive suggestion of the unknown couched in familiarity. I find this is an elemental trait in all our lives, since perception and memory, our two modes of deciphering reality, are notoriously fugitive and faulty. Such gaps of uncertainty can be unsettling, but examined, can also yield enlightenment. It’s as tools in this latter pursuit that I try to build and use my paintings. In suggesting wonder or menace within the confines of a naturalistically-delivered image, I try to generate a potential narrative like a machine stores potential energy. I find with this power source I can map and remap my own interpretations of the memories or emotions that brought the image into being. When things are articulated just right, it’s a gift when others can find their own meaning too. And this is perhaps the phenomenon that comes closest to something really “true” in art: a kind of trusting covenant that emerges between an artist and a viewer through which all meaning in the arts is found.

Julie Akeret, documentary filmmaker who recently embarked on a fictional film project
Finding “the true” is kind of like going on a treasure hunt. Sometimes getting to the treasure you need a shovel. Other times it’s a pick. In documentary filmmaking, the shovel is a better tool. In fiction, I like the pick.

Carolyn Shadid Lewis’s quote is excerpted with permission from a guest post in The Public Humanist blog.