You are here: Home / artist to artist / Artists as Presenters 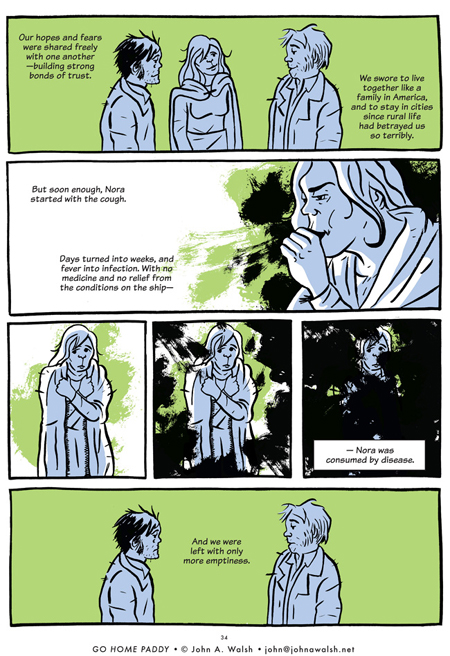 The platforms and technology make it feasible, and even, in the right circumstances, advantageous: artists bypassing traditional gatekeepers and presenting work themselves.

In some cases, an artist may decide that self-publishing/presenting is the most appropriate method for a particular work. In others, an artist or group becomes a presenter to benefit their discipline’s community, as a whole.

We asked artists who’ve crossed to the other side of the gate: Why did you decide to become an artist/presenter?

Cathy Jacobowitz, who is self-publishing her novel The One-Way Rain
I realized that I had been perfecting my craft for 25 years, and that I had allowed myself to be held back by my desire for authorization from the literary establishment. Since I decided to self-publish, a large weight of bitterness has been lifted from my shoulders. I can go into a bookstore without hating every literary novelist who got a book deal. The prospect of marketing my work, which used to paralyze me with dread, now seems natural and doable. I’m a happier person.

Jason Slavick, Artistic Director of Liars and Believers and director of Le Cabaret Grimm (for which he wrote book and lyrics)
I began my career directing whatever shows were sent my way. Along the way I created my own original small projects. Soon I realized that devising my own work was what I really wanted to do, and no producer was going to pony up to present it. Why should they? Take a risk on an unknown writer/director? Especially on works they’re never seen. How are they supposed to sell tickets? So I decided to produce my own work and take out the middle man. I now have total control – but also all the headaches and all the work. Funding is the hardest part and it steals time and energy from creating art. I’m looking for partnerships to help ease the burden. It’s important to find mutually beneficial relationships that feed everyone’s artistic needs while spreading the producing weight.

John A. Walsh, illustrator and creator of the graphic novel Go Home Paddy, published as an online serial
The BIGGEST reason to present Go Home Paddy myself is mainly the poor state of the economy. In an economy where everyone is scared to spend money or to take a chance on something new? Just DO IT YOURSELF. Perhaps when the economy improves, artists will go back to seeking/using gatekeepers, but I’m not sure about that. The internet allows us to cut out the middle man in many respects and to connect with people/patrons on our own. And what better way to expose people to your work than by exposing them to yourself as well?

Also, crowdfunding sites like Kickstarter are changing the way many artists can make money from their work. So once again: Just DO IT YOURSELF. If a traditional publisher doesn’t want to publish Go Home Paddy, then I have the option of turning to Kickstarter to fund the printing of the book and getting it into people’s hands that way!

Kelley Donovan, choreographer and curator of Third Life Studio Choreographer Series, a monthly showcase of Boston-area choreographers
I decided to host the Third Life Choreographer series for several reasons. There are not many opportunities for choreographers in Boston to be presented. Additionally, there are almost no opportunities to workshop a new dance work in the area in front of a small audience on a regular basis. After spending time in NYC and showing a lot of works in progress with Movement Research, I felt this opportunity was really valuable and greatly improved the quality of my work. I wanted to continue this process in Boston, and I want to provide an opportunity for other dance artists to do this as well.

I’ve also been spending several months a year in NYC for the last several years and have felt increasingly disconnected from my dance colleagues here in Boston. I often miss the one presentation they do each year when I am away, and this was a chance to see others work and also for them to see what I have been working on. It can be a bit isolating when you are just at work in a studio with your own company only, and I need those connections for my own artistic growth, I hope other choreographers have benefited as well. It also gives me a chance to network with others, meet dancers and musicians I would not otherwise see and form future collaborations with.

We are starting a Kickstarter campaign in July and hope the arts community will support this endeavor by donating whatever they can. All the proceeds will go to pay the choreographers who present the work each month. We have presented the work of over 20 artists in 6 short months and would like to provide an opportunity for working artists to make a living doing what they love.