You are here: Home / artist to artist / Surprising Responses to Your Art 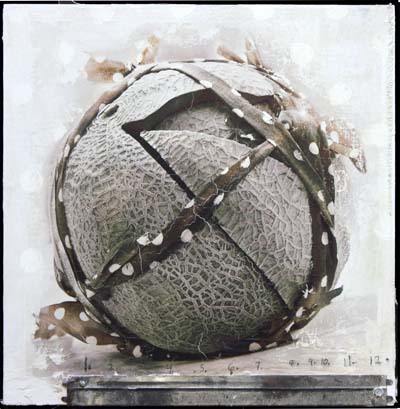 Part of the thrill of making art is discovering how your audience interacts with your work. In our conversations with artists in numerous disciplines, we’ve asked: What’s the most surprising response to your work you’ve ever received?

Kathleen Volp, visual artist
I have been under the impression that the subject of many of my pieces was a deeply textured cantaloupe. I was surprised to find many viewers didn’t even remotely see a cantaloupe! Not even a kumquat. People saw protoplasm or coral or some kind of micro-organism or a CAT scan of the brain. It’s all good, even exciting, but really, really shocking to me. How could I not have seen this in my own work?

Mary Kocol, photographer
When I first started exhibiting at Gallery NAGA in 1993, some people thought the photographs were paintings – perhaps because I presented the work without mats or glazing, the traditional way to exhibit photos back then.

Ilie Ruby, writer
I once had a short story ravaged by wolves in a writing workshop. A friend suggested that the best revenge was revision. I looked over the story, dotted some i’s, crossed some t’s, and decided I was happy with it as it was. Then I haphazardly tossed the story into a box marked “contest,” (not knowing what contest it actually was). A few weeks later I received a phone call: “Congratulations, your story has just won the Edwin L. Moses Award for Fiction chosen by T.C. Boyle!” I received a huge prize, a small amount of satisfaction, and learned never again to listen to wolves.

Joshua Meyer, painter
I once stood in front of my paintings with the poet Robert Hass as he described my art to me. I felt like I was in the midst of one of his poems, a participant.

Scott Tulay, visual artist
My daughters, who are eight and five, consistently complain that my drawings are “too scary.” They will ask me, “Why can’t you draw something nice, with color, like with a rainbow?” Once in a while, however, I’ll do a drawing, and they’ll tilt their heads to the side and say, “Not bad, Dad.” This scares me.

Christopher Faust, painter
I had someone point out to me that there was something wrong with my composition – that the figures were too in the middle. When I told him I knew that and I did it on purpose, he kind of got angry and confused, then he stopped talking to me. I also had a piece stolen recently from a show.

Tara Masih, writer
“I love that story about your father.” When I told the woman it was fiction, that the character was not my father, she burst out, “Don’t tell me that! It was better when I thought it was real.” People seem to have a pathological need to have writing be autobiographical.

Shelly Reed, visual artist
Well, the most common response is that people very carefully and diplomatically suggest that I add at least a bit of color. The most surprising response was when someone contacted me from my Web site and asked me to design their tattoo.

Merrill Comeau, mixed media collage artist
I was working at the National Park of the Old North Bridge, on the edge of the Concord River. As I walked down, I fell into a sink hole of mud up to my knee. When I got to a good spot to work, I removed my boots and socks, washed them out in the river and hung them on branches to dry. I set out my tarp, stacks of fabric, lunch, etc. and worked all day. When I climbed back up to the bridge, the Park Ranger told me a group of women, seeing me on the edge of the river, asked where to leave money for the homeless person (me).

Salvatore Scibona, writer
My local Provincetown bookseller tells me that on the day my book (The End) came out, he sold a copy to a woman from New Hampshire, a tourist, the wife of a retired minister. It sounded interesting, she said; she liked the cover. What could be more commonplace than a person on a walk in a small town stopping to buy a book and taking it home? But also, what could be more unlikely, more uncanny from a writer’s point of view, than that a stranger he will never know should walk down a street with years of the writer’s thoughts in her bag?