Hold onto your bootstraps kiddies. Celebrating the re-release of their album Flesh, the 80’s synth band extraordinare duo Jeff and Jane are returning to the stage at Mass MoCA. Before they unleash their sonic excellence to a live audience in Western MA, ArtSake caught up with one half of the duo, Jane Hudson. Here’s our 160 beats per minute nano interview: 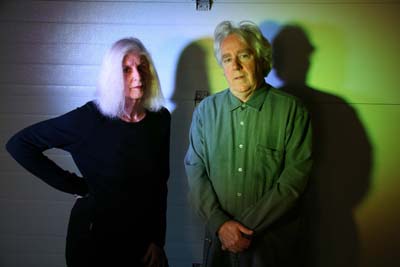 First concert ever attended? For me it had to be my father, Leonard Shure’s concert at Carnegie Hall late ’50’s, for Jeff, Rolling Stones, Boston Garden, 1965-66. I saw that one, too.

What musicians/artists work do you most admire but work nothing like? Pat Metheny, Missy Elliot.

How would you describe Jeff and Jane’s sound? Kraftwerk meets punk rock.

What’s the most surprising response to your music you’ve ever received? All the reissues of our music over 30 years, Daft Records, Belgium; TigerSushi, France; Dark Entries, San Francisco; Electric Voice Records, Canada, and YouTube and iTunes.

Why now, the re-release of the album Flesh? Because Josh Cheon (Dark Entries) and Mike Sniper (Captured Tracks) called us within a week of each other, and they happened to be friends. So it was the birth of a dual release. 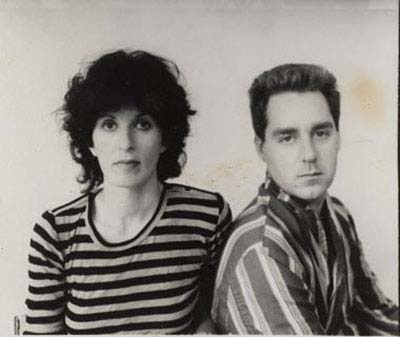 What’s the best/worst day job you’ve ever had? For me selling wallpaper, for Jeff, no comment!

The unauthorized biography of your life is titled: ?

Who wins in a paint ball war (not that ArtSake ever advocates violence), a synth player, a video artist, or a guitarist? The synth player!

How much do you love guitar distortion? A lot!