You are here: Home / artist voices / Nano-interview with Joshua Meyer

Joshua Meyer (MCC FY10 Painting Fellow) gave ArtSake a quick peek into his mind. We want to share it with you, so here goes. 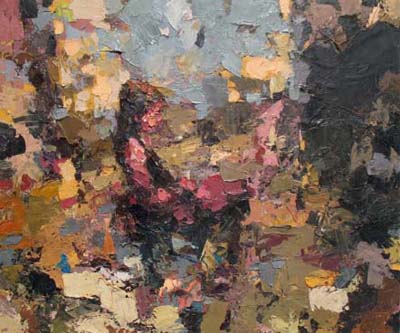 What artists’ work do you admire most but create no thing like? Musicians and writers.

If forced to choose, would you be an eraser or a permanent magic marker? I am about to have shoulder surgery for my painting arm. Even though it is relatively minor surgery, it makes me reconsider how I create and what would happen if I lost my arm. Could I paint with my left foot? While the physical act is extremely important to me, the imperative is simply to create. The tool comes later. 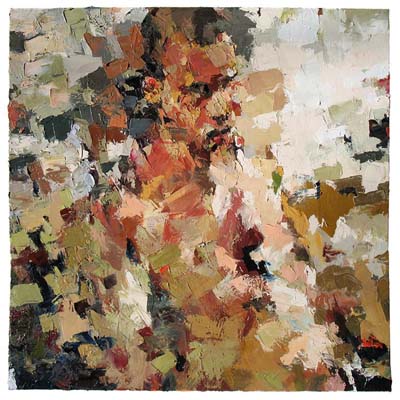 What is the most surprising response to your art you have ever received? I once stood in front of my paintings with the poet Robert Hass as he described my art to me. I felt like I was in the midst of one of his poem’s, a participant. 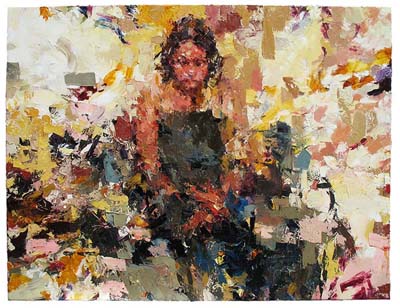 Do you live with any animals? I have a nine-year-old and a toddler. Do they count? Oh, and I’ve also got a little gargoyle that my wife gave me for my studio. Come to think of it, I also have a few toy turtles that were gifts from one of my models. They were meant to remind me to be the tortoise and not the hare–slow and steady wins the race! 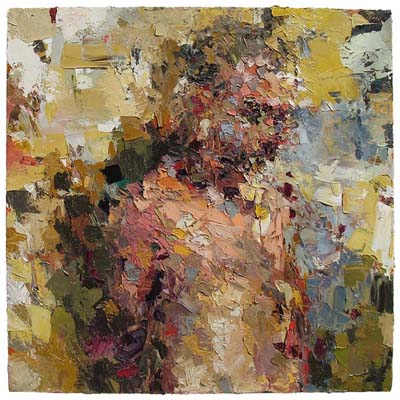 How do you know when your work is done? I don’t, I never know. If it is still in my studio, it isn’t done. The paintings are just big buckets of ideas. Accumulations. Stone soup. The longer they are in my studio, the more densely packed they become. Paintings go on without end. I wish they would grow feet of their own so they could run away when enough becomes enough.

What do you listen to while you create? When my painting is really in full swing, the music gets louder louder. When I crank up something loud, like the Lounge Lizards, painting becomes a little bit like dancing on a canvas. But on quieter days, I podcast. I love Radiolab. I always listen to Fresh Air–Terry Gross is in my studio so often, it seems like she’s one of my models. 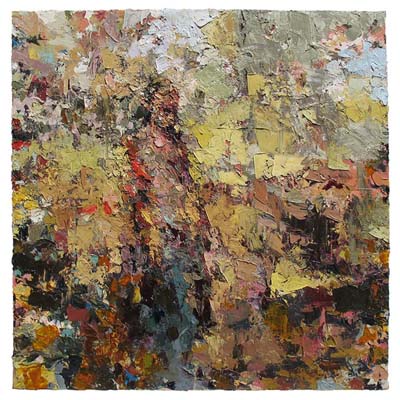 What films have influenced you as an artist? I’m a Fellini junkie, so 8 1/2 is about as good as it gets. Kieslowski’s great too. Dave McKean made an amazing short called “The Week Before”. Does Shirin Neshat count as film?

What are you currently reading? I just finished Tinkers, which came out of the blue and won the Pulitzer prize. It was really remarkable. Orhan Pamuk’s “Museum of Innocence”. Also some poetry.

Spring, Summer, Winter or Fall? I love living where the seasons keep dramatically changing. Every few months the rug gets pulled out from under us. Everything looks and feels different. Life has rhythm. 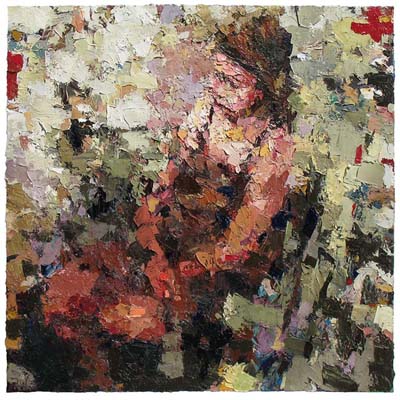 What has the MCC Artist Fellowship meant to you? It is so nice to have external validation and to be included in the dialogue. Plus, now I can afford twice as much coffee.

Joshua will participate in small works invitational exhibition showcasing the works of eleven Massachusetts artists recognized by the MCC’s Artist Fellowship Program. Painted Visions will be at the Cultural Center of Cape Cod from July 13- August 8, 2010. The Opening reception is July 17 from 5-7 pm.