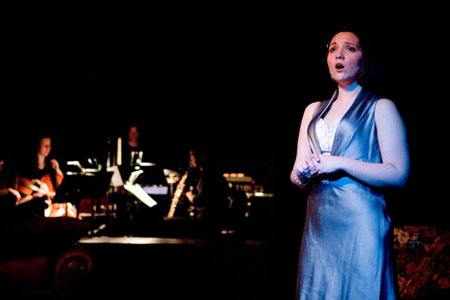 At the Greater Boston Theatre Expo 2013 on September 10, 2013, 5:30-7:30 PM, over fifty theatre companies will gather at The Cyclorama at the Boston Center for the Arts for a free, expo-style event, sharing information and special offers about the upcoming theatre season in the Greater Boston area.

If you go, you’re sure to have a blast and pick up lots of good leads for the 2013/14 season. At ArtSake, we’re especially interested in new work (and especially especially new work by local playwrights and theatre-makers), so we thought we’d write this unofficial, incomplete but affectionately assembled guide to some of the participating organizations that a lover of new theatre works would not want to miss:

Guerilla Opera is an intriguing organization that exclusively performs newly commissioned operas, including No Exit by past MCC awardee Andy Vores, this September.

Huntington Theatre, along with its commitment to new plays through its Playwriting Fellows Program, features productions of plays by local playwrights Melinda Lopez and Lydia R. Diamond, this season.

SpeakEasy Stage has a world premiere by up-and-coming playwright Kurt Vonnegut… wait, Kurt Vonn- he wrote a play? So it awesomely goes!

Vagabond Theatre Group is gearing up for a to-be-announced season featuring new plays as well as its There Will Be Words readings.

Playwrights should also check out these helpful service organizations at the Expo:
Playwrights Commons
StageSource

Image: from Guerilla Opera’s 2008 production of NO EXIT, photo by Douglas Despres Photography. A revival of NO EXIT, adaptation and composition by Andy Vores (Music Composition Finalist ’11) will be performed at the Zack Box Theatre at Boston Conservatory (9/19-9/22).