Charlotte Meehan, Artistic Director of Sleeping Weazel and a past contributor to ArtSake, premiered the new play Cleanliness, Godliness, and Madness: a User’s Guide at the Boston Center for the Arts in September 2016, in the run-up to the November presidential election. Here, she shares how her personal background and the country’s “mad time” have shaped her new work for the theatre. 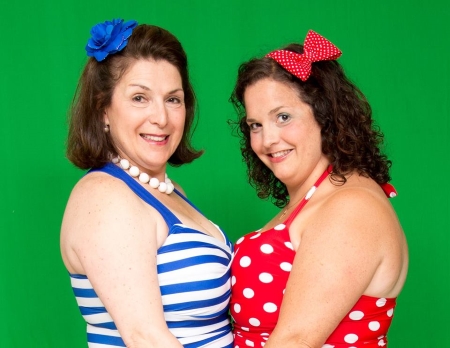 The opening of my new multimedia play, Cleanliness, Godliness, and Madness: A User’s Guide, is a singular experience in my life as a playwright, as I consider this production a social intervention during a particularly mad time in U.S. culture. Who would have predicted two years ago when I began researching and developing the script that Donald Trump was about to descend on the scene of a national election and eventually win the Republican nomination for the highest office in the country (and some say the world)?

During these past two years, we have also seen a rise in police brutality against African Americans, or at least an increase in the reporting of it, along with rapidly multiplying acts of gun violence and mass shootings the likes of which this country has never before seen. I have asked myself, over and over, what is going on here? To boot, the daily rounds of hate speech this election cycle provides is starting to remind me of my childhood on the right wing fringe in which my father, a regional leader in The John Birch Society, would frequently say, “terrorism is the answer.” For entertainment value, he threatened on a regular basis (and even once at my cousin’s wedding) to bomb the United Nations Headquarters in New York. 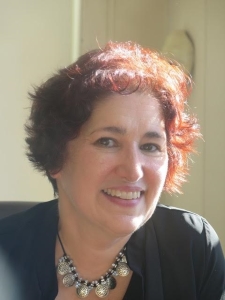 As I grew into adolescence, I came to realize that my parents’ way of life – their right wing extremist political views and their Pre-Vatican II religious zealotry – were far outside the social norms of the day. This was the 1970s in Levittown, Long Island, where they were also part of the parents group that fought to ban books, including The Catcher in the Rye, in the Island Trees public school district. I was not even attending public school and yet my parents were intent on “being involved” in community efforts to rid the country of whatever they considered sinful ideas. The principal and the priest at the draconian Catholic school I attended convinced my parents that I had “liberal tendencies” and should not be sent to college where I would gravitate towards the Marxists and Jews. I guess they were right about that, at least.

In Cleanliness, Godliness, and Madness: A User’s Guide, I portray two Christian housewives who found The Movement to Restore Decency (aka MOTOREDE) and find themselves falling into sexual escapades with each other. In the midst of all this, they decide to buy some guns, they get into big trouble with their pretty awful (onscreen only) husbands, and they even begin chatting with the real God, who is far more reasonable than their fundamentalist Christian leaders would have them believe. It’s mayhem through and through, conveying at every turn the impossibility of adhering to an outmoded morality system no one actually upholds. In real life, my mother and her friend did actually found MOTOREDE, but the story turned out differently for them. Rather than getting “the hots” for each other, as happens in the play, my mother’s friend took up with the local Chief of Police and left her family for him.

Without giving too much away, the play also deals head-on with news stories of today, particularly regarding gun violence, and employs Acts of God to snap its characters back into some semblance of reality, from which they quickly retreat, once the ground beneath them feels solid again. Sadly, this is all so close to what’s happening in mainstream politics at the moment that I hardly see it as an exaggerated version, constructed for dramatic effect, of life as we know it. All I can think is that the past eight years with our first African American President, a diplomat and an intellectual, have threatened some to such an extent that they are willing to support a crazily greedy, megalomaniac to be the next leader of this country. However, like President Obama, I generally believe that progress will continue, even as the tidal waves of ignorance and fear try to wash it away.

Through director Robbie McCauley’s clear-eyed vision, Cleanliness, Godliness, and Madness provides an invitation to meditate on the insanity and to collectively find a way out of its maze.