You are here: Home / artist voices / Stella Johnson: Seeking and Being

The New Art Center in Newton, MA, is going to showcase the Mass Cultural Council’s fellowship awardees in photography. The exhibition, featuring the creative visions of 13 photographers, runs February 28-March 23, 2014, and the opening reception is Friday, February 28th from 6:00-8:30 pm. We caught up with a number of the artists in the show to ask them to talk about their work. First up is Stella Johnson. 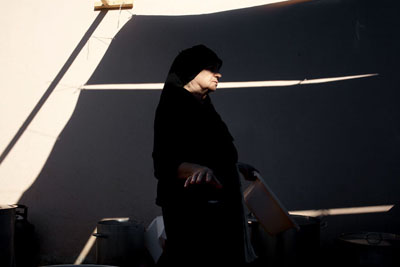 I photograph to counteract erosion of self. When our grandparents emigrated from Greece, we became hyphens between Greek culture and American, adding and subtracting Americanness and Greekness ad infinitum. This awkward attempt at fine-tuning identity is a shell game in which an individual can rarely be wholly one self. 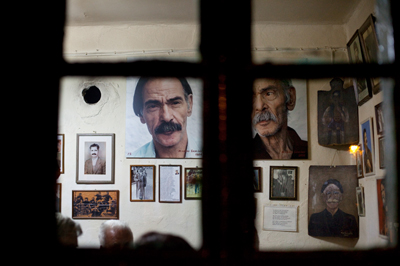 After years of investigating by camera the back roads of Mexico, Nicaragua, Cameroon, I arrived at my grandmother’s birthplace, an island in the north of Greece near Turkey. My father’s recent death brought clarity to this particular investigation. It became clear that my romantic attachment to the so-called realness of my grandparents’ existence in a rural, pre-industrial, isolated village expressed a need. I had accepted qualities of their village culture circa 1910, as the antidote I sought to my life in an urbanized North American town. Every year I traveled to remote locales which replicated my grandparents’ quality of life in the country of my family’s origin – tight-knit communities with no electricity or running water. I lived and recorded what happened in those remote villages: the negotiations and interactions of individuals surviving with little or no margin or resources. But until then I had not connected my pattern of working, nor the compulsion for doing it, to Greece and family. 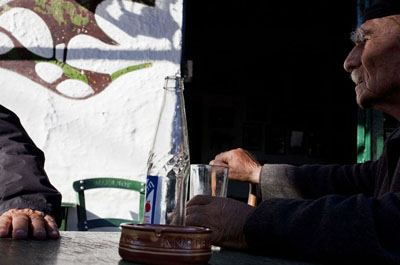 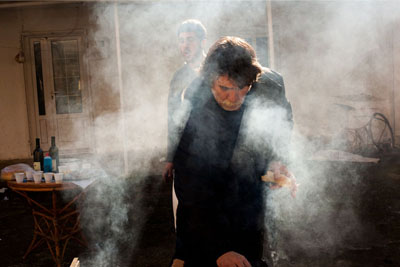 My work is the product of seeking out and being with people. The work is produced as a result of the experience. When I am in Greece, my sense of place and sense of self become more reconciled. Photographing there I have no need to add nor subtract. There is no authenticity per se in my method of working or my work itself, but there is a state of self that is neither theoretical nor speculative, that I choose to share, and that offers some resolution to a central conflict of identity, my identity. Because there is no story without conflict, whether it is inward or outward. 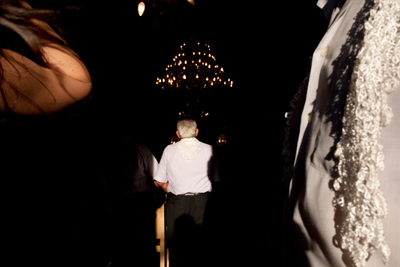