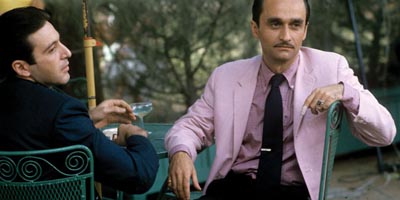 Vibrant artistic venues. Majestic scenery. An eclectic array of indie films (and film artists). It’s the Williamstown Film Festival, a unique gem in Western Massachusetts and an event just beaming with the love of good film.

Oh, and: it starts tonight.

Helmed by executive director Steve Lawson (a past finalist in Playwriting from our Artist Fellowships Program), the festival runs from tonight to November 1 with screenings of independent features, a series of shorts, and a chance to hear from prominent filmmakers like Oscar-winner Barry Levinson and James Ivory (as in Merchant Ivory). Every film screens just once to, as Steve puts it, “maximize personal contact between artists and audiences.”

Some tantalizing details about this year’s fest:

Image: Promotional image from I Knew It Was You (2009), directed by Richard Shepard.