You are here: Home / artist to artist / Why Work Collectively?

Periodically, we pose a question to artists about an issue they face in their work and lives.

Artists are often encouraged to collaborate, but there’s a tension inherent in this advice. How to find the shared good for the individual’s vision and the group’s? We asked artists in different disciplines, Why work collectively? 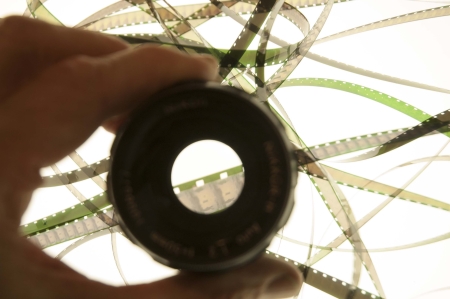 Brittany Gravely, filmmaker, member of the new AgX film collective
No matter how independently you operate, film usually depends upon a chain of wizards, even if they aren’t always collaborating right next to you (lab techs, projectionists, audiences). Filmmaking can also involve a lot of tedium or waiting; add the company of others, and you can transform these voids completely! But basically, it’s just hard to do everything yourself. In the case of our burgeoning film collective, AgX, we are harnessing all these creative energies scattered around the area (and beyond). We can experiment and play and all our varied technical and conceptual powers can feed off of each other. Plus it’s really amazing to build something together with people who are passionate about the crazy thing you are attempting to build.

Nowadays, when photochemical filmmaking approaches its supposed “twilight” — which incidentally in filmmaking is considered the “magic hour” — teaming up with fellow artists is vital. As the costs rise for a medium which has rapidly moved from consumer to niche, collective people power poses some kind of market force and, at any rate, enables bulk purchasing of film and chemistry. With a craft considered eccentric or obsolete, it is so reassuring to know that there are other eccentrics out there engaging in these strange practices.

Jess Foster, playwright, member of Boston Public Works
Boston Public Works has given me a chance to stage my play Hard and Fast: a love story, a story with content that kept it from being produced. As playwrights in BPW, we were asked to pick our most challenging work that didn’t fit into theaters’ everyday Season Planning conversations. I 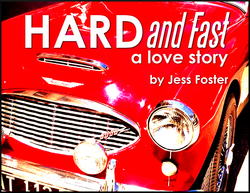 saw it as a call to present work that was daring, experimental and immediate. Plays are often a response to something happening in the world and it can take years of workshop processes before they’re presented to audiences, making them less of a call to action and more of a museum piece. Boston Public Works is a way we playwrights can get our work, and the works of the other playwrights in the group, from the page to the stage with fewer steps, taking control of our own process and compiling our own team of collaborators. My hope is that bringing seven fresh plays to Boston that the city wouldn’t have otherwise seen will inspire other playwrights to try out the self-producing model in order to keep pushing artistic boundaries.

January Gill O’Neil, poet, Executive Director of the Mass Poetry Festival
I’ve always thought poets and entrepreneurs share a common bond: we are self starters, work long hours, usually work alone, and have a singular vision that we will see through to the end. The difference? Our capital is creative. Our success comes in the creation of the poem, with no guarantee of reaching a wide audience. So any opportunity to come together and share our work benefits the art as a whole.

While we write in our own separate spaces, we become better writers when we collaborate. Mass Poetry is a grand experiment in collaboration as we promote and celebrate poets in all stages of their careers. We share stories, we experiment, we commiserate, and, most important, we connect with our tribe. The poets I turn to in my own writing life challenge me to go deeper and never settle. They are passionate, open-minded, and know how to harness a constant flow of ideas. What’s more entrepreneurial than that? 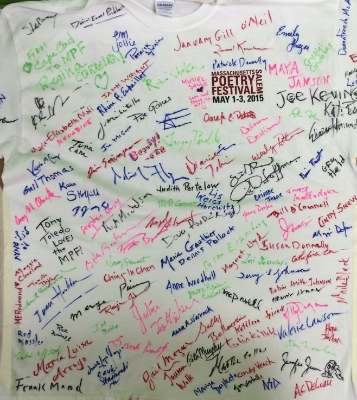 Jess Foster is a playwright, librettist, dramaturg, and teacher with work being presented across the country in New York, Providence, Boston, Washington DC, Albuquerque and Iowa, where she earned her MFA from the Iowa Playwrights’ Workshop. Jess is an affiliated artist of Sleeping Weasel and a member of the playwrights’ collaborative Boston Public Works. Her play Hard and Fast: a love story will be produced at The Stanford Calderwood Pavilion at the Boston Center for the Arts November 20-December 5, 2015.

Brittany Gravely works in film, sound, video, installation, and many media of the second dimension. Her work has screened at the New York Film Festival, Images Festival, MFA Boston, ICABoston’s T.I.E. Cinema Exposition, the Black Maria Festival, and many others. She is Publicist at the Harvard Film Archive in Cambridge and a member of the new film collective AgX.
AgX has a special multi-format film screening and party on November 7 (during Waltham Mills Open Studios), 6:30-9 PM, to launch a crowdfunding campaign on Indiegogo to raise $10,000 for its lab, equipment, and work.

January Gill O’Neil is the author of Misery Islands, which was selected for the 2015 Mass Book Award in poetry, and Underlife, both published by CavanKerry Press. She is the executive director of the Massachusetts Poetry Festival and an assistant professor of English at Salem State University. Recently, she was elected to the Association of Writers and Writing Programs‘ (AWP) board of trustees. On December 7, 7 PM, Huntington Theatre will host Mass Poetry’s An Evening of Inspired Leaders. This benefit program will feature Massachusetts community and business leaders reading a poem that has inspired them in their personal and professional lives.