You are here: Home / artist to artist / What’s the Essence of a Portrait? Part Two

We’ve been asking artists about issues they encounter in their work, and we recently asked three artists currently exhibiting portraits: What’s the most essential element you try to capture in your portraiture?

Always interested in a multi-disciplinary take on things, we put the same question to a photographer, a filmmaker, and a composer. 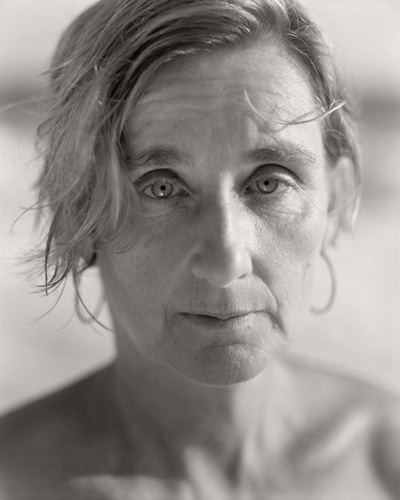 Stephen DiRado (Photography Fellow ’11)
I have always been interested in documenting people, particularly concentrating on individuals. In recent years, I have devoted time to investigate the close-up portrait. By simplifying and minimizing extraneous details, I’m liberated to examine subtle, emotional expressions disclosed within a face. Without props, or any inclusion of an environment, there is very little to fall back on while posing and lighting a solitary subject. With my camera mounted on a tripod, working at arm’s length from my acquaintance, I converse and direct with a great amount of control. The successes of my photographs begin with the mutual trust between us. The best come about when subjects first appear neutral or void of any emotions but with further inspection, we sense an underlying array of emotions.

David Binder (Film & Video Fellow ’11, Photography Fellow ’01)
The heart of my portraiture, whether it’s in a still photograph, a photo essay, or a documentary film, is portraying the essence of the subject’s personality within the context of their lives. My 2001 MCC-awarded still photo essay of Rebekka Armstrong was a portrait of a woman, a Playboy Centerfold who was living with AIDS. Rebekka’s story is of a woman who is identified by her physical appearance and the fantasy of her sexuality, within the context of her life living with AIDS. (A quote from one of her fans was “if this is what AIDS looks like, what’s the problem?”)

My film Calling My Children is a portrait of a family dealing with the universal experience of loss, of the bonds of love, of the challenging relationship the surviving husband/father and the children have with each other, and of the character development of children who have grown up without their mother.

These projects are not exposes or investigations. They are portraits of people within the context of their lives. 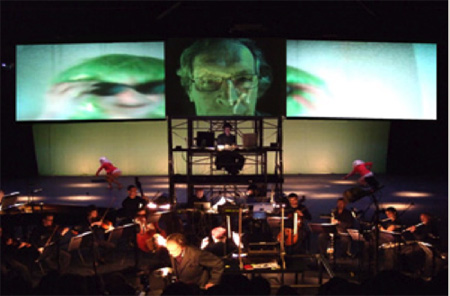 Joshua Fineberg (Music Composition Fellow ’11)
My work Lolita: An imaginary opera based on the novel by Vladimir Nabokov is a strange sort of musical portrait: one which is being deliberately created and distorted before our eyes by the very narrator who tells us his is crafting his own self-portrait. The work is constructed entirely within the mind of its narrator Humbert Humbert, who is writing his memoir/novel. All that is shown or heard on stage are the projections of his visions/fantasies. This places us in the heart of Humbert’s perspective and allow us to witness the unfolding of his delusions. This movement from internal to external perspective places the audience in the deeply uncomfortable situation of feeling simultaneously attracted to and revolted by this most seductive monster.

Read more about Joshua Fineberg’s creation of this piece, and hear an excerpt.

Images and media: Stephen DiRado, ERIKA, AQUINNAH, MA, JUNE 29, 2011 (gelatin silver contact print); excerpt from CALLING MY CHILDREN by David Binder; still photo from a production of LOLITA: AN IMAGINARY OPERA BASED ON THE NOVEL BY VLADIMIR NABOKOV by Joshua Fineberg.