You are here: Home / environmental art / Wet and Edible Art

Today’s Boston Globe editorial compares the current state of public art in Boston to other U.S cities. The piece sites the Brooklyn Bridge Waterfall Project as one example of a successful contemporary public art project.

Check it out. Imagine what a waterfall installation could do for the Tobin! 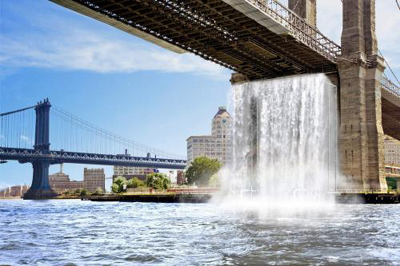 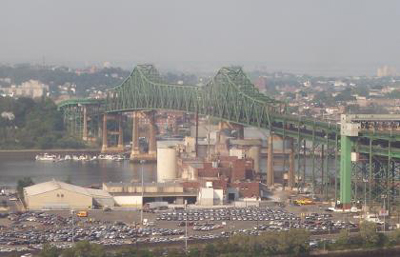 There is some interesting work to be seen in Boston and beyond says UrbanArts Director Ricardo Barreto. He was recently a guest on NPRs Radio Boston with David Boeri talking about the state of public art in Boston. You might want to listen to what Ricardo has to say about this very complex topic.

Meanwhile, each year, approximately 8,000 people from the village of Inakadate in the southern Minamitsugaru district in Aomori, Japan, take the idea of public art and create their own magnificent temporary art work by planting different varieties of rice. The rice field art lasts until the September harvest. 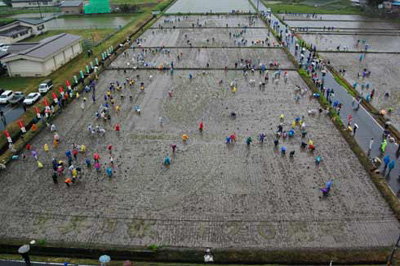 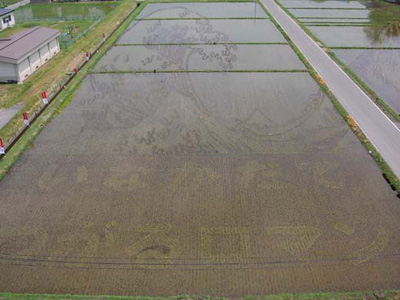 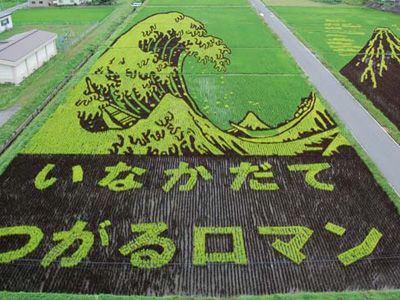