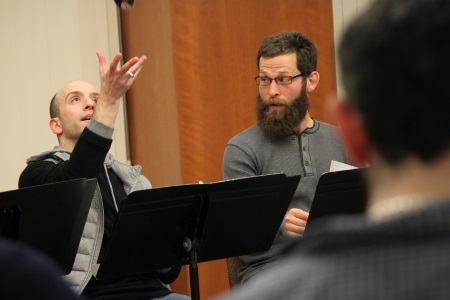 Are you a creator and/or a lover of new plays? We’ve rounded up some links you may find useful.

Our Overview
Next, read ArtSake’s partial overview of organizations producing and supporting new plays in Massachusetts, from companies mission-committed to new plays, to local festivals, to new play development programs.

HowlRound
Then, if you’re interested in topics and issues surrounding theater-making and the creation of new plays, check out HowlRound, an organization with national reach that is based out of ArtsEmerson in Boston. HowlRound features a number of communication streams that explore and support new plays, as well as intriguing online tools like HowlRound TV and the World Theatre Map.

New Models
Interested in considering new ways that new plays can be produced? Explore the work of Boston Public Works, a collective of Boston-area playwrights who banded together to produce one work by each of the members, “putting the power of production in the hands of the playwright.” The group raised funds with an IndieGoGo campaign and produced plays from 2014-2017 (see the photo, above, from a read-through of Cassie M. Seinuk’s From the Deep).

New Play Exchange
Finally, the National New Play Network launched an online “discovery and recommendation engine” called the New Play Exchange. It allows new play creators to create profile pages and share as much of their work as they’d like – offering a potentially new model for connecting new plays to interested theatres and collaborators. Read about the New Play Exchange on HowlRound and check it out.

Image: actors Charles Linshaw and Jeff Marcus in a read-through for FROM THE DEEP by Cassie M. Seinuk, to be produced by Boston Public Works March 12-28, 2015. Photo by Marc J. Franklin.