You are here: Home / call to artists / Twanging Artist Opportunities 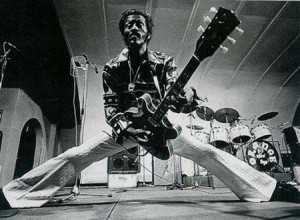 ArtSake’s plugged in and rocking out.

Call for Artists Entries are now being accepted for  See the Light: A National Juried Exhibition at the Attleboro Arts Museum. Open to all mediums, sizes and concepts that explore light both as a tool for emphasis, and as medium. Learn more.
Deadline: May 20, 2014

LGBTQ Films Entries are now being accepted for the Long Beach Q Film Festival (September 12-14, 2014, Long Beach, CA) – Seeking films that embody the LGBTQ community and the values of freedom, justice, and inclusion of everyone regardless of sexual orientation or gender expression. Learn more.
Deadline: June 8, 2014

Playwrights Entries are now being accepted for The Firehouse Center for the Arts’ New Works Festival 2015. They are seeking original plays from New England. The 2015 New Works Festival will showcase 10 minute, one-act, and full-length plays. Learn more.
Deadline: June 29, 2014

Call for Proposals New Radio and Performing Arts, Inc. (NRPA) invites you to propose a hybrid net art project for Turbulence.org – Augment it Yourself (AiY). Projects must use both the World Wide Web and a physical site. Commission Amount: $6,000.  Augmented Reality (AR) is a real-time experience of a real-world environment whose elements are augmented by computer-generated sensory input — such as video, graphics or sound — and mapped to GPS coordinates. Thus, after downloading an AR ‘app’ to a smartphone and going to the specified location, users are able to experience intertwined realities. While AR refers to the technologies that make these experiences possible, we are interested in how we have always augmented our realities — with our brains and other reality-mediating technologies — modifying and/or enhancing reality by layering memories on real-time perceptions, for instance. How will your project contribute to perception, memory, and the creation of the autobiographical self? Required: Proposal (max 500 words), Biography (max 300 words), and URLS of past work. Email to turbulence@turbulence.org with the Subject: Turbulence.org – AiY Proposal.
Deadline: July 1, 2014

Photographers Entries are now being accepted for En Foco’s New Work Photography Fellowship Awards for U.S.-based photographers of Latino, African or Asian heritage, and Native Peoples of the Americas and the Pacific. Learn more.
Deadline: July 7, 2014

Women of Color Filmmakers  Entries are now being accepted for the Reel Sisters of the Diaspora Film Festival and Lecture Series (October 25-26, 2014, New York, NY), organized by African Voices and Long Island University’s Media Arts Dept. Entries must be directed, produced, or written by a woman or women of color, and will be accepted in the following categories: Women Film, Documentary, Narrative, Experimental, African Film, and India Film. Learn more.
Deadline: June 9, 2014