Tova Mirvis, a 2010 Artist Fellow in Fiction/Creative Nonfiction, is about to publish her third novel, Visible City, an engrossing story of neighbors whose lives unfold in close-set NYC apartments. As the author prepares to launch the book (March 18, 2014 at Newtonville Books), she shares details about her writing process, living with “undoneness,” and the writer/voyeur connection. 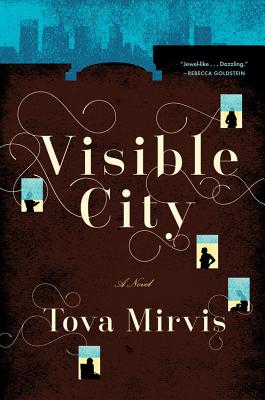 ArtSake: In your novel, characters live in New York City apartments in close (and sometimes revealing) proximity to their neighbors. The character of Nina in particular has a yearning to learn about the neighbors she can see from her window. It struck me as an interesting parallel to a writer’s curiosity. Was it easy to imagine and empathize with Nina’s drive to “see?”

Tova: So much of my desire to write fiction stems from an urge to see into other people’s experiences. I am always wondering: what people are really thinking, really feeling? What lies beneath everyone’s outer façade? I think that in this way the role of the writer is very much like the voyeur – both watch, imagine, and construct other people’s lives from small stolen tidbits. Both carry a curiosity about other people, and both live in the constant interplay between the self and the other: what are we seeing in others and what of our own selves are we bringing to what we see? And I also felt, as I was writing, that some of the hazards are the same too – for both the writer and the voyeur, there is the tendency to remain somewhat outside of life, to watch rather than to act.

ArtSake: Along with winning an MCC grant, you were also a Scholar-in-Residence at the Hadassah-Brandeis Institute at Brandeis University in 2009 (and later a Visiting Scholar at the Brandeis Women’s Resource Center). What impact have those honors had on the trajectory of Visible City? 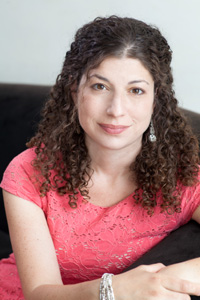 Tova: These honors were immensely helpful, and I am very grateful for them. Beside the financial help, the MCC grant and my positions at Brandeis were like the equivalent of people standing by the side of the road, cheering as I struggled to make it to a very distant finish line. Writing a novel is a long lonely marathon, and it’s very easy to become discouraged along the way. Visible City took a lot longer than my other two novels – about eight years – and the process was filled with many setbacks, and much time when I felt painfully lost and discouraged. These honors played a large role in enabling me to keep going.

ArtSake: What comes first in your writing process – Plot? Characters? Place? Or something else? And does this change depending on the project?

Tova: In the beginning, there is some combination of character and place that eventually grow into something larger. For Visible City, I started with the image of a woman standing at her windows watching, with the array of Manhattan windows before her. One piece leads me to another; the process is very associative and murky. I rarely know where I am going with an idea and I make many wrong turns along the way to figuring out the plot. A clear sense of direction – any kind of answer to the question of “what is this book about” – comes only after I’ve spent months getting to know my characters. It’s a writing process that sometimes feels haphazard, but it’s the only way I know how to write a novel – to slowly, slowly forge my way in.

ArtSake: You’re a mother of three children. How do you balance parenthood with your writing process? Has being a parent changed how you write?

Tova: Balancing the two is always a challenge – it’s not just an issue of making time in the day, but of finding the space inside my head. To write a novel requires you to hold inside yourself all your characters’ lives, to be able to find a wide enough internal space contain all the threads of a novel. It requires you to tunnel in to find that deep focus. I’ve learned over the years to be very disciplined about how to manage my time because I’ve had to be. Being a parent has forced me to be very strict with myself about making use of the hours I do have. Being a parent means I’ve had to let go of the fantasy of open, endless blocks of time, to adamantly disavow the notion that I can only write when I am not interrupted. I’ve learned, by necessity, to write in the spare scraps, to jot an idea down while stopped at a red light, to pull out my laptop while sitting in my car waiting to pick up my kids from school. I’ve learned to live with the constant sense of undoneness.

ArtSake: What’s the most surprising response you’ve had to your writing?

Tova: Recently I wrote an essay for the New York Times about my divorce from both by husband and the Orthodox Jewish world which I’ve long been part of. I feel the impulse to tell my own story, to write about my personal experience, but putting it out for public consumption is immensely nerve-wracking. With fiction, you can shield yourself, but in the personal essay, there is nowhere to hide. I was excited, of course, that the New York Times had accepted the essay, but terrified too of reaction, mostly from people I know. There was, I know a range of responses, but within a few hours of the essay appearing on the Times’ website, my email inbox was flooded with hundreds of emails from strangers, telling me they loved the essay, sharing their own stories of divorce, of religious grappling, of painful transformation. For so long, this subject matter has been my private painful terrain, and I felt like I was being given an unexpected embrace from a makeshift community of strangers.

ArtSake: What would be your advice to an emerging writer? What do you wish someone had said to you when you were first starting out?

Tova: The best advice I got when I was starting to write was from the wonderful novelist Mary Gordon who was my college professor. I once was complaining to her that I didn’t have time to write – looking back, I find it funny that I thought I was busy then! – but she looked me squarely in the eye, and very plainly said: if you are a writer, then you write. I’ve carried her words with me for at least twenty years and pass them on to young writers whenever I can. There are always reasons not to write, always numerous other things we need to be doing or want to be doing. But so much of writing is sitting yourself down. Nothing happens until you at least do that.

The other thing that I like to tell people, and that maybe I wish I knew better in the beginning, was how slow the process is. Fiction takes a very long time to become layered and rich. There is no rushing a novel. Patience is essential. There are many bad days along the way and I don’t think you can write a novel unless you can withstand that feeling of being absolutely lost and floundering.

Tova: After so many years of working on the same book – of living deep inside it and being obsessed and consumed by it – working on something new feels like coming out of a cave into the bright glaring light. It’s exciting but also daunting. Right now, I’m working on two different projects. I’ve slowly been writing a memoir about religion and divorce, but writing memoir is a new and (very) anxiety-producing endeavor, so it’s something I do in small doses. And I miss writing fiction if I stay away from it for too long – I crave the freedom of invention, the feeling of sinking into a fictional world. So I’ve also been working on a new novel, set in Newton. As I did with Visible City, I’m starting with a few pieces that interest me, and those lead me to others. I’ve learned to be cautious when saying what a book is about at the outset, because so much changes in the writing process. But at this point, I know that the novel is about religious passion (or the lack of it) and teenage angst and about a realtor who can’t sell a dilapidated house along the town lake, and about next door neighbors who are feuding. It’s probably about many other things too, though I don’t yet know what those are.

Tova Mirvis is the author of three novels, Visible City, The Outside World and The Ladies Auxiliary, which was a national bestseller. Her essays have appeared in various anthologies and newspapers including The New York Times Book Review, The Boston Globe Magazine, Commentary, Good Housekeeping, and Poets and Writers, and her fiction has been broadcast on National Public Radio. She has been a Scholar in Residence at the Hadassah-Brandeis Institute at Brandeis University, and Visiting Scholar at The Brandeis Women’s Studies Research Center. She lives in Newton, MA with her three children.