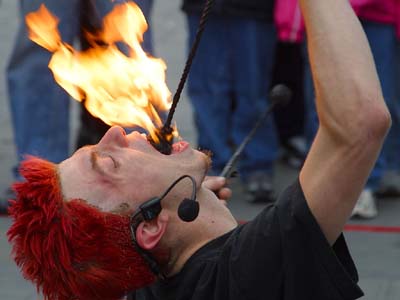 Do not attempt do this at home. Call in a professional artist instead.

Call to Filmmakers
Harlem International Film Festival (September 22-28, 2010, New York, NY) Seeking entries in the following categories: Feature Narrative, Feature Documentary, Short (under 45 minutes), Animated Short, Youth (writer, director, and/or producer must be under 21 years old at time of production), and World Cinema (at least 50% of production completed outside the US). For more information contact the Harlem International Film Festival at 212-568-3036 or info@harlemfilmfestival.com.
Deadline: June 25, 2010