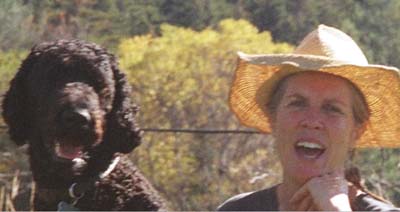 The best part of writing a story is probably the rush of thinking I’ve finished – that sizzle up the spine that comes with believing I have accomplished something. A closing sentence announces itself. I type. I see the circle of the story come around to meet itself. I hear closure in the rhythm of the final sentence slowing the pace of words, coming to a stop, coming into the station like a train, finding its long-anticipated point of rest.

For a couple of days, I’ll walk around propped up by my secret success – there is a new story written and I’m the clever one who wrote it. I marvel at the characters I’ve brought to life in the story, savor the metaphors, and affectionately retrace the connections that bind it as a whole. In re-reading it, I might strengthen a phrase or two. However, I’m not really working to improve it, just hoping to feel again the tingle of accomplishment – the congratulatory pat to the ego – that goes with re-realizing I’ve made something new.

Getting to this point of completion has challenged me deeply. My process is messy and slow and inefficient. It usually begins when I notice a quirk of reality like a blind man hitchhiking, or a small child in expensive clothes giving the finger to passersby in a park, or a solar eclipse reproduced precisely, in miniature on the sidewalk a hundred times through holes in the leaves of a sickly little tree. The wind shakes the leaves and all the tiny eclipses projected on the ground, dance, igniting in me a sense of wonder, attracting my imagination and inspiring me to begin something. I write little blocks of a story – a paragraph or a scene to each block – not knowing the story’s shape or where they will fit into the flow of the piece. I move them around to discover what their proximity provokes. Then I write in my notebook about what I see in front of me, naming the possibilities of what happens in what order, adding new blocks and discarding those that seem less vital.

My process resembles what my great grandmother did when her edema was bad. She’d take up residence in her rocker, crochet hook in hand, her ankles swelling over the tops of her lace-up heels. She’d pile completed afghan squares at her feet. Each square had its own color scheme and logic, but eventually it would need to connect to its abutters, need to be sewn in so the assemblage would make a sensible and pleasing whole. Similarly, the blocks of my story must be hooked in and smoothed until seamless. So when that ultimate sentence arrives for me, my relief and delight at having finished overwhelms my better judgment. The fox of forgetfulness steals in and pilfers all memory of other times I’ve “finished” a story.

The illusion of completion can last for quite a while, during which the story sits on my desk. Or, even worse, the story gets sent to some journal with a contest deadline approaching. You’ll notice the passive voice in the last sentence – as if I play no part in acting on the assumption that the story is finished. But written work demands an audience as fervently as the visual or performing arts. The story needs to create a reaction in someone other than its writer. So begins the second stage in the process of creation. I share the work with a trusted reader or two. They challenge my assumptions. They ask questions that reveal their misunderstanding of a key component of the story. I rewrite. Time passes. I get to know the story a little better. I collect a few rapid rejections from periodicals. Eventually, the reasons cited for rejection, the passage of time, and the questions asked by my writer friends crack the illusion that the story has arrived.

Time passing allows for a certain distance from the work. I begin to see only everything wrong with it. Before you can say “solar eclipse,” the story has become a poor limp thing, dead in the water, an embarrassment to its maker, and I wonder how I could ever have been so thoroughly deluded as to show it to anybody, never mind sending it off to garner praise and awards. If I am lucky and smart at this point, I will hear my former teacher, Tracy Daugherty saying, “You have a beautiful problem.” His words remind me that the reactions the piece has elicited from my trusted readers are not all bad. They’ve recognized something vital in there that might still be released. If I climb back into the story, sharpening images, clarifying the shape and intent – those intangibles that have begun to reveal themselves more clearly to me – I might still rescue it. 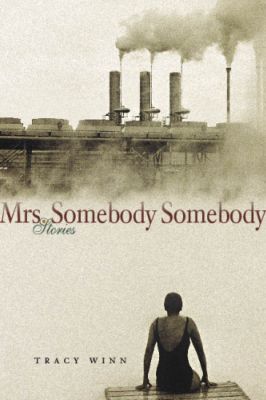 I am thinking now of the title story in Mrs. Somebody Somebody, my book of linked stories to be published by SMU Press in April ’09. That story was once an eighteen-page piece called “Lucy’s Notes.” It now spans sixty pages and doesn’t include a single one of Lucy’s notes. The re-write required a concentrated time of dreaming, which was afforded by a stay at the MacDowell Colony where my characters tugged on me, even as I slept, insisting that I plunge back in and re-work. When the next version of the ultimate sentence presented itself, I suspected it was an impostor, and knew that only time would tell. I let time pass as the story sat in a drawer, doing whatever stories do in their secret lives, gestating, fermenting, aging, ripening. Whatever I call it, time seems an integral requirement to the process, as important to finishing a story as the close re-writing that results from the annealing questions from trusted readers.

I forget every time that the real ending – the final sentence that replaces all impostors – won’t make its appearance until the story has been tempered like glass or steel by readers’ reactions, by time, and by revision. Inspiration must be followed by challenge. And the story can’t really be completed until after time has passed – long enough for me to know the story so well that I can solve my “beautiful problem.”