Listen to a scene from Reservoir, performed by Company One Theatre. Directed by Shawn LaCount, with Fedna Jacquet as Psychiatrist and Brett Marks as Hasek:

My inspiration for Reservoir grew out of the chance confluence of several sources: media coverage of the on-going wars in Iraq and Afghanistan, Georg Büchner’s 1837 expressionistic masterpiece Woyzeck, and scholarly texts that fused readings of classic Greek theatre with the psychological impact of war on returning veterans, including Bob Meagher’s Herakles Gone Mad (2006) and Jonathan Shay’s Odysseus in America (2002). 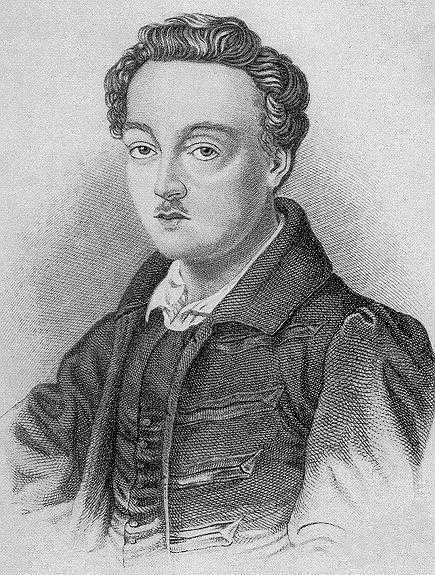 Büchner’s play is the story of a soldier abused and dominated by authority figures – Captain, Doctor, Drum Major – as he strives to support Marie, the mother of his child. At its heart the plot is a classic tale of jealous love; when Woyzeck correctly suspects that Marie is having an affair, his tenuous grasp on reality severs and he drifts into murderous madness.

In its treatment of Woyzeck as a soldier, the plot bears sad and striking resemblance to several reports of veterans returning from Afghanistan. In July 2002, in four separate instances, veterans murdered their spouses at Fort Bragg. Those murders are emblematic of a rise in domestic violence by returning veterans, and as subsequent scandals over the care at Walter Reed Army Medical Center have made clear, the military is woefully unprepared to deal with the thousands of personnel returning from Iraq and Afghanistan with physical and psychological wounds. It is a tragic irony that with the latest advances in battlefield medicine a wounded US soldier has a better chance of surviving a physical injury than ever before, only to suffer a greater likelihood of psychological trauma, such as Post-Traumatic Stress Disorder (PTSD), when returning to civilian life. Symptoms of PTSD such as hypervigilance, rage, and restlessness – which can be useful as survival adaptations – can under conditions of extreme or prolonged stress change the chemical make-up of the brain, making the adjustment to coming home unbearable.

My initial thought, then, was to write a contemporary adaptation of Woyzeck which would acknowledge these struggles by depicting the eponymous protagonist as a soldier suffering from the psychological strains of active duty in a foreign war.

As I began to write, however, I found myself moving further and further away from a strict adaptation of the original text.

Considering Woyzeck, I was struck by the parallels in Büchner’s portrayal of his soldier protagonist with descriptions of PTSD in returning veterans. In this light, the tormenting secondary characters in the original play may be read as the malevolent and possessive manifestations of an injured mind. The carnival-mirror world which Büchner creates is, if read in these terms, starkly recognizable.

Were I a director, I would have chosen to take that idea and direct the original play as if all its actions were being viewed through the distorted lens of Woyzeck’s interior vision. But as a writer, I did not see the need to retread the same ground as Büchner. 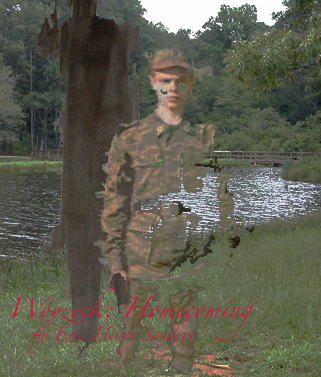 Instead of following an experimental rendering of Woyzeck’s first-person narrative, I wanted to discover both how Woyzeck (since renamed Frank Hasek in my play) came to the condition he was in, and, by shifting to a traditional third-person point-of-view, to fully render the motivations and humanity of the secondary characters. This inclination became particularly acute as I began a correspondence with several veterans – a doctor who served in Baghdad, a young air force pilot waiting to be deployed to Afghanistan, and an infantry soldier who served in Vietnam – to get a sense of their actual wartime experiences and the difficulty they faced (where applicable) of returning home. This research, in particular, was vital to creating all the characters as fully dimensional and understandable (if not, for dramatic purposes, always sympathetic).

With this new challenge in mind, the key then was to contemplate and depict the circumstances leading to the play’s inevitable conclusion. While the broad outline of the plot is still in place, I found it necessary to rewrite and reconceptualize the entire story, giving life to the desires, motivations, and obstacles facing each of the five characters on stage. Here, Hasek is trying to get well in order to provide for Marisa and their baby, but as he struggles through the symptoms of his condition, his ability to stay focused on his work and maintain a healthy relationship is increasingly strained. In turn, Marisa’s affair is motivated by the stability and normality of the Sergeant. And the doctor, rather than being a malevolent presence bent on experimenting on Woyzeck, developed into a therapist treating Hasek for PTSD, while struggling with her own burden of having far too many patients and far too little time to treat them all properly.

In the end, I hope that the play remains engaging on a dramatic level. And though the tragedy of the story remains, I hope that by focusing on these issues I can expose the relevance of problems faced by returning veterans in today’s world, and in so doing gesture towards a hopeful future.

After completing a first “final” draft of the play I decided to do something I’d never done with any of my seven previous full-length plays. Rather than sending the script out immediately, I waited several months so that I could reread it with fresh eyes, thinking that I would make changes and then it would be perfect without the need for a huge development process. So I put it aside, waited, and after three months I was delighted to see that I knew exactly what it needed. Great. Perfect. I made the changes, and then arranged a table reading with Ian Morgan at the New Group in New York.

I shouldn’t have been surprised, but after hearing it aloud for the first time, I was shocked to realize how much work the play still needed. My sympathies for the secondary characters had clouded my eyes to the necessity of keeping the drama as tense as possible. In short, there was no antagonist. Deepening the dramatic conflict formed the basis of my next revision.

Two subsequent readings – with the Astoria Performing Arts Center (NY), directed by Tom Wojtunik, and at the Drilling Company (NY), directed by Joe Clancy – and several subsequent revisions later, I was fortunate enough to work with Company One on an audio recording for the Massachusetts Cultural Council blog. 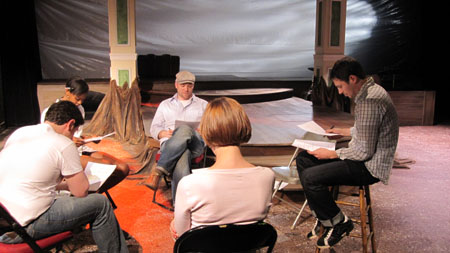 That recording – directed by Shawn LaCount (Artistic Director, Company One), starring Fedna Jacquet (Psychiatrist) and Brett Marks (Hasek), and organized by Anne Morgan (Literary Manager, Company One) – was a pleasure to work on and one of the most satisfying expressions of the play thus far. Though we were only recording one scene, it is a testament to the skill and talent of all who participated that Shawn was able to coax the abundant gifts of the two actors into characterizations that were immediately believable and nuanced. 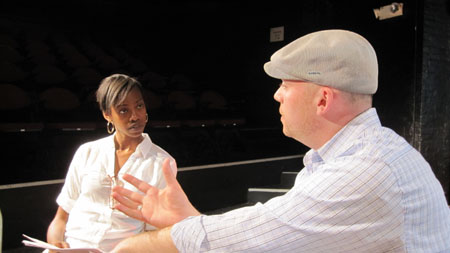 Finally, with this draft completed and a production scheduled at the Drilling Company November 4th – 24th, 2010, I hope that I have accomplished what I set out to achieve with the script. Of course, anything can – and probably will – change in rehearsals.