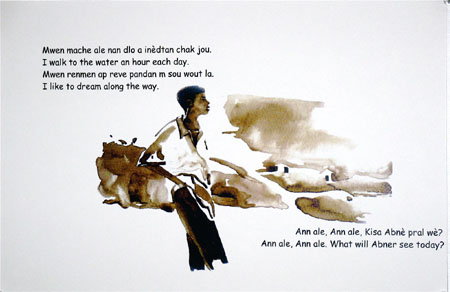 Over the past twelve years, I have had the privilege to be involved with the Matènwa Community Learning Center (MCLC), on the island of Lagonav, Haiti. Chris Low and Abner Sauveur, the founders of the school there, have been inspirational as both teachers and leaders. At first, I listened to their stories and looked at photographs of the local people as they began to build a culturally alive, literate, healthy and sustainable environment. Then I opened my Kindergarten classroom in Cambridge to visits from the Haitian teachers and staff. Finally, two years ago, my son Ben and I joined a small group of educators on a visit to the island. There were so many things I wanted to do: present a painting/art class, take video footage for a documentation project, and spend some time sitting quietly and painting. 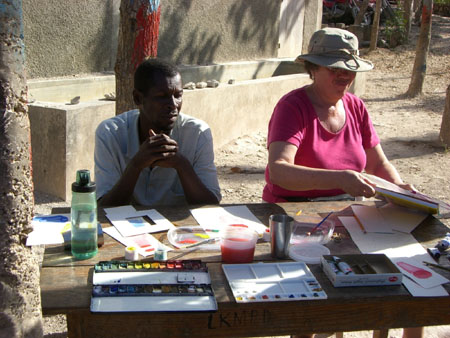 Josianne was our local hostess. We helped with cooking, played dominoes, and learned about the resilience, joy, history and culture of the Haitian people. During the visit, we were able to see firsthand the beginnings of gardens, children carrying five-gallon drums of water, and donkeys laden with bulging sacks. Before we left, Ben bought a chicken at the market as a gift to Josianne for her generosity and good spirit, hopefully contributing to her well-being for a long time. 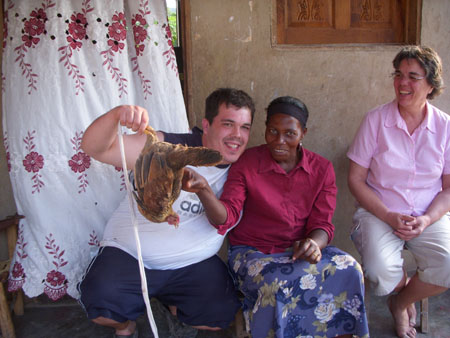 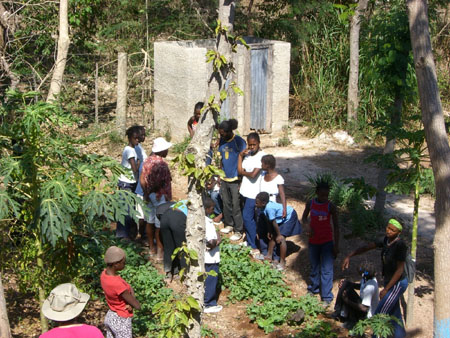 The school, which began with two classes, has grown to a full elementary school with two hundred students. Based on a strong belief in social justice, the plans and dreams never stop. Abner says it best: “Our dream is to be an agent of positive change in our community. There is a need to expand and to radiate and to serve as a model for other schools in order for the whole community, the larger community, and the country of Haiti to really feel the impact.”

Back in Cambridge with videotape and photos, I collaborated with Joanne Cleary, a longtime colleague, to complete a film Education and Hope, and create promotional posters for MCLC.

The next fall, I began to ask myself “What do you want to say with your art?” Until that moment my painting had been focused on building skills, creating realistic landscapes, still lives, and such. I decided to bring together my strengths as a painter and a teacher with my knowledge of Matènwa to create a children’s book that would honestly represent the Haitian people in their struggle to realize their dreams. 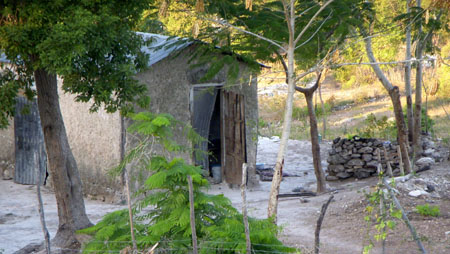 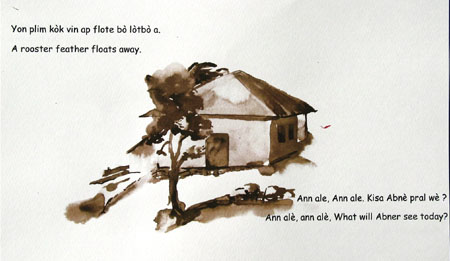 There were many challenges. I wanted to tell a story set in the rural mountains of Haiti. My focus would be on the strengths of the people there, and their many steady steps toward changing their own lives, the lives of their children, and the characteristics of their community. As the main character, Abner would be a child of great wisdom dreaming as he walked through his neighborhood on his daily mundane route to get the water for his family. I wanted the images to be simple, beautiful, and strong enough to tell the story by themselves. There was as much editing in the illustrations as with the words. Finally, since the book would be bilingual, I had to find a respected translator. Creole has long been the native oral language of Haiti, but it is less than twenty years old as a written language. So, it is really important to be respectful of the process and take the time to get it right. All along the way people have been very generous offering help with technology: scanning, correcting and printing the manuscript, networking and offering encouragement. Finally I sat with Abner and a translator to make sure that my writing held up to his dream. 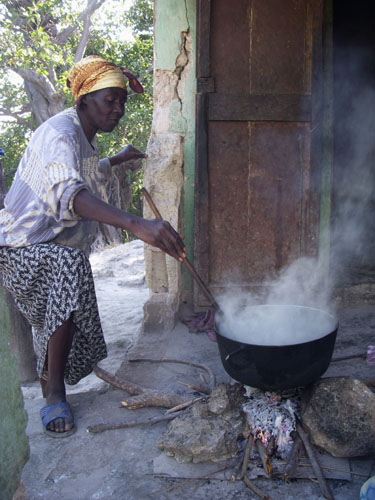 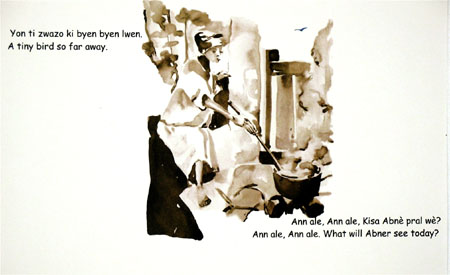 At this point, I am looking for an agent or a publisher to work with me on bringing this book to fruition. I’ve researched the current market, and it seems that very few, if any, books are written in both English and Creole. Using Creole rather than French for the translation underlines the importance of literacy development in the mother tongue, respect for the people of Haiti, and recognition of Creole as a written language. The bilingual verse brings attention to the likenesses of all people and our ability to learn from each other. The daily necessity of water is universal, as is Abner’s need for water to see his dream emerge and grow into reality. 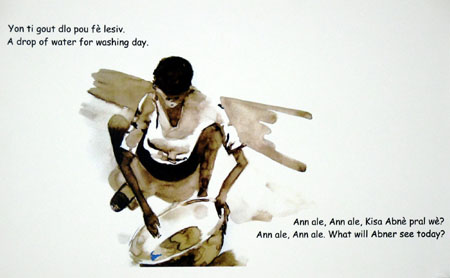 Although this book project has been in development for many months, the January 2010 earthquake in Haiti gave it a new sense of urgency. Presently, I am also working on illustrations for a book called I Am A Child Of The Caribbean. The verse is written by Juliette Low, the ten-year-old daughter of MCLC co-founder Chris Low, and is her reaction to the earthquake of 1/12/10. 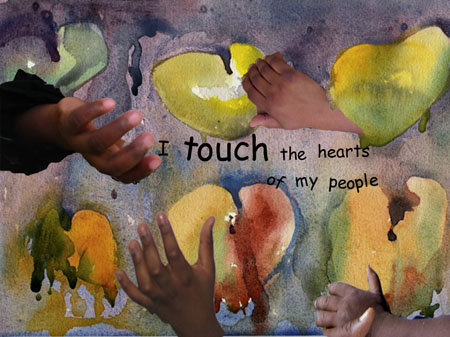 Watercolor paintings by Betsy Damian will be on exhibit at the Harding House bed and breakfast in Cambridge. There will be an opening reception on March 24, 5-7 PM.

Betsy Damian is a Mentor Teacher at Matènwa Community Learning Center in Lagonav, Haiti and a teacher at Tobin School in Cambridge, MA.

Images: pages from REV ABNE A: ABNER’S VISION by Betsy Damian, a Creole/English picture book for emergent readers (2010); photos from Lagonav, Haiti; and a page from I AM A CHILD OF THE CARIBBEAN by Betsy Damian and Juliette Low.