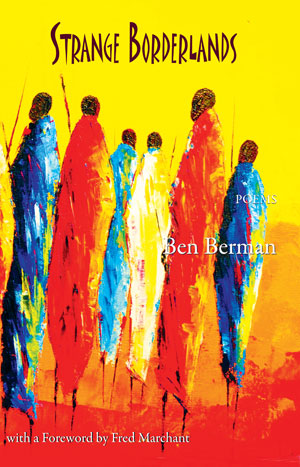 Ben Berman will read from his debut poetry collection, Strange Borderlands, at Brookline Booksmith on Jan. 5, and here, he maps its path to completion. 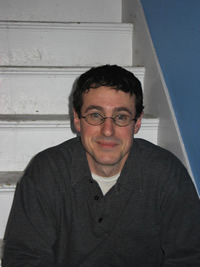 Many of the poems in the book are rooted in my experiences abroad – as a student in Nepal, as a Peace Corps volunteer in Zimbabwe, as a visiting teacher in Morocco – and tread the “strange borderlands” between cultures.

My years abroad tuned me into the complex layers of experience and the difficulties of saying anything with certainty. The first draft of a manuscript was over a hundred pages long and simply chronicled my day-to-day life in Zimbabwe. Eventually, I pared this down to a ten-page sequence called Interruptions that opens the book. The rest of the poems in the collection consider what it means to return home and continue on with our lives.

I like to think that I tried to immerse myself in Shona culture as respectfully as I could. Still, it’s hard to write about Africa without remembering the final paragraph of Things Fall Apart when an incredibly complex world is reduced to a sweeping generalization in a white man’s book. And so one of the challenges of writing these poems was that I didn’t want to think of my experiences abroad as fodder for my writing – and when that’s what they became – how to understand that as part of the narrative.

Nor was I interested in writing a memoir – in thinking of my experiences as worth writing about simply because they happened. It wasn’t until I found a rhythm or unsettling image or strange rhyme that I became interested in shaping my experiences into poems. In some ways, it was easier to write the poems that weren’t based on personal experiences. I have one about eating a grilled dog penis in Vietnam – a story that I stole from a friend of a friend. Because it wasn’t my experience, I didn’t have to figure out which details or threads to leave out and found it easier to stay attentive to the language and images as I composed it.

The book is divided into four parts, and I like to think of the final section as a conversation between Yeats’ notion that a poem clicks shut like a box and Valery’s that a poem’s never finished, only abandoned. The poems in this section alternate between the tightly intertwined rhymes of terza rima and some loosely connected prose poem sequences. I guess this is how it felt to be home for the first few years after the Peace Corps. Sometimes I felt deeply entangled with the life I left behind, sometimes I understood it in fragments that refused to align as a continuous narrative.

The final poem of the book ends on a line describing a video I saw in a modern art museum in New York – Still, there is something about the man running and his dead-end flirting with the world – the way he continues on, flailing and unwavering. I think this is probably as close to closure as I get.

Ben will read from Strange Borderlands at Brookline Booksmith on Saturday, January 5, 2013, 7 PM.

Ben Berman grew up in Maine, served in the Peace Corps in Zimbabwe and currently lives in the Boston area with his wife and daughter. He has received the Erika Mumford Prize from the New England Poetry Club and Artist Fellowships from the Massachusetts Cultural Council and Somerville Arts Council. Strange Borderlands is his first full-length collection.