You are here: Home / call to artists / Thorny Artist Opportunities 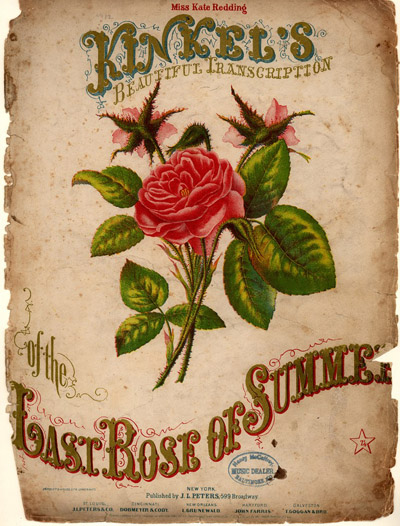 Visual Artists and Filmmakers Resonate! A Synthesis of Sight and Sound, a multidisciplinary event being held September 28, 2011 at Oberon in Cambridge, MA is looking for visual artists and filmmakers. The intention of the evening is to allow young artists in the local/regional community to get together, possibly collaborate, and strengthen one another’s audiences. The evening will consist of 3 to 4 bands, and an art sale to begin before the music and go on throughout. The event will feature musicians that are blending elements of folk, pop, jazz, and improvisation in their music. The intention is for an open genre approach to filter throughout the evening. Visual artists are sought for selling and showcasing work, as well as filmmakers for collaborating with the featured musicians. Contact Leah at ResonateCambridge@gmail.com.

Photographers The Photography Center of Cape Cod is now accepting entries for their Photo Contest 2012 Calendar. They want photos that depict a season or month in the year that were shot on Cape Cod. The winning images will also be hung as part of a special exhibit in the Cape Cod Art Association gallery. The 2012 Photography Center of Cape Cod calendar will be a high-quality, poster style calendar, with each month treated as its own frame-able work of art. Enter as many pieces as you like, $10 per entry fee. Jurors are Barnstable Town Councilor Ann Canedy,  photographer Stephen Heaslip, and Hyannis Chamber of Commerce Director Jessica Sylver. The calendar will be available in their gallery, online and at different locations across the Cape. Questions: manager@photographycenterofcapecod.org.
Deadline: September 12, 2011

Craft Artists Applications are now being accepted for Craftboston Spring and Craftboston Holiday 2012. There is only one application for both 2012 shows. Read more. Questions: show@craftboston.org.
Deadline: September 13, 2011

Playwrights The Portland Stage Company is now accepting entries for their 2011-2012 Clauder Competition. The Clauder Grand Prize Winner will receive a cash award of $2,500, as well as a full production at Portland Stage with a professional director, designers, and actors. The Clauder Gold Prize winners will each receive $600. Grand Prize and Gold Prize winners will be invited to workshop their plays at the Little Festival of the Unexpected, Portland Stage’s annual new play festival where playwrights, professional theater artists, and audiences develop new works in a nurturing environment. Additional prizes will also be awarded to the best play submitted from each of the six New England States. Learn more.
Deadline: March 1, 2012 (postmark)