You are here: Home / call to artists / The Greening of Artist Opportunities 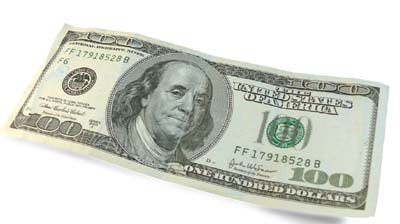 We like Benjamin. Particularly when he finds a home in the pocket of an artist. Here are a few opportunities to cash in on:

Seashore Residency The Provincetown Community Compact is accepting applications for Dune Shack residencies for the 2011 season. No room service, just peace and quiet and your creative thoughts as the tides come in and out. The Dune Shacks are located within the Cape Cod National Seashore and protected by the Peaked Hill Bars National Register district. At the same time, they remain fixed indelibly in the consciousness of the local community. Balancing these dual interests, The Compact’s programs support and enhance federal public access and interpretive goals while strengthening the community bonds of people and place.
Deadline: January 15, 2011

Photographers The Worcester Center for Crafts is currently seeking submissions for Center Yourself, a look at how the individual and the community are “centered” through the arts. Jurors are Lou Jones, Commercial and Fine Art Photographer, and Paula Tognarelli, Executive Director and Curator of the Griffin Museum of Photography. Questions, call 508-753-8183 or email
cdonnelly@worcester.edu.
Deadline: January 31, 2011

Call to Artists The Cultural Center of Cape Cod’s exhibition Flowering in February, is open to all artists. It will be a juried exhibit featuring a range of media depicting flowers and other flora that bloom. The intention is to fill the Cultural Center with color, fragrance, and light. All media – and all interpretations of the subject – will be considered. Artists are invited to submit up to two pieces.
Deadline: Drop off for jurying is January 31, 2011.

Filmmakers The 2011 Berkshire International Film Festival (BIFF) call for submissions are open for feature, documentary and short films. Selected films will be chosen by the end of March and announced in April. The 6th annual festival will be held June 2–5, 2010 at the Triplex Cinema, the historical Mahaiwe Theatre, the Beacon Cinema and other venues throughout Great Barrington and Pittsfield. All awards carry a $5000 cash prize.
Deadline: March 1, 2011