Tim Murdoch recently completed two commissioned works, Reflex, an interactive installation in which a wall of mirrors ripples as people sit upon the bench in front of it… 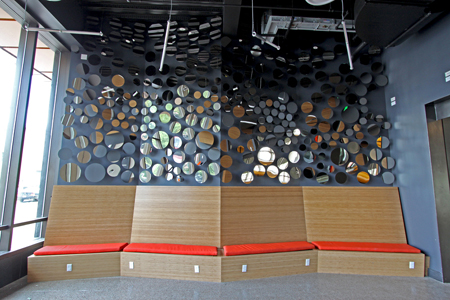 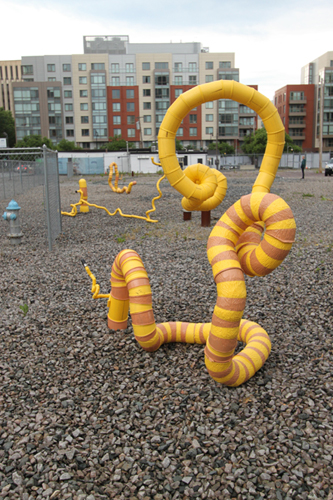 We asked the artist to offer a peek into the process by which he creates his intriguing, large-scale, site-specific works.

Recently I was fortunate enough to have two different commissions going at the same time. A permanent installation, Reflex, at Massachusetts College of Art & Design‘s new Residence Hall, and Emergence, a temporary installation at the future site of the Constellation Center in Cambridge. 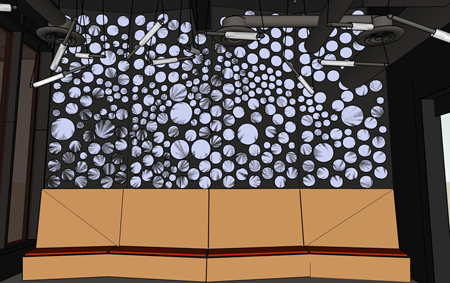 My project at Mass Art was a year in the making before I even lifted a screwdriver. Beginning in 2010, I gave five presentations showing six different proposals for three different locations. It was a monotonous process but well worth it in the end as everyone worked hard to get me the best possible site. 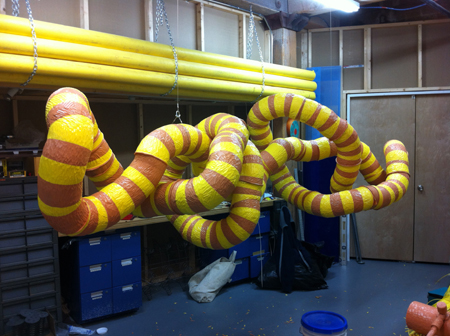 Early in the Mass Art process I needed to do something productive in my studio so I started working with material that I had lying around from a previous installation, polyethylene gas tubes. The image above was hanging in my studio when I got a request to propose an installation (Emergence) for The Constellation Center in Cambridge. 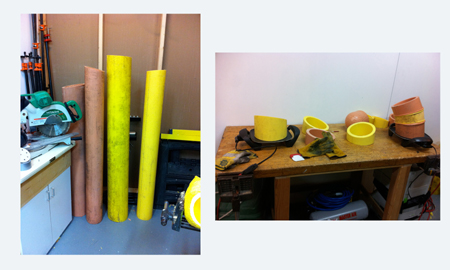 Through conversations with gas line workers on the street I learned that I could weld the tube ends together using a relatively low heat source.

I hurried to satisfy a mid April deadline for Emergence so I hired a former student to help with the fabrication, Sampson Wilcox. 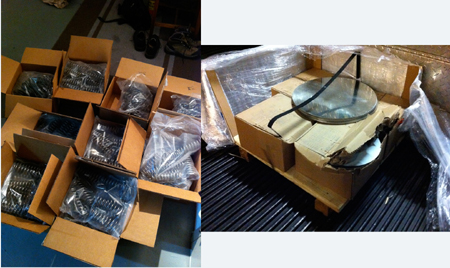 It turned out the deadline was extended just in time for the materials to start arriving for Reflex. Above are boxes of custom made springs and polished stainless steel discs. 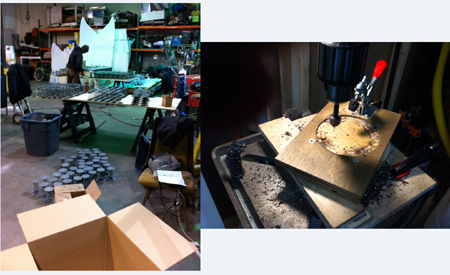 After I pre-drilled 370 mounting discs, Blake Courtney welded the springs to the plates. 740 discs to 370 springs, yikes ! 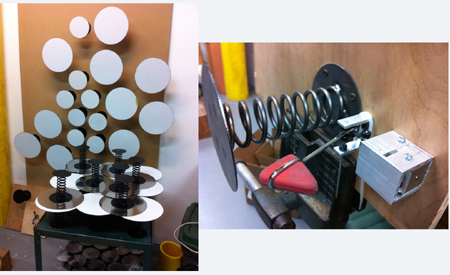 As the welding progressed, I began testing the hammer modules on some actual springs. I went through five different reflex hammer types before settling on just the right ones. I was also testing ways to connect the mirrors laterally finally deciding upon bungee cords that I could custom cut and easily attach hooks.

The building and site were progressing enough for me gain access and see what the actual location looked like instead of visualizing through the drawings. 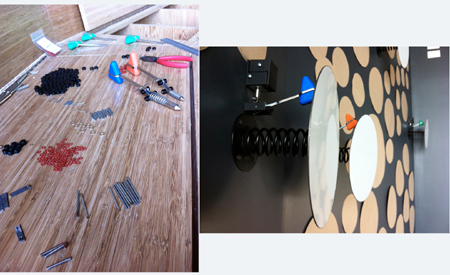 Finally I began installing the work and adapting all the different aspects of the piece to the site. After six weeks of installing twenty-eight hammer modules, three hundred mirrors, coupled with pressure sensors, electronics and coding by Dave O’Brien, the bench and mirrors are up and working. 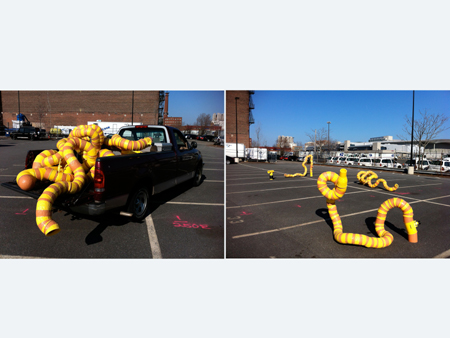 Now it was time to revisit Emergence. I had to do a test-run as the studio was too small to see how the different pieces of would interact. Field trip! 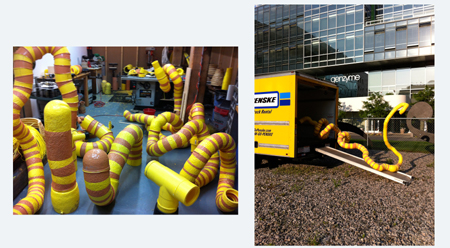 Delivery day. The piece went from an initial twenty-four linear feet hanging in my studio to approximately one hundred and sixty to occupy the Constellation site.

Reflex is a permanent installation at Massachusetts College of Art & Design‘s new Residence Hall. Emergence is a temporary public art installation displayed at the future site of Constellation Center, for one year.

All images courtesy of Tim Murdoch.