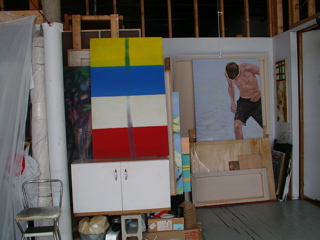 Susan Post received her undergraduate degree in studio art and cultural anthropology from Princeton University, and thirty years later was awarded a Master’s of Fine Arts degree from Massachusetts College of Art and Design, where she was a member of their inaugural class in residence at The Fine Arts Work Center in Provincetown. 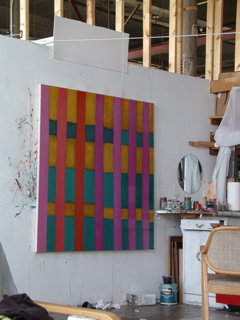 In recent years her paintings have been exhibited in New York at the OK Harris Gallery, The Painting Center, and at the Woman’s Museum in Dallas, TX, during the College Art Association’s Annual Conferences. For the past three years she has participated in the Annual AIDS Benefit Everything But Paper Prayers at the Barbara Krakow Gallery in Boston. Her work was featured as the cover art of the February, 2008 concert Playbill at Carnegie Hall in New York City. She is currently represented by The Schoolhouse Gallery in Provincetown.

Susan lives and works in the suburbs of Boston. ArtSake asked Susan if we could take a peek into her studio and have her tell us a bit about her work process. 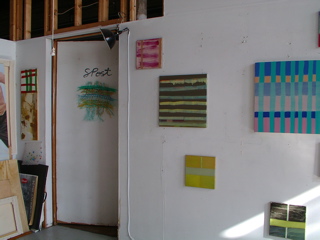 I try to find ways for paint to ‘behave’ rather than depict, with a sense of space resulting from neither dissemblance nor resemblance, but instead from a small number of pivotal decisions – mostly about edge and color – that emerge from the process rather than being motivated by illusionistic device. 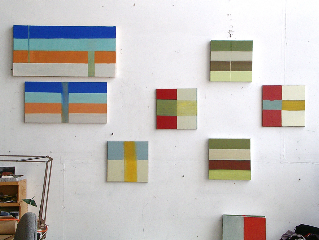 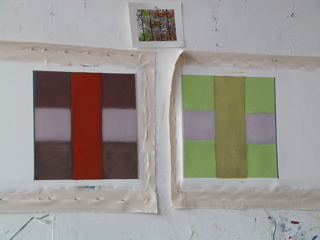 Marking a surface with seven lines lends it an amount of complexity just beyond the easily discernible. At the same time, it affords a binary pattern that begins and ends with opposing elements, without setting any criterion as to which (the surface or the mark) is figure and which ground. 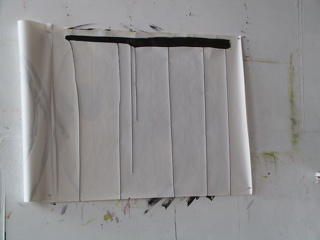 Further dividing one set of seven lines perpendicularly, with alternating wide and narrow bands of contrasting values achieves a wide range of kinds of line and creates multiple incidences of simultaneous contrast. 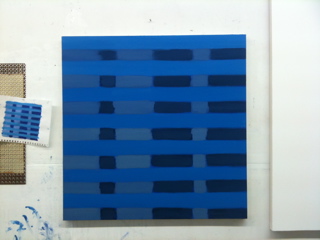 To see more of Susan’s work, check out her Web site or one of these upcoming exhibitions: