By sheer force of artistic will (and vice grips and wood glue) Michael Zelehoski (MCC 2010 Painting Fellow) finds three dimensional objects and forces them to behave and leave behind the land of 3D that they occupy and instead perform as sculptural paintings inhabiting a 2D space. Say what you will, but he’s found the perfect way around cleaning paint off of brushes. You can see some of his work at the upcoming June exhibition of fellows work at the Tufts University Art Gallery, but for now, let’s look at his magnificently cluttered/organized space. 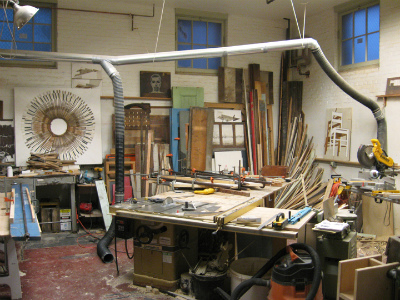 This is my studio in Pittsfield, Massachusetts. My landlord calls this accumulation of detritus ‘art creep’ and I’ve probably been called worse myself. My process involves the selection and re-contextualization of found objects, meaning that I find stuff – usually in dumpsters or on the side of the road – and literally collapse it into the picture plane. This translation of three-dimensional volume into two-dimensional surface is integral to much of what we think of as representational art. I just do it in a very literal way. 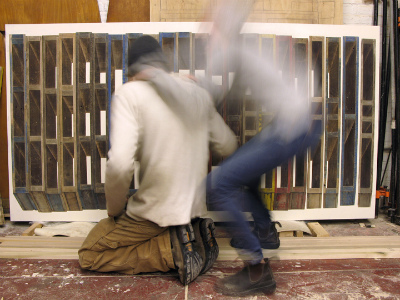 This is more like it – my invisible girlfriend and I putting the finishing touches on Stack of Pallets, 2010. This modular, geometrical assemblage is very much in dialogue with Minimalism, (see Donald Judd’s modular, cantilevered boxes) in spite of being hand crafted from time worn materials and framed in pictorial space. 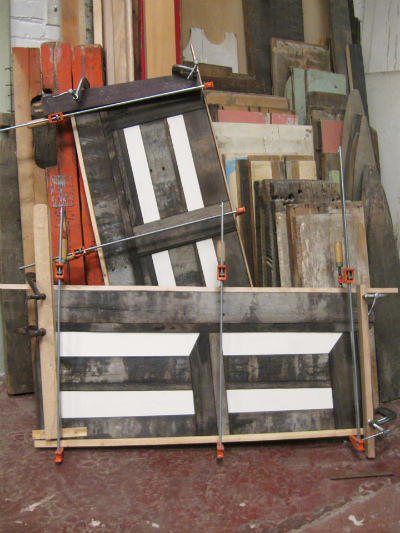 Lately I’ve been working with a lot of humble, utilitarian objects such as boxes and pallets. These objects, usually thought of as means for moving other things around, become ends in themselves when incorporated into the picture plane. 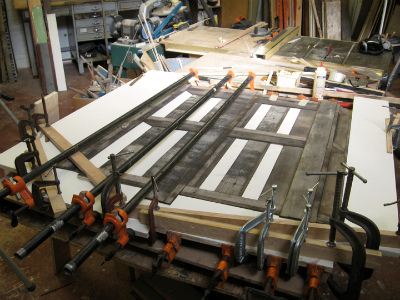 Suspended in two-dimensional space, the pallet finds itself inert and impotent, yet it remains perceptually active and productive. 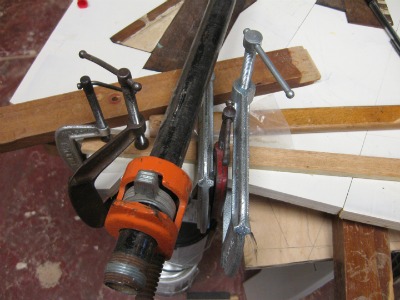 This spatial transformation is often intense. The objects can resist mightily and every step in the process involves cutting and joining, using sometimes dozens of clamps at a time. I have often asked myself why I can’t just grab a pen or paint brush and call it a day. 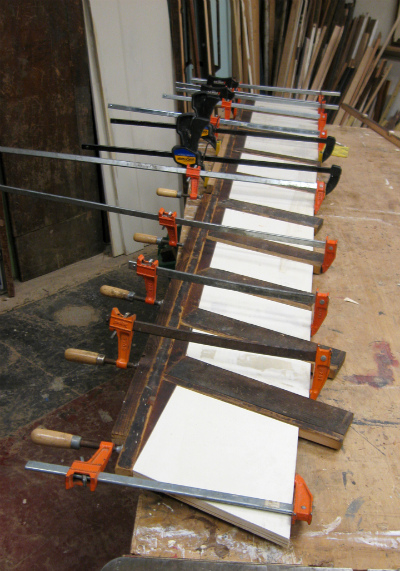 The object’s concreteness is in direct contrast to the spatial illusionism of its composition. 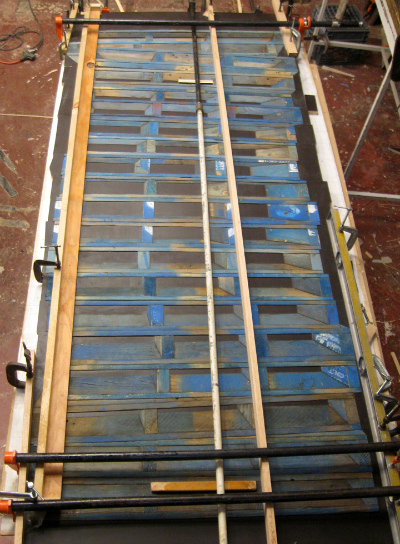 This is my second and perhaps last stack of pallets. It’s composed of almost four hundred individual pieces and took about a month and a half to complete. 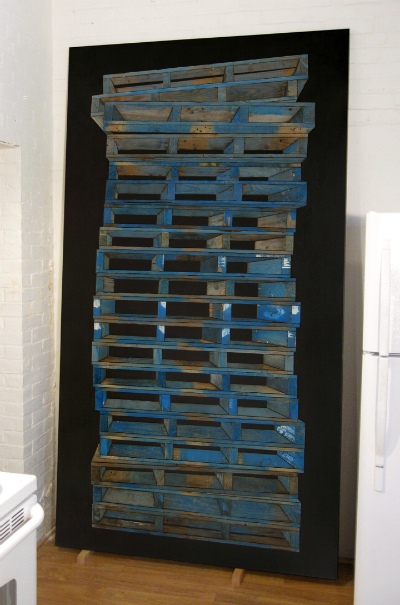 For now this piece adorns my kitchen (see fridge for an idea of scale). I look forward to exhibiting it in the MCC awardees show at Tufts University this summer.