You are here: Home / painting / Steven Bogart on Cabaret & the permission to create

Steven Bogart is the director of a new production of Cabaret, opening at the American Repertory Theater in Cambridge on August 31. It’s an intriguing gig, and a good fit for an artist whose creative reach includes work as a playwright, director, designer, painter, and teacher.

We spoke to Steven about the new production and his ongoing work as a multi-disciplinary artist.

ArtSake: You’re directing Cabaret at the A.R.T. (opens August 31). Amanda Palmer, who will play the Emcee in the production, said on her blog that the show will be “interactive and dark,” with “lots of room for inclusion.” With those tantalizing hints, plus the storied history of the musical, I have to ask: how, as a director, do you prepare for a project like this?

Steven: For me, preparation usually begins with something emotional that pulls me into the script. I try not to worry about other productions of Cabaret. I try to engage in the material on a personal level and trust my instincts around choices, and I encourage the creative team and the actors to do the same. I’ve been in love with Dada, German Expressionist painters and film since I was a boy so I had an immediate visceral response to the themes and images in Cabaret. Then, I think, in the same manner in which I try to write a play, I make sure that the main feeling, idea or image that is resonating is always in front of me. In the case of this production of Cabaret, it is an image of Charlotte Rampling in the film, “The Night Porter” that captured me. You can see that we used that image as a template for the poster.

This production is challenging because we are staging it as an environmental piece where the line between the Klub, the audience and the story of the characters is blurred. I am trying to set up a rehearsal environment where there can be lots of freedom for the actors to engage through improvisation within the Klub and the scenes.

ArtSake: You also worked with Palmer to create The Needle That Sings in Her Heart, performed in 2009 at Lexington High School (where you teach and where Palmer went to high school). Can you talk a little bit about that project – how it came to be, and the process of collaboratively creating a new work from scratch?

Steven: Amanda and I have been trying to do Cabaret together since 2001. After several failed attempts to set it up with different theaters, we decided to workshop a new piece. We were planning to do this in Australia at the Sydney Opera House, and actually had a big meeting in NYC with the Opera House. They were ready to book the project, but then our producer at the time, crunched numbers and it turned out to be too expensive. So Amanda and I decided to do the project at Lexington High School where the students were used to the collaborative playwriting process with me. Of course this was true of Amanda when she was my student. Even though Amanda was 15 years out of high school, It seemed like a great fit.

The process is challenging but incredibly exciting. The way I usually begin is by setting up a jumping off point. It could be an image, a theme, a headline from a newspaper article, or a piece of music. For example, one year I created a piece with students where the starting point was Beethoven’s 9th Symphony digitally stretched over 24 hours. Another time, we used the paintings of Joan Miro as a way in, another time it was stop-motion animation and the Kabbalah. With, The Needle That Sings in Her Heart, the jumping off point was the Neutral Milk Hotel album In an Aeroplane Over the Sea and Anne Frank. We chose this because Amanda and I loved the album and we knew the kids would fall in love with it.

In the rehearsals, we do lots of brainstorming and structured improvisations where the cast is divided into smaller groups and given a certain amount of time to create a short improvisational piece. The n the groups share their pieces, we record the images, ideas, and characters that come out of this work. We keep this process going for a while, usually until something really grabs all of us, and then we hone in on what seems to be emerging. Then the improvisations are more directed towards developing the specifics of the piece. The investment and commitment in this kind of process is amazing and is often life changing for students. We all walk away with a deeper understanding of the possibility of theater and creativity. I love it! 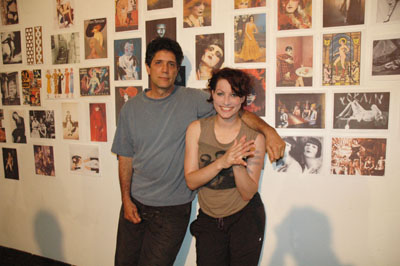 ArtSake: What do you gain through a continued creative relationship, such as your ongoing collaborations with Palmer?

Steven: Amanda is a brilliant artist, and when it comes to theater, our aesthetic and artistic values are quite similar. It is exciting to work with others who ultimately want similar results artistically. She also challenges me with all her ideas, and of course I love working with alums as much as I love working with my current students. I’m pretty lucky.

ArtSake: I’m fascinated by the range of your creative work. Along with directing and teaching theater, you also write plays, do theatrical design, and have a separate, accomplished career as a fine arts painter. How does your work in one artistic discipline interact and inform the others?

Steven: Oh man, I think this is complicated. I’m not really sure I know, and for many years I struggled with this because I felt so schizophrenic. Maybe it’s all the same. I just got excited by art. If I could dance, I think I would do that too. Even now, as I embark on Cabaret, a new idea for a play hit me and I’m excited about diving in, but I am also consumed by Cabaret. However, I think when the juices are flowing in one medium, at least for me, it can get things going everywhere. The problem becomes about time. At one point, my stepmother said, why don’t I pick one art form and become great at it, but I can’t seem to ignore all my loves. My teaching and directing at school allow me to experiment a lot. This answer is all over the place because I really don’t know. 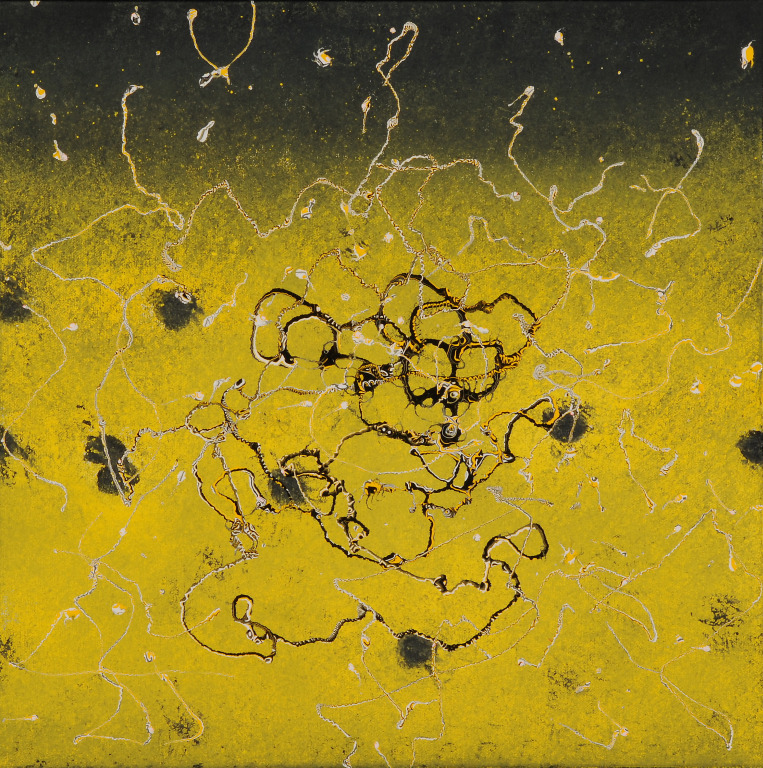 ArtSake: You received a finalist award from the MCC Artist Fellowships for your play Pigcat (read an excerpt). Can you talk about the development of that play, and where it’s headed next?

Steven: I was surprised and grateful to have received that fellowship. The seed for the play came from a short poem I wrote about fishing when I was a boy. The poem led to a ten minute play that was performed in the Boston Theater Marathon, and from there it became a full length one act. It took me two years to write the first draft. I was struggling with it, so I put it aside for a couple of months. I had only thirty pages of the play and some vague notes about where it wanted to go. Getting the finalist award gave me an extra boost of energy to dig in and finish a draft of Pigcat. This led to Pigcat receiving The Holland New Voices Award at the Great Plains Theater Conference. I was very lucky to have had David Lindsay-Abaire, Marshall Mason, Eric Ehn, and Connie Congdon respond to the piece. Now, I’m doing some minor tweaking and plan on sending it out to theaters. We’ll see though. It’s such a difficult process to get a play produced.

ArtSake: What’s the most important idea you try to instill in emerging artists you teach?

Steven: Be patient and give yourself permission, lots of permission to explore anything that stirs your heart and imagination: We hear the word “no” way too much in our lives and it puts a vice grip on our creative impulses. I see this all the time in schools. As a director and theater teacher, my mantra to them is to be invested in the success of every other person in the room with you. I don’t believe the art of theater can be achieved without this kind of commitment.

Steven: Hmm, well I decided to stay in education and that has had its ups and downs as I’ve struggle to find time for my own personal artistic endeavors. And I’ve wondered what a professional life in the theater would have meant, but at the same time, I have created some amazing and mind blowing theater with my students that I probably would not have been able to do professionally and pay my bills. I love creating with my students, and my work in education has really informed my approach and ideas about theater–what it is, and what it could be. Working with students keeps giving back to me in wonderful ways. I’m still connected with many of my alums and it has been personally and artistically rewarding. In this production of Cabaret, I have eight alums involved as performers, designers, etc. I wanted them around me, like a family reunion, but in the theater. I’m so happy about this, I well up now and then. So I guess staying in education has had the most impact.

Steven Bogart writes, directs, paints and teaches theater in the Boston area. His play Conspiracy of Memory was a Kennedy Center Finalist for New American Plays in 2002. His play Alice In War was part the Summer Play Festival in New York City in 2007 and Chicago’s Stage Left Theater’s Leapfest in 2008. Additionally, his plays have been performed at the Boston Theatre Marathon, ACME Theatre, Boston Theatre Works, and MIT. He is cofounder of Rouged Ape, a paratheatrical theater company working in the Boston area.