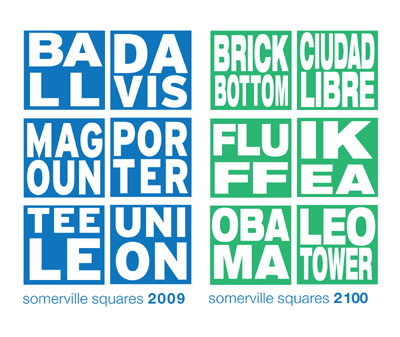 If you’re an artist who lives or works in Somerville, Massachusetts, you know by experience that it’s an arts-infused place: reverberant with musicians, splattered with painters, and bestrewn with, well, artists who make art that can be strewn – maybe quilters? Anyway, there’s every reason to believe that in the future, the Seven Hills will continue to emanate the atomic glow of art-being-made.

In the near term, Union Square in Somerville is expected to see growth due to a proposed extension of the MBTA’s Green Line, and the Somerville Arts Council has worked with the city to create zoning that complements that growth while encouraging the arts.

The new zoning code provides incentives for arts development, including the designation of a Union Square Arts Overlay District and Transit Oriented Districts to bring about more arts-related use of new and existing spaces.

You can read more about it in an easy-to-read guide to the changes put together by the Somerville Arts Council. 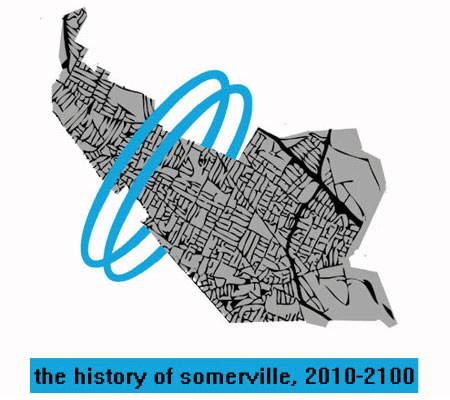 So, that might portend some trends in Somerville’s near future. But what about 2020? 2050? 2099? Tim Devin’s The history of Somerville, 2010-2100 is a community arts project that dares to ask what the future holds for the ‘ville. Tim is gathering predictions from past and current residents, as well as official plans. He plans to use his research to create timelines and assemble a series of talks. He’s posted a few of the predictions he’s already received on his site, including this one:

2080: By now, Somerville is densely populated, as Boston and Cambridge are flooded. Residents farm and tend gardens.
Source: Jennifer Mazer

Until December 31, 2009, you can contribute your own predictions about the future of Somerville.