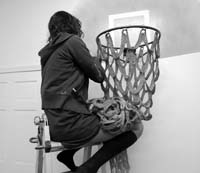 Playwrights  LGBTQ theatre company seeks full-length scripts at any stage of development that have not had a full production for their XYZ Festival of New Works at About Face Theatre (2012-2013 Season, Chicago, IL). Scripts that break traditional ideas about dramatic form, structure, and presentation are encouraged. Selected plays will receive seated or staged readings with the support of professional directors and actors. Learn more. Questions: literary@aboutfacetheatre.com.
Deadline: January 8, 2012

Camera Phone Photography Submissions are now being accepted for the iSpy exhibition at The Kiernan Gallery in Lexington, VA. The Kiernan Gallery seeks images taken with cell phones that span all genres of photography. Only images taken with a cellular phone will be accepted for this exhibition. Use of apps (e.g. Hipstamatic, Instagram, Darkroom, Tiltshift, Pano, etc.) is acceptable and encouraged. Learn more.
Deadline: January 26, 2012 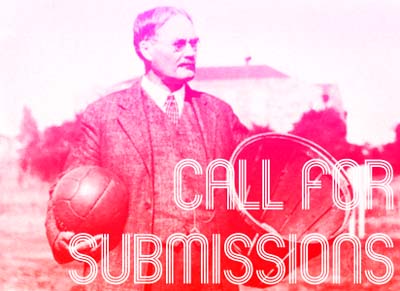 Knit and Crochet Artists  No basketball court should be without a net. With that said, the Knit & Crochet artists have a call for submissions to cure what they have dubbed as the empty net syndrome. A little back court info: over a year ago NCAA (New Craft Artists in Action) team captain launched MOLTENi Net Works in Boston. Bringing together makers and players in collaborative exchange, the project aims to create functional, hand-crafted basketball nets for neglected public hoops. Inspired by DIY slow production, this process fosters creative problem solving, urban upkeep, and re-purposing of abandoned space to build a pro-active network between artists, athletes, and neighbors. Learn more. Expression of interest requested by January 31, 2012 to molteninetworks@gmail.com.

Temporary Public Art The Boston Center for the Arts (BCA) is currently accepting applications for Occupy 539, a unique platform for artists to engage with audience through public art projects that explore ways in which people congregate, occupy, and linger in public spaces. Artists are invited to submit proposals for a temporary public art project that will be exhibited on the Plaza of the BCA campus for July – September, 2012. Learn more. Questions: bfriedberg@bcaonline.org.
Deadline: February 6, 2012