The 2011 Commonwealth Reading Series of events with MCC writers and poets continues this week with a reading at Porter Square Books in Cambridge on Thursday, March 31, 7 PM.

We asked one of the participating literary artists, Sharon Howell (Poetry Fellow ’10) about her work and life, about being a poet in every time.

ArtSake: You received your MCC award for poems from the collection Girl in Everytime. The poems are structurally and linguistically inventive, with lovely, even odd wordplay (at times it calling to mind Samuel Beckett). Can you talk about where the poems in Girl in Everytime are coming from? 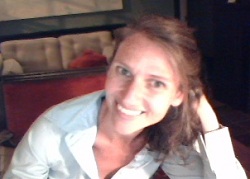 Sharon: I was spending a lot of time on an island in Maine, in Penobscot Bay (interestingly, where George Oppen used to spend summers: and it’s a simply tiny island with only one family – the same as when Oppen and his wife were there – who lives there permanently), and a couple of summers ago I was there by myself in a little cabin with no electricity reading Ovid and Virgil. So I was in a mythic space and a natural, pretty uninhabited space, and started thinking of the natural world in terms of origin myths and the presence of gods that explain and domesticate big elemental forces. Also the way the time of the gods – the way Ovid has them experience time – feels a lot like geological time in its distention and awkward relationship with human time. I remember the first lines of what became this sequence were “Once along a time, and everywhere is another. It kept up.” That to me configures this funny relationship between the time of origins or eternal time and the daily time we experience, and all the other times alongside. I imagined time after a while as a character.

I think that may be where some of the Beckettiness comes from: finding a personality where you didn’t think there was one, in the abstraction – which happens in Stein, as well. It’s also in the fun, I hope, of this defamiliarization of a girl also being an island who has a “westward eye,” a “north slope,” or a road going up and down her spine – and then suddenly becoming a bell hanging from a tower, or a monarch butterfly coming out of her case.

ArtSake: I’m always interested in writers’ and poets’ day jobs. Yours is teaching at Harvard and serving as their Resident Dean at Adams House. How does that work accommodate your writing?

Sharon: I first want to say how amazed I am by the MCC’s Artist Fellowships, which are something of a miracle in the scheme of things: it was incredibly encouraging to receive this award at the moment I did, and it has been such an honor. I feel a great deal of responsibility to write because of it, too – it’s a gesture of great faith – which is something that I did not feel before and has helped me seriously to carve out time from what can be an all-consuming job. So I’m extremely grateful.

Being a House Dean at Harvard involves living in an undergraduate house (which for me is lovely because it puts me in the middle of Harvard Square, and infuriating because it puts me in the middle of Harvard Square) which contains around 450 upperclass students and is host to an endless number of events, performances, programs, dinners, concerts, readings, and crises. It’s extraordinary and exhausting. I also teach in the History and Literature concentration, where we work very closely with students in tutorials to design constantly different courses of study, so that keeps me hopping intellectually. So I think what I’m saying is that my day job is fulfilling and exciting in lots of ways, and I’m awfully glad to have it, but does not in the least accommodate my writing, except in one important way: summer. I make the most of summer and the other academic year breaks we have, and I’m well aware that long stretches of time away are unavailable in most other jobs.

ArtSake: You founded a series of poetry podcast called Ramblebarrow, where you converse with poets like Oni Buchanan and Joanna Klink. What prompted Ramblebarrow, and what are some of your favorite moments from those conversations? 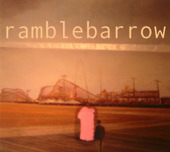 Sharon: My husband is a big podcast listener, and suggested a couple of years ago that it would be a fun idea to do a poetry podcast – he bought me all the sound equipment and arranged all the logistics. He’s much more entrepreneurial than I am, so it wouldn’t have happened without him… basically he set me up in front of the microphone and said “ok, now talk about poetry.”

Doing these podcasts is so much fun for me, and I’ve met some amazing people through them who are now friends – Anna Deeny, who translated Raul Zurita, Patrick Pritchett, Joanna Klink. I have also enjoyed talking with people whose primary work isn’t in poetry but includes poetry interestingly, like Bill Powers and Mark Wolf. My favorite moments have been in the readings – Zurita’s amazing voice, and Mike Doughty’s singer’s reading of “Here’s How it Ends” – where it makes such a difference to have poetry in the ear, resonating non-intellectually.

This isn’t a favorite moment, but my most pathetic moment was when I interviewed Zurita for the first time – he was so gracious, letting me bring all my equipment into his house, and he did these wrenching, emotionally intense readings, and Anna Deeny translated for us – and I realized when I got home that I hadn’t recorded any of it. I was mortified. Amazingly, they let me come back and did it all again, just as wholeheartedly.

ArtSake: I understand a collection of your poems will be published by Pressed Wafer – congratulations! Can you talk about how that good news came to be? And when can we expect to see it published?

Sharon: Yes, I’m very excited about this, for sure, it’s my first book. I am so indebted to my friend, the poet Patrick Pritchett, for the whole thing. He handed the Girl in Everytime poems to Pressed Wafer’s founder, Bill Corbett, and then Bill beneficently also took the other half of the book, a series called Lefty in Luck. So, Sharon in Luck.

The book itself will be called Girl in Everytime, and it’s coming out soon: this spring, probably May.

Sharon: I never read enough contemporary poetry: I do get review copies of FENCE Books that I look forward to. And I’ll read anything by Charles Simic, Anne Carson, or Michael Cunningham. I did scholarly work in English and American Literature previously, and the nature of my current teaching is quite eclectic, so I tend to get hijacked by the canonical before I can attend to the new.

I have just finished another book-length series of poems, this time about a Thief and a Wife. So while doing that I read Thieves Like Us by Edward Anderson, and Moll Flanders (who is a thief and a wife, in one), and Melville’s The Confidence Man, etc. etc. and watched thief movies like Hitchcock’s To Catch a Thief and Butch Cassidy and the Sundance Kid, The Thomas Crown Affair.

I’ve become fascinated with the problem of the con, and the heist, in the current place we find ourselves in America… bankrupted by thieves who aren’t much like us at all. Part of what I’m doing is eulogizing the thief as a glamorous figure, as someone whose work takes place outside of the realm of everyday exchange, where values are already arbitrary. Jewels, art, etc, are things that only the wealthy monetize, and all of these iconic fictional thief figures have a kind of sympathetic Robin Hood quality, where they steal only from the rich who will not suffer from it, and exploit the folly of arbitrary value. What’s happening now that feels so repulsive is the opposite in every way – our thieves are stealing from the vulnerable and poor to further enrich the rich, and doing it insidiously with no personal risk. No tiptoeing across the roof at night or riding hard away from a train, just sitting cowardly high up in a tower and bundling up toxic assets.

I also realized while doing the piece that almost every good story is about a thief in some way or another – I couldn’t keep up. So in one poem there’s a bronze of him in the town square, to suggest that combination of ubiquity and nostalgia for a brand of heroism. He gets away, though, in the end. Not to spoil it.

ArtSake: Have you found it challenging to balance the unconventional challenges of a writer’s life with other aspects of your life?

Sharon: Absolutely: but up until recently I wouldn’t have even thought of myself having a “writer’s life,” because that part of my existence was so marginal and stolen. As I say, the MCC fellowship and the imminent book have helped me to justify working on poetry to myself and others.

I have a husband – who is an artist – and two children under 10, so my life has some significant delightful chaos in it. One thing we’ve been doing as a family over the past couple of years has been helpful, if difficult: my husband and kids have been spending about half the year in the rainforest of Costa Rica, living on a farm and riding horses to a little bilingual school (called “The Cloud Forest School”). I miss them terribly, but the unaccustomed solitude here in Cambridge has allowed me the mental space to write in a way otherwise impossible. I also get to visit them and hike through the mountainous jungle looking out to the Pacific Ocean, where giant blue morpho butterflies float by and you see toucans and monkeys regularly. This provides a healthy contrast to winter in Massachusetts.

All in all, I can’t imagine a much luckier life.

Sharon joins John Canaday, Kathryn Kulpa, Allan Reeder, and Julia Story for a Commonwealth Reading Series event on Thursday, March 31, 7 PM, Porter Square Books in Cambridge. Following that reading, there is one more event in the series, at Newtonville Books in Newton (4/5).

Sharon Howell‘s work has been published in Colorado Review, Diversity and Distinction Magazine, and Notre Dame Review. A forthcoming poetry collection has been accepted for publication by Pressed Wafer Press. She is the creator/director of Ramblebarrow, a bi-monthly podcast radio show about poetry (download on iTunes). She has a Ph.D. in English and American Literature and Language from Harvard University, where she teaches.