You are here: Home / artist to artist / Self in Art

Roughly once a month, we pose questions to artists about their work and lives. We recently asked a group of artists, How much of the “self” is in your art?

At what remove do you keep yourself (as a participant/subject), your experiences and memories, and/or your closely-held beliefs from your art?

Part two of a two-part discussion. 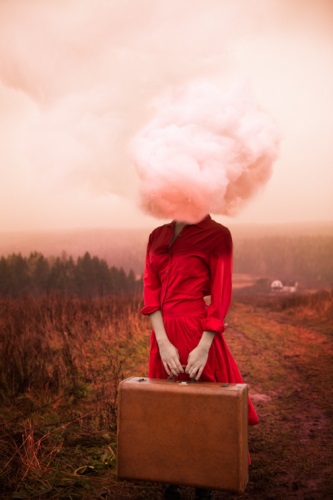 Alicia Savage, photographer
As a self-portrait photographer, my work is very much self-reflective and a source of how I process and document my experiences. But as an artist and human being I also recognize that many of the emotions and experiences that I am expressing through my images are universal – self-discovery, hesitations, curiosity, etc. My images reflect these internal focuses while refraining from exposing specific details in order to allow others to apply their own experiences and interpretations of it – emphasizing the core elements that I feel and hope we can all relate to. 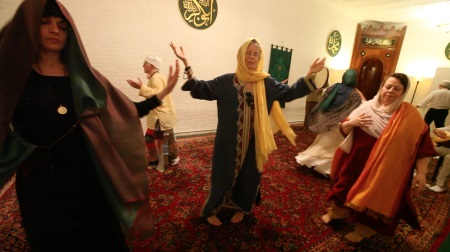 Zachary Stuart, documentary filmmaker
As a documentary filmmaker, this is always a big question I ask myself. Most of the work I’ve done has focused on the personal, telling a story about myself or my ancestors. But anytime I decide I want to show something in a documentary frame, I must have a level of interest in it that reflects something of myself. My production partner Kelly Thomson and I have always been seekers of the truth, whether it be through social justice, introspection or education. The last film we made together was about my great-grandfather, a very important early anthropologist. This was incredibly personal for me. Yet it was a struggle to write my own voice and convey my thoughts because I was torn between having some level of objectivity about my ancestor as an historical figure and my personal connection to him. This is where Kelly as a co-director was very important. However at a certain point in the process, her personal investment in the ideas of the film became just as caught up in the material as my familial connection to the characters. Now we have begun a new project about Muslim women, a topic closer to Kelly’s interest and something I felt I would be quite distant from. But as we’ve entered the world of our subjects, mystical women who tell us that destroying the self is what leads to revealing truth, I’ve become just as caught up in their experiences, and have myself been transformed despite the distance the camera brings… 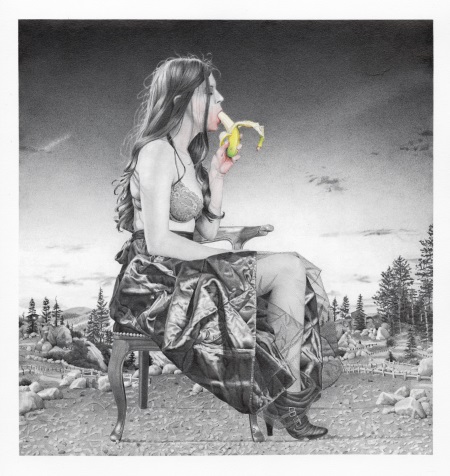 Kay Ruane, visual artist
Before starting a series of drawings, I often take a run through the woods and open myself with all of my senses to the world. It becomes a synesthetic experience. My sense of self merges completely with the world around me. This interaction and communication triggers images. Sometimes I collect objects that reflect those images. I begin to sense the coming drawings, as if they’ve already been completed and it’s my task to go back in time to make this future vision concrete.

Next is usually a photo shoot. If it’s a self-portrait, I surround myself with some of the objects. As my husband photographs me, he enters the work as I am seen through his eyes. I become and feel more like a subject, like one of the objects I’ve gathered.

As I draw, I often find myself merging with the drawing, as if there are no boundaries between it and myself. Yet at the same time, the figure becomes someone else. I have a sense of a personality, but it doesn’t seem to be me. As the drawing becomes more concrete and detailed, my “self” becomes more defuse, a surrogate for every self.

Tara Nelson, film & video artist
Separating myself from my artwork has never occurred to me. Perhaps this comes from many years of being my own (and often – only) audience, when I used art to reveal something about myself, to myself. I am always responding to my own life through my artwork, and I try to surprise myself as much as possible. Conclusions are the enemy! I try to leave the door to the imagination wide open, to give myself a way back in when I return to the work as time goes on.

On the other hand, I believe that my films must be allowed to live their own lives. They have to be free to succeed or fail on their own, to travel the world and (in the case of my Super 8 films) pick up a few scars that will change them forever. My artwork – like myself – must be vulnerable to be interesting. 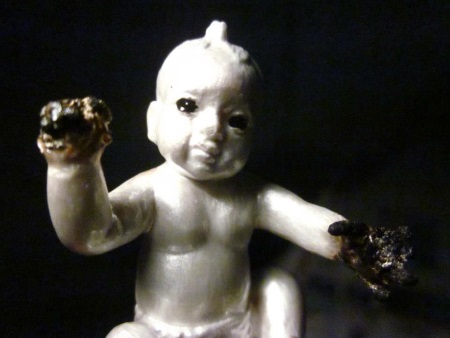 Tara Nelson is an award-winning film & video artist. Her work is in the group exhibition Psychic Panic at SPACE Gallery in Pittsburgh, May 16-June 29.

Kay Ruane is a visual artist who lives and works in Cambridge, MA. Her work has been shown in galleries and museums around the country, including the Miller Block Gallery (now Miller Yezerski Gallery) in Boston MA, the Jenkins Johnson Gallery in San Francisco CA, and the deCordova Sculpture Park and Museum in Lincoln MA.

Alicia Savage is a photographer whose work is currently exhibiting in Fall Back, Spring Forward at the Photographic Resource Center in Boston (through May 17), part of the Flash Forward Festival.

Zachary Stuart is co-founder, with Kelly Thomson, of the film company Sly Productions. Watch the trailer for their new piece on Vimeo.

Images: Alicia Savage, HEAD IN THE CLOUDS (2012); still image from the film-in-progress SHAYKHA by Zachary Stuart and Kelly Thomson; Kay Ruane, EAT (2013), graphite and gouache on paper, 11.25×11 in; still image from the video installation SUKHA/DUKKHA (Comfort and Sorrow) by Tara Nelson.