You are here: Home / call to artists / Precision Artist Opportunities 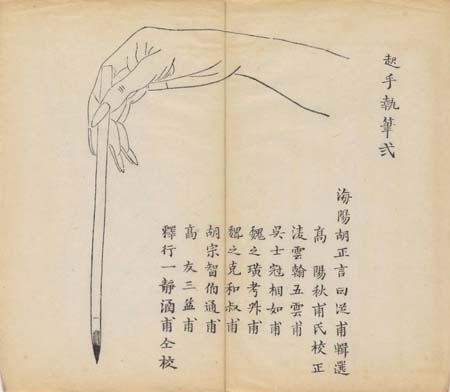 Steady as she goes.

Call for Proposals The Brayer in Ventura, CA, specializes in contemporary art by emerging and mid-career artists has announced a call for proposals for shows from now until the April 2016. Solo shows, small group shows, and installations are welcome. Artists of all mediums and genres can apply. Learn more.

Playwrights The Yale Drama Series is seeking submissions for its 2016 playwriting competition. The judge is playwright Nicholas Wright. The winner of this annual competition will be awarded the David Charles Horn Prize of $10,000, publication of his/her manuscript by Yale University Press, and a staged reading at Lincoln Center Theater. Learn more.
Deadline: August 15, 2015

Public Art on the T At the Blue Hill Ave stop planned for Mattapan on the Fairmount Line, the MBTA is inviting artists to work with architects and design 12 porcelain panels however they can imagine them. The MBTA could pick up to four artists, who would also be paid a $17,500 stipend. Learn more.
Deadline: August, 17, 2015

Of Note: The New York Foundation for the Arts invites all artists and cultural institutions to join #ArtistHotline, an Artist’s Professional Development Day on Twitter, every third Wednesday of the month from 10AM – 8PM EST. Join them on August 19, 2015.

Playwrights Upstream Artists’ Collective in Brooklyn, NY is looking for scripts from local, national, and international playwrights. The mission of Upstream is to produce new work with a focus on environmental and climate concerns in non-didactic, storied ways. Special consideration to: full length plays of less than 90 minutes, plays with music (not musicals), few characters, and poetic storytelling. Learn more.
Deadline: August 22, 2015

Public Art on the T For the new Chelsea Commuter Rail Station, across the street from the new bus rapid transit stop in the neighborhood, the MBTA seeks artists to decorate porcelain panels with up to 22 designs. Up to four artists could be selected to take part, each of whom would take home an anticipated $17,500 design fee. Learn more.
Deadline: August 24, 2015 (11:59 p.m.)

Public Art on the T At Wollaston Station, the MBTA is asking artists to take part in the design process, collaborating with architects for a rehab project at the existing Red Line stop in Quincy. Approximately $125,000 is included in the budget for the project for artwork, including a $25,000 design fee for the artist whose work is selected. Learn more.
Deadline: August 31, 2015

Peforming Artists The guidelines and online application are now available for the 2015-2016 USArtists International program. The program supports performances by American dance, music, and theater ensembles and solo artists at important cultural festivals and arts marketplaces anywhere in the world outside the United States and its territories. Learn more.
Deadline: September 4, 2015

Call for Art  IPCNY presents a selection of new prints several times per year. New Prints 2015/Autumn will be IPCNY’s 52nd New Prints Exhibition, and it will be selected by artist Tomas Vu. Only original fine art (limited edition and unique) prints are eligible; reproductions of other artwork such as drawings or paintings are not acceptable. Videos and other media made from prints are acceptable. Learn more.
Deadline: September 9, 2015 (11:59 p.m.)