You are here: Home / film/video / Polis Is This on PBS 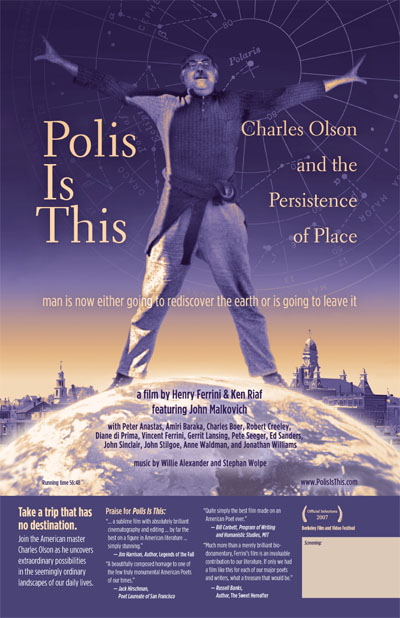 Last Sunday, April 5, 7,500 households tuned in to see Polis Is This, a film by Henry Ferrini and Ken Riaf about the venerable Gloucester poet Charles Olson, on Boston’s WGBH. Along with the WGBH airing, the film has shown on stations throughout the country and has upcoming showings in New York City and Philadelphia.

Polis Is This, which explores Olson as a poet and larger-than-life figure as well as his complex relationship to his chosen home of Gloucester, started with a Local Cultural Council grant in 1995. Now it’s airing on over 50 PBS stations from Hawaii to Manhattan.

Read about the film and view it online. Learn more about the Local Cultural Council Program.