You are here: Home / call to artists / Pawing Over Artist Opportunities 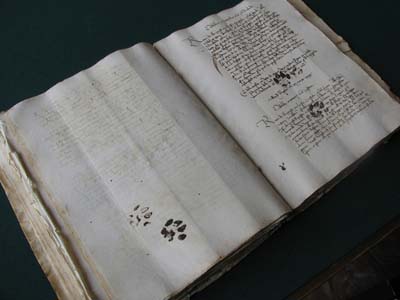 Painters  100 Painters of Tomorrow, a publication written by curator and gallerist Kurt Beer and published in 2014 by Thames and Hudson, is currently accepting entries from artists who use paint as their primary medium. There is no age limit for entry, but each of the selected artists will have gained professional recognition in the last five years (that is, since 2008/9) through their education, gallery representation or in the production of a significant body of work.
Deadline: March 22, 2013

Call to Artists Entries are now being accepted for the exhibition Take Me Out To The Ball Game, a special exhibition hosted at the Dedham Community Theatre. Open to all artists in Eastern Massachusetts. Learn more.
Deadline April 1, 2013

Artist Residency The Boston Center for the Arts (BCA) is accepting applications for the Artist Residency Program. This fifteen-week, process-oriented residency is awarded to two individual artists per year (no groups or collaborative pairs). Through a series of community programs jointly developed by the artist and the BCA, artists connect to the public and explore themes that inform their residency project. Learn more.
Deadline: Monday, April 22, 2013 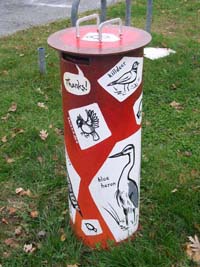 Visual Artists ArtWorks! Partners for the Arts and Community, Inc. in New Bedford, is currently accepting entries for their exhibition Nor’easter. Categories include painting, drawing, mixed media, sculpture, photography, ceramics, fiber, metals, glass, wood, printmaking and collage. The juror is Chris McCarthy, Executive Director of the Provincetown Art Association and Museum in Provincetown, MA. Email for a prospectus.
Deadline: May 1, 2013

Poets Anhinga Press is accepting submissions for its Robert Dana-Anhinga Prize for Poetry. A prize of $2,000, publication by Anhinga Press, and 25 author copies are awarded annually for a poetry collection. Last year’s winner was Anna Ross. Richard Blanco will judge. Learn more.
Deadline: May 15, 2013

Temporary Public Art The Fort Point Arts Community, Inc., with the support of the Friends of Fort Point Channel, is seeking proposals for a temporary work of public art for installation in conjunction with its annual fall Open Studios event in October 2013. The work of public art will serve to engage the public, highlight the Channel, the Fort Point neighborhood and its creative community, and promote their Open Studios. Learn more.
Deadline: June 3, 2013

Photographers En Foco’s New Works Photography Fellowship Awards #17 is open to U.S. based fine art and documentary photographers of Latino, African and Asian heritage, and Native Peoples of the Americas and Pacific. The program encourages artists to create a new or continue an in-depth photographic series, in any photo-based fine art or documentary style/genre.   Learn more.
Deadline: June 6, 2013

Call for Projects  FIGMENT Boston is currently seeking artists projects for participation in their annual weekend event. The work must be free, participatory, temporary work that leaves no trace after the weekend is over. Learn more.
Deadline: June 17, 2013

Of Note: The Filmmakers Collaborative has a conference coming up this spring called Making Media Now. The theme is Living the Connection Economy. Learn more.