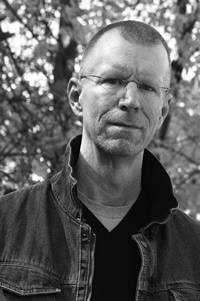 Patrick Donnelly (Poetry Fellow ’08) is one of the superb poets taking part in the Massachusetts Poetry Festival, a three-day schedule of workshops, readings, and performances in Salem, MA (May 12-14).

He’ll present a workshop on How to Be a Good Public Reader of Your Own Poetry at 2 PM on May 14, and, beginning at 4:30 PM that same day, he’ll join a group of his fellow MCC Fellows in Poetry for a reading at the Phillips Library at the Peabody Essex Museum.

We asked Patrick about the Festival, the craft of reading aloud, and his life and work as a proud contributor to the literary community at large.

ArtSake: At the upcoming Massachusetts Poetry Festival, you’ll be leading a workshop on best practices when reading one’s work aloud. Without spoiling it for participants, what’s the most important thing to consider in reading aloud your own work?

Patrick: Reading well begins, first, with the idea that readings can be an art form in themselves, and that serving an audience by giving a skillful performance is a worthwhile goal. (Some writers feel that readings are irrelevant or worse, but as a frequent consumer of readings, and an editor who has worked in small press publishing, I strongly disagree.) Secondly, reading well begins with the humbling realization that one might not currently be a strong reader, as well as the desire to become more skillful. Many very fine writers are missing one or more parts of this equation, and consequently we’ve all had to sit through readings that didn’t give the best impressions of the writing (or, sadly, the writer).

To state the obvious, performing for an audience draws on a completely different skill-set from creative writing, which is for the most part solitary, silent work. The skills that one needs to master to give an effective reading are the same that are taught in basic public speaking classes, which is something I highly recommend for every writer who isn’t otherwise an experienced performer. There are five very basic foundations for a good performance of creative writing: (1) plan, rehearse and time your reading well ahead of the event, (2) read slowly enough to be understood, (3) read loudly enough to be understood, (4) enunciate clearly, so as to be understood, and (5) speak like the real person or people whose thoughts and feelings are conveyed in the writing. You’ll notice that the common thread here is making oneself understood – there are many other more useful skills that one can learn in addition to that, but embodying the text will always be the most basic responsibility of the public reader. Simple as it may sound, this requires a greater concentration and expenditure of energy than most “civilians” (that is, people who aren’t professional performers) realize. Here’s an easy test of your own level of skill: if you don’t feel an expenditure of energy during your reading comparable to engaging in vigorous exercise, you aren’t doing it right.

ArtSake: I’m always interested in how writers’ jobs interrelate. How does your work as a teacher (including directing the Advanced Seminar at The Frost Place poetry conference center), editor, and translator affect your work writing poetry?

Patrick: My own mentors have been writers who combine their own work with service to the literary community and the larger community, with collaboration, and with creating opportunities for others to learn and to prosper. They didn’t tell me to imitate them in this, but I watched them do it, and it left the impression that this was the way to go. It’s not that living like that is easy to do – it’s not; there’s always some friction between the inside and the outside. But the artists who inspire the most admiration in me are the ones who make their uncertain, stumbling way in the difficult marketplace, not knowing where they’re going but never giving up, and not making it all about themselves. Shakespeare and Bach didn’t lead precious, protected lives; they somehow made all that deathless stuff working with other people, under the pressure of deadlines, worries about money, and all the rest. Shunryu Suzuki Roshi said, paraphrasing Dogen Zenji, “We are all deluded people, and before we attain enlightenment, we should establish our true practice in our delusion… If you make some mistake, you should establish your practice thereby. There is no other place for you to establish your practice.”

ArtSake: Your next collection, Nocturnes of the Brothel of Ruin, is forthcoming from Four Way Books. Is there anything you want to say about this collection, as a teaser of sorts? Any unifying force(s) that drove you to write the poems included? 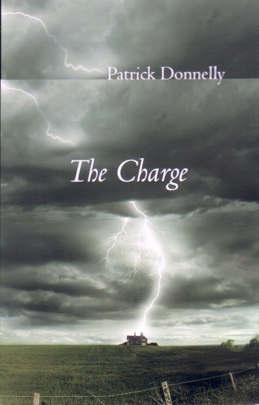 Patrick: I never want to get stuck in a “shtick” as a poet, doing the same thing over and over, even if it worked well before. So I was conscious while I was working on the poems that became this second book of wanting to shake up my practices, for instance by working the line and stanza differently. And in fact I did that. But also many aspects of the new book were inspired by my encounter with Japan, especially the thousand-year-old Buddhist poems that I’ve been translating since 2004 with Stephen D. Miller, professor of Japanese language and literature at UMass Amherst. (Stephen and I are also married, and we both love having this ongoing project that we can share.) The concerns and worldview of the Japanese poems were so interesting in relation to my own that they seemed to want to be invited into the book; in the final version I incorporated 16 of our translations into my own sequences. This has the added benefit of bringing other voices into the book, in which there’s a primary speaker, a version of me who’s been turned into a character. Some of the Japanese voices do read like his “avatars,” but others talk back to him, criticize and contradict him – which seemed an interesting and healthy development. Primary speakers shouldn’t be allowed to get too comfortable in their assumptions.

ArtSake: Along with the Massachusetts Poetry Festival events you’re a part of, what other festival events are you looking forward to attending?

Patrick: The Festival is such an embarrassment of riches that unfortunately several of the events I’d dearly love to attend – like Mark Doty’s talk, and the translation seminar with Kristine Doll, Bill Coyle and Miriam Margala (both on Saturday, May 14) – are scheduled against events I’m involved in elsewhere. Of course I’m also looking forward to hearing and meeting the 2008 and 2010 MCC fellows at our own reading. I have a feeling I’m going to be tiptoeing into many events in progress, and you can be sure I’ll be at Doty’s reading that evening with Kim Richey and Patricia Smith, with bells on. I’ll just add, too, that Stephen (who is a huge poetry fan) and I are planning to spend both nights of the Festival in Salem, which we’ve never visited. Part of the attraction of the Festival for us is getting to explore another part of this great commonwealth, which nurtures its creative economy in ways large and small. The MCC fellowship made a BIG difference at our house during the year in which I received it, and we’re both very grateful.

At the Massachusetts Poetry Festival, Patrick will lead the workshop How to Be a Good Public Reader of Your Own Poetry (House of Seven Gables Hooper House #1, 2- 3:30 PM, 5/14) and read his work in Follow the Fellows (Phillips Library, Peabody Essex Museum, 4:30-5:45 PM, 5/14), joining other MCC Poetry Fellows Ben Berman, John Canaday, Regie Gibson, Sharon Howell, Rosann Kozlowski, and Leslie Williams.

Patrick Donnelly is the author of THE CHARGE (Ausable Press, 2003, since 2009 part of Copper Canyon Press) and NOCTURNES IN THE BROTHEL OF RUIN, forthcoming from Four Way Books in spring 2012. He is an Associate Editor of Poetry International, and Director of the Advanced Seminar at The Frost Place. He has taught at Colby College, the Lesley University MFA Program, the Bread Loaf Writers’ Conference, and elsewhere. His poems have appeared in American Poetry Review, Slate, Ploughshares, The Yale Review, The Virginia Quarterly Review, Hayden’s Ferry Review, The Massachusetts Review, and many other journals. With Stephen D. Miller he translates classical Japanese poetry and drama; their translations have appeared in many journals, including Bateau, Circumference, Metamorphoses and New Plains Review.