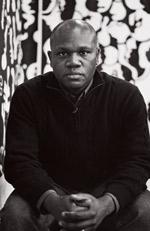 Here’s a short video produced by NECN on Nelson Da Costa, a painter whose work has been shaped by childhood memories of Angola. A refugee of the Angolan civil war,
Da Costa attended art school in Cuba before moving to the United States. He recently earned his M.F.A. from the School of the Museum of Fine Arts/Tufts University.