You are here: Home / film/video / Page to Screen, Part II 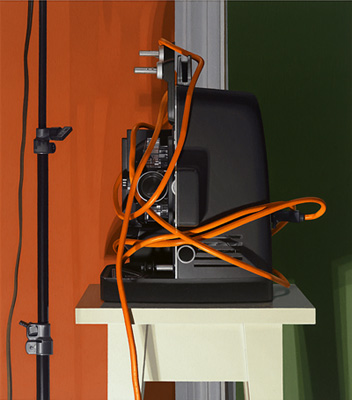 Further adventures in movies
Yesterday, we talked about adapting novels to film and past MCC awardees who have done so. Today, ArtSake returns to Hollyword (i.e. the special place movies of books get made).

The following is a list of books by past state fellows in literature that have been made into movies.

Tim O’Brien (’76) wrote the short story “Sweetheart of the Song Tra Bong,” included in his seminal book The Things They Carried (1980). “Sweetheart” was later adapted into the movie A Soldier’s Sweetheart (1998), which starred Kiefer Sutherland.

Rita Mae Brown (’77) is the author of the Mrs. Murphy “cat” mysteries, and she adapted her novel Murder, She Meowed (1996) into the 1998 TV movie Murder She Purred: A Mrs. Murphy Mystery. (Fun fact: Brown has written a number of other screenplays and teleplays, including the script to the 1982 film Slumber Party Massacre. According to IMDB, she wrote the script as a parody, but the producers decided to film it straight-faced!)

Honorable Mentions
Sabina Murray (’02) wrote the lauded short story collection The Caprices. While her books have yet to be adapted to the screen, film director Terrence Malick commissioned her to write the screenplay for the film Beautiful Country.

Regie O’Hare Gibson (’10), and his poetry, appear in the 1997 movie Love Jones. According to a Taunton Daily Gazette interview, the film was actually loosely based on events from Regie’s life. A meta-adaptation?

We wish
Those are the adaptations we know of (tell us if we’ve missed any), but there are others we’d pay good American currency (or bartered lawn-mowing services) to see:

Francie Lin’s (’06) The Foreigner. The 2008 literary thriller won an Edgar Award for Best First Book, and if this smart, atmospheric, compulsively readable book isn’t optioned and filmed soon, then somebody, somewhere, should be fired (or at least get a noogie).

Pagan Kennedy’s (’10) The Dangerous Joy of Dr. Sex, a biography of Alex Comfort, creator of The Joy of Sex. Biopics are total Oscar-nip, and this has one has “eccentric, over the top performance” written all over it, so get on it, Leo (or whoever else wants to finally win one).

Steve Almond’s (’08) Rock and Roll Will Save Your Life. So many ways this nonfiction book about musical superfandom could go as a movie. Documentary about fanatics and the bands that fanaticize them? Freaks and Geeks-esque TV dramedy, soundtrack heavy on the Toto? (Experience Steve’s deconstruction of Toto’s “Africa” to see why.) Perhaps a liberally fictionalized story of dude being superfan of Styx, dude getting sick and needing kidney transplant, Styx donating its kidney to dude, saving his life, that’s right rock and roll literally saving dude’s life so he can actually join Styx and ROCK THE UNIVERSE?

(Instead of waiting for this movie to be made, you can check out Steve and Rock and Roll Will Save Your Life at a multi-media rock-stravaganza at Club Oberon in Cambridge on Thursday, July 8, at 8 PM. Literature, music, and bad hair are promised!)

What books would you add to the wish list?