You are here: Home / call to artists / Navigating Artist Opportunities 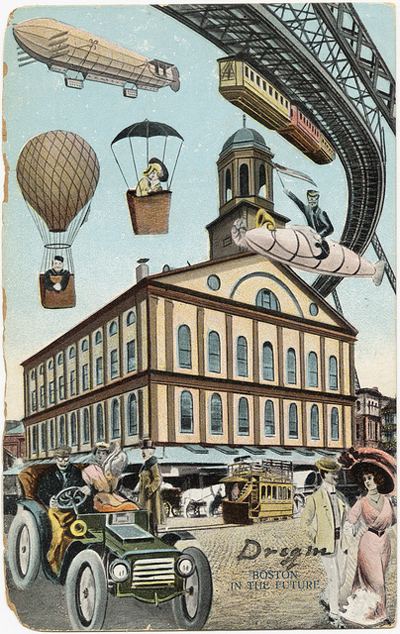 What? No bikes? Upside down trains. What a future!

Artists and Craft Vendors  Applications for venders for the FossFest stage of Carnaval@SomerStreets in Somerville on Sunday June 3rd from 12pm-4pm, are now being accepted. The vendor fee is $20 for a 10′ x 10′ display area, table and chairs. Learn more.
Deadline: Applications accepted until all spots have been filled.

Film & Video Artists Somerville Open Cinema has announced a call for short films and videos for screening during Somerville Open Studios on May 5-6, 2012. The film festival (taking place at Somerville Community Access TV) will screen short films/videos (under 10 min.) made in Massachusetts (with particular interest in those made in and/or with a connection to Somerville). No entry fee. Submissions on DVD or via filesharing service. Notifications by April 12, 2012. Learn more.
Deadline: April 5, 2012

Visual Artists  UForge Gallery is now accepting entries that will focus on the art of T-shirt design. The T-shirt has evolved from an undergarment of the 19th century to fashionable couture of today. They are trend setting, decorated and a form of personal expression. Your challenge as a participating artist is to promote your message through 2D (illustration, printing, photography or graphic). Whether marketing a product or influencing a movement, T-shirts say it all. Learn more.
Deadline: April 15, 2012

Fiction writers with children Pen Parentis offers the Writing Fellowship for New Parents, an annual $1000 prize for a fiction writer who is the parent of a child under the age of 10. The winner is also invited to a formal reading in NYC. Learn more.
Deadline: April 18, 2012

Poets The Iowa Poetry Prize offers publication of a new poetry collection, by University of Iowa Press. Submit a manuscript of 50 to 150 pages with a $20 entry fee. Learn more.
Deadline: April 30, 2012

New Works The Harvestworks New Works Program in New York City is offering commissions of up to $5000 to make a new work in their Technology, Engineering, Art and Music (TEAM) lab. Each artist receives up to a $2000 artist fee with the balance of the award used for the TEAM lab activities. The artist works with a team comprised of Harvestworks’ Project Manager and consultants, technicians or instructors. Learn more.
Deadline: May 1, 2012

Women Artists Residency The Turkey Land Cove Foundation in Edgartown, MA, is now accepting applications for their next retreat session for women. The retreat will occur from September 13-December 14, 2012.  Learn more.
Deadline: June 15, 2012

Visual Artists Artful Vagabond Productions invites professional visual artists to submit their work for consideration for a feature article in a 365-Day blog project as a tribute to artists and the creative mind. Each post features images from the participating artist and the accompanying article is an inspirational look into the creative process and the workings of the Artist Mind. No submission fee. Learn more.
Deadline: Accepted on a rolling basis until December 15, 2012