You are here: Home / artist voices / Nano-interview with Yanick Lapuh

We have a tidy, linear nano-interview with Yanick Lapuh, a 2010 MCC Painting Fellow. His work involves the repetition of geometric forms on rectangular canvases to play around with the idea of spatial illusion. 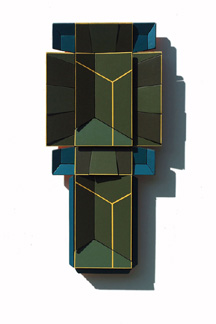 What artists’ work do you admire most but create nothing like?
Henri Matisse. I admire his going to the essential and the positive vibration that results. I like his apparent acceptance of his own humanity and of his limitations.

Do you live with any animals?
A very independent cat – which is good.

How do you know when your work is done? I feel it. It’s done when I’m inspired and energized by it, when I like looking at it. A piece is done when it gives me back energy.

What do you listen to while you create? Nothing. 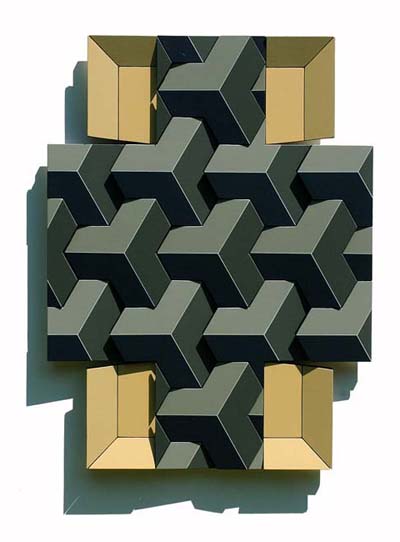 What films have influenced you as an artist? I consider films an art form in themselves. I watch many kinds but it is difficult to tell if any one has influenced me more than others. 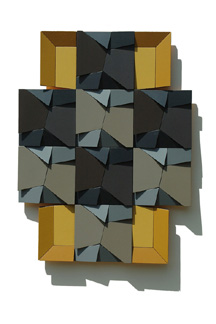 What are you currently reading? Matisse the Master: A Life of Henri Matisse: The Conquest of Colour, 1909-1954 by Hilary Spurling and recently finished The Shock Doctrine: The Rise of Disaster Capitalism by Naomi Klein.

Spring, Summer, Winter or Fall?
I love them all.

What has the MCC Artist Fellowship meant to you? It’s encouraging to see that there are actually people out there who appreciate my work. I’m very grateful for that.

Yanick will participate in small works invitational exhibition showcasing the works of eleven Massachusetts artists recognized by the MCC’s Artist Fellowship Program. Painted Visions will be at the Cultural Center of Cape Cod from July 13- August 8, 2010. The Opening reception is July 17 from 5-7 pm.