You are here: Home / artist voices / Nano-interview with William Pierce 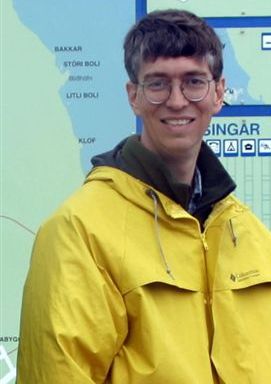 This is one in a series of hyper-efficient interviews with participants in the Commonwealth Reading Series.

AGNI is co-sponsor of an upcoming reading on Tuesday, February 10, at 7 PM at Porter Square Books in Cambridge. William Pierce (left) is the journal’s senior editor.

Editing, it seems to me, is a generous occupation. As both an editor and a writer himself, Bill is (you’d have to think) too busy to answer even the most nano of questions. But with characteristic generosity, he has.

MCC: What’s new and exciting at AGNI these days?

William: I guess two kinds of “new” dominate the lit mag business: the kind that feeds us as readers and the kind that qualifies as “news.” What keeps us goingwriting that makes us jump to accept it. A story by Valerie Vogrin in the spring issue feels like the best kind of response to the emergency of these bizarre timesit’s proof that imaginative writing is still the answer. Then there’s news. In recent issues we’ve published our first music CD and a film on DVD, and the spring issue sports a color fold-out, which we’ve never tried before.

MCC: What’s the main thing a writer submitting to AGNI needs to keep in mind?

William: Rather than mere competence and polish, we look for sentences that only one person could have written.

MCC: What writer in history would you refuse to publish, were he/she to submit to you today?

MCC: How do you balance your duties at AGNI with your writing?

William: I reassess and rebalance all the time, trying to keep the magazine from taking over. But editing feeds my writing. For me the conflict is all about schedule, nothing more fundamental than that.

William: I wrote once that a character’s tired legs felt like ground meat and rubber bands. I was young, what can I say?

William: I’m nearly finished with the draft of another novel. My first threeone written in those rubber-band days (senior year of high school)occupy a closet of great distinction.

William: Edith Wharton. She has a kind of memory and sensibilityand knowledgethat I would love to have but just plain don’t. Her novels are favorites of mine, especially the oddball Custom of the Country.

MCC: Were President Obama to create a cabinet post in the arts, whom should he appoint as Secretary?

William: Someone dead. Dead writers dont attract envy and can get their programs passed more easily.

William: Computer and longhand. I go back and forth to avoid the moss of a single posture.

William: How to count revisions? Even my first drafts typically go through seismic upheavals.

William: One of my stories I cut a third of just before reading itthe best edit I’ve ever made.

William: Sanderson, helpless, urged his muscle on the tinted windows.

MCC: What’s the worst day job you’ve ever had?

William: I worked as a “light industrial temp” in Ann Arbor. Our worst assignment was to pick thousands of Styrofoam peanuts out of a field of mud.

AGNI is co-sponsoring a reading with Michael Downing, Rebecca Kaiser Gibson, Rachel Kadish, and Joan Wickersham at Porter Square Books in Cambridge, Tuesday, February 10, 7 PM. Read about all of the events in the Commonwealth Reading Series.

William Pierce is senior editor of AGNI and contributes a series of essays called “Crucibles.” His fiction is forthcoming in Granta and has appeared in American Literary Review, The Dos Passos Review, and elsewhere. Other work has appeared in The Cincinnati Review, The Writer’s Chronicle, and Glimmer Train. In 2007 he was editor-in-residence at the Summer Literary Seminars in St. Petersburg, Russia. His first essay for AGNI, “Fabulously Real,” received special mention in the 2006 Pushcart Prize anthology.