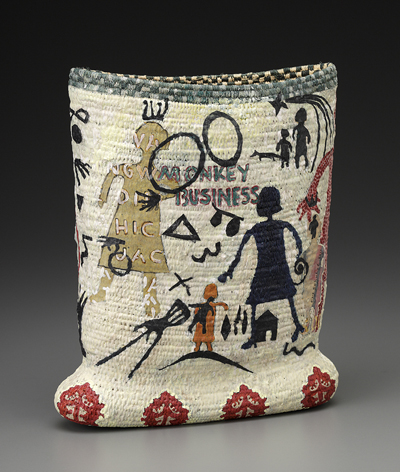 The fiber revolution continues to evolve in the hands of Elizabeth Whyte Schulze (Crafts Fellow ’09). If you look closely at her work, you’ll notice the influence of petroglyphs from the American Southwest, contemporary graffiti, and the cave paintings of Lascaux, a place that she actually visited firsthand (and we are all the better for it).

What artists’ work do you admire most but create nothing like? Richard Serra. I saw his installation The Matter of Time at the Guggenheim in Bilbao, Spain, and the experience was memorable. 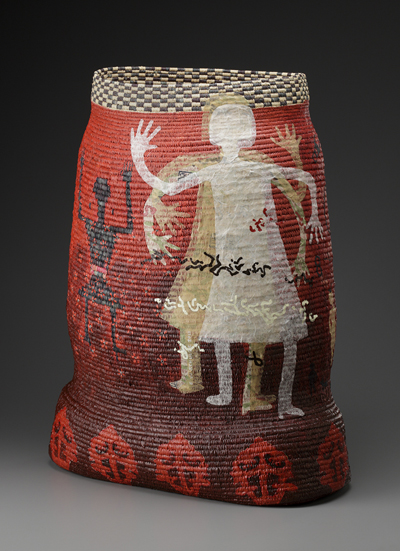 The unauthorized biography of your life is titled: It’s a Wrap.

What do you listen to while you create? Jazz. 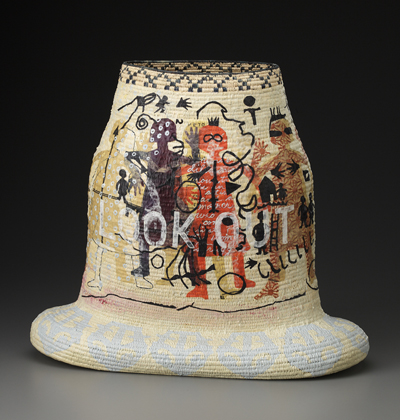 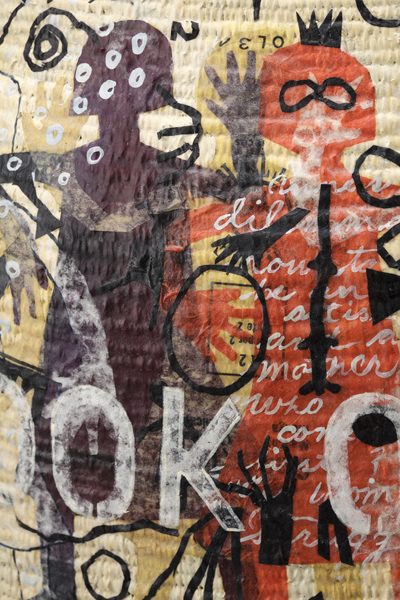 What are you currently reading? Four Seasons in Rome by Anthony Doerr.

What famous person in history would you like to have met? Louise Bourgeois. 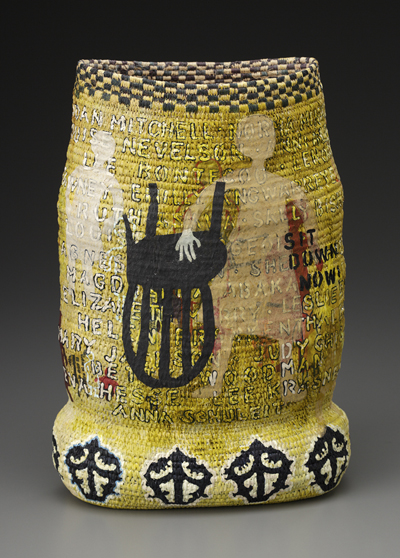 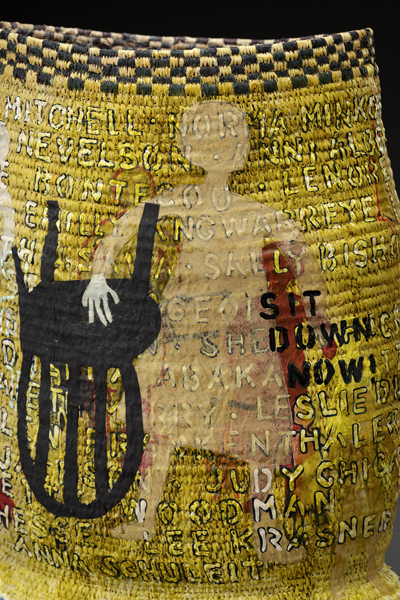 Why basketry? I arrived in Boston in the early 1970’s when the fiber revolution was taking place in the university art departments throughout the city. This development in the East and a similar one on the West coast changed the role of textiles as art. It was a stimulating time, as a new respect for the medium appeared, and in it I found my true interest in basketry. 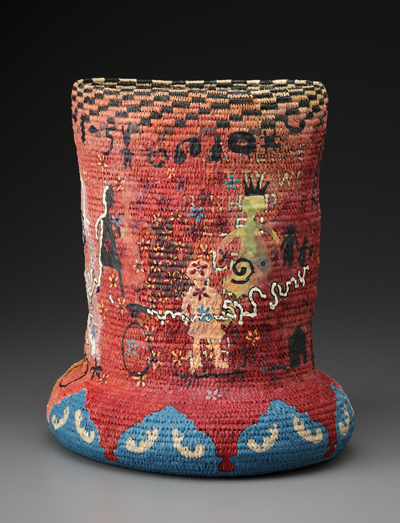