You are here: Home / artist voices / Nano-interview with Christina Thompson 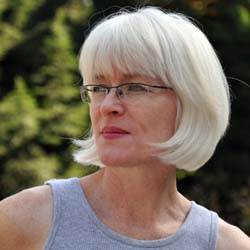 This is one in a series of exuberantly brief interviews with participants in the Commonwealth Reading Series.

Harvard Review is co-sponsor of an upcoming reading on February 5, at 7 PM at Porter Square Books in Cambridge. Christina Thompson (left) is the journal’s editor.

Along with her editorship, Christina is the lauded author of Come on Shore and We Will Kill and Eat You All, part memoir and part exploration of the uneasy history of Maori and European cultures in New Zealand. Unsurprisingly, she’s equally adept at nano-answering from either perspective, editor or writer.

MCC: What’s new and exciting at Harvard Review these days?

MCC: How do you balance your duties at Harvard Review with your writing career?

Christina: I’m half-time at Harvard but I also teach in the Writing Program at Harvard Extension and I have three kids, so the writing is always giving way to production deadlines or grading or parent-teacher conferences or something. I tell myself that this is why it took me so long to write my first book but it doesn’t make me any happier about it.

MCC: What are you working on these days, writing-wise?

Christina: Right now I’m reviewing a couple of books about Captain Cook, I’m going to write an essay about living with my 90-year-old mother, and then I’m going to start a new book about Polynesian Voyagers.

MCC: What writer in history would you refuse to publish in Harvard Review, were he/she to submit to you today?

Christina: Oh, probably William Burroughs. I have such a low tolerance for vulgarity.

Christina: I once said of a young writer whose book I was reviewing that, while most people had an ideal reader, they also had a reader from hell and, unfortunately for him, I was she. I’d take that back if I could. In fact, I’d take back the entire review.

Please revise the following sentence:
Though every muscle in his body urged him not to, Sanderson crept toward the gray-green Caprice.

Christina: Editing Harvard Review is the best job I’ve ever had; the worst job I ever had was as a telemarketer.

MCC: What’s the most surprising reader response you’ve ever received (could be a reader of your own writing or of the journal)?

Christina: Someone on the web once described Harvard Review as “the least experimental journal,” which I thought was so funny I considered having T-shirts printed with it.

Christina and Harvard Review are partnering with MCC to present Steve Almond, Lisa Nold, George Rosen, and Tracy Winn for an event at Porter Square Books on Thursday, February 5, 7 PM. Read about all of the events in the Commonwealth Reading Series.

Christina Thompson is the editor of Harvard Review. Her essays and articles have appeared in numerous journals, including Vogue, American Scholar, the Journal of Pacific History, Australian Literary Studies, and in the 1999, 2000, and 2006 editions of Best Australian Essays. She lives near Boston with her husband and three sons.