A few months back, there were a spate of headlines suggesting that the website Kickstarter had exceeded the National Endowment of the Arts in dollars supporting the arts.

Presented this way, the two models – crowdfunding and grants-based funding – might seem to be in opposition (the blog Createquity recently had a thoughtful exploration of why they’re not). Many individual artists seek support through both models, fitting the given project with the funding model that best suits it.

We thought it might be useful to round up some of the current, locally-based crowdfunding projects to see how Massachusetts artists are using Kickstarter, USA Projects, and IndieGoGo to raise money for their projects.

Cristi Rinklin is fundraising on USA Projects (thru April 27) to support Diluvial, a translucent wall-sized frieze to be installed at the Currier Museum of Art (learn more). Like other strong crowdfunding campaigns, this one makes its case by joining something dazzling (the art) with a concrete, substantial, and time-grounded goal (the June ’12 show at the Currier).

Author Scott Heim is using Kickstarter to support The First Time I Heard (thru Apr 29) an e-book series collecting essays by writers and musicians about the experience of first hearing the music of an iconic band. It has another key element of successful crowdfunding projects: it’s just plain cool. 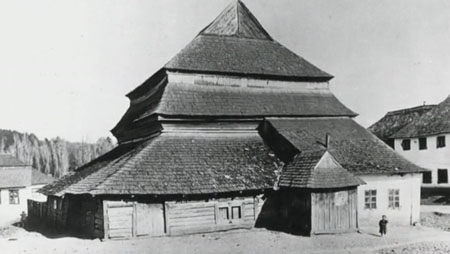 Rick and Laura Brown, aka Handshouse Studios, are raising funds (thru May 4) for a film documenting the replication of a 17th-century wooden synogogue destroyed in Poland during WWII. The social relevance of this project makes it stand out, as does its scale.

Anyone interested in helping support “the kind of independent, uncompromising art and criticism that’s often muffled by velvet glove of cultural bureaucracy?” The Baffler, a journal of political and cultural satire, has been reborn here in MA (published by MIT Press), and its editor John Summers is using Kickstarter (thru May 11) to support it. Irreverence never goes out of style, whether in periodicals or in crowdfunding campaigns.

Caleb Cole is using USA Projects to support (thru May 18) the publishing of a monograph of his Other People’s Clothes series of photographs. This project illuminates one of the benefits of the platform: you can offer really cool rewards to donors, such as a signed copy of the book Caleb is offering at some donation levels. 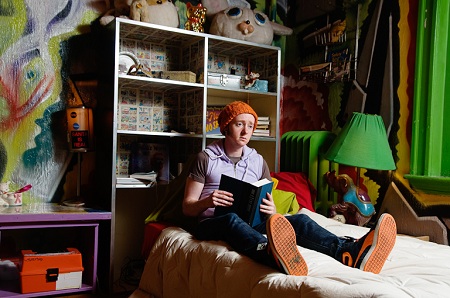 Eric Hofbauer is using the site IndieGoGo (thru May 19) to support the recording/production of American Grace, the third CD in his trilogy of solo guitar projects. On IndieGoGo, an artist can accept the pledged donations even if the total goal isn’t met (whereas on Kickstarter and USA Projects, it’s all or nothing).

Julie Akeret is well on her way to meeting her funding goal for the short, narrative film The Haircut using USA Projects (thru May 30). On ArtSake, Julie recently discussed how she took the leap into a new funding model while taking a creative leap on this project. 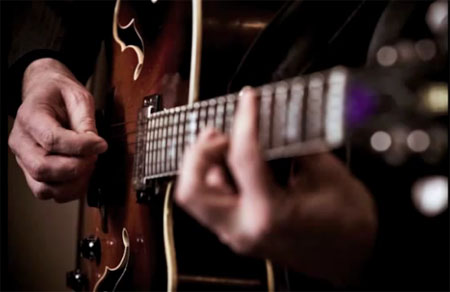 Candice Smith Corby and Leslie Schomp are curating Self/Fabricated, an intriguing exhibition of work by artists (including the curators, Jan Johnson, and others) who explore autobiography through cloth and stitching. Self/Fabricated, on USA Projects thru June 1, opens at the Art Complex in Duxbury Sept. ’12. Crowdfunding works best when projects have a strong connection to their intended communities, and this one benefits from a very well-defined regional and discipline-specific identity.

Learn more in Crowdfunding: A Primer.